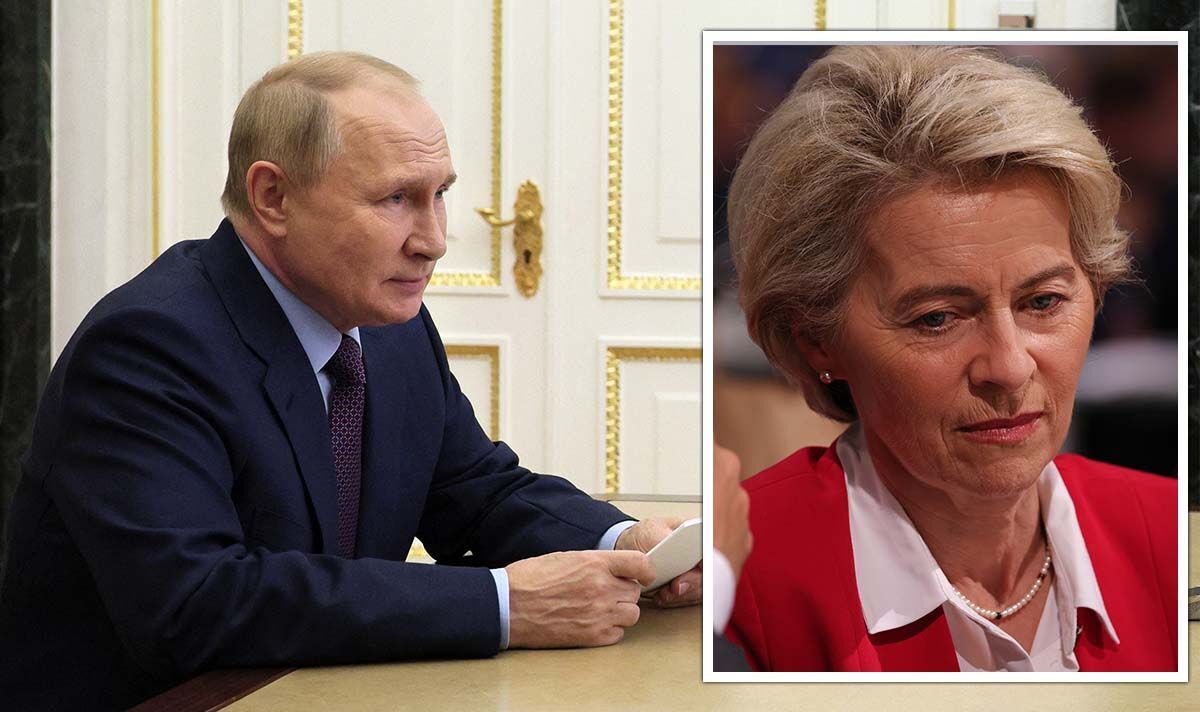 The European Union was left red-faced after a leaked document revealed the bloc isn’t any longer planning to impose a price cap on Russian gas imports. The EU Commission had introduced plans to accomplish that, in a bid to curb the soaring prices of wholesale gas, while also delivering a serious blow to Vladimir Putin’s war efforts by ending Russia’s money cow. Over the past 12 months, Moscow has enjoyed record profits due to the soaring energy prices.

In line with a leaked document, the bloc is popping back on Commission President Ursula von der Leyen’s plans to issue a price cap on Russian gas imports.

As a substitute, the bloc is focussing its efforts on tackling the huge profits made by oil and gas corporations, by issuing a windfall tax on “surplus profits” made.

The draft regulation on the “electricity emergency tool”, which was seen by the Guardian, doesn’t contain plans for a price cap, after member states failed to come back to an agreement over the proposal.

The draft revealed that apart from levying a windfall tax on fossil fuel energy corporations, the EU also issued a separate cap on the revenues earned by low carbon electricity producers like renewables and nuclear power.

In line with EU diplomats, the plan to impose a price cap on Russian gas was a really contentious measure when Ms von der Leyen first announced the measure, which is primarily aimed toward punishing Putin financially for the war in Ukraine.

The member states reportedly have “very contradictory views”, one EU diplomat noted, with Germany noting that it’s “sceptical” in regards to the idea.

Meanwhile, Hungary, which is Russia’s closest ally within the EU, is against the plan and is supported by Slovakia and no less than two other countries.

Lots of the EU countries which can be heavily depending on Russian gas were against this move, fearing that Vladimir Putin could retaliate by completely cutting off gas flows to Europe, plunging them right into a cold winter.

Cutting off all energy supplies to the fuel-starved continent can be devastating, and will end in rationing of supplies and even higher prices.

Nonetheless, the Commission disagreed with this suggestion, fearing that the bloc would lose out to countries that were prepared to pay for more for gas.