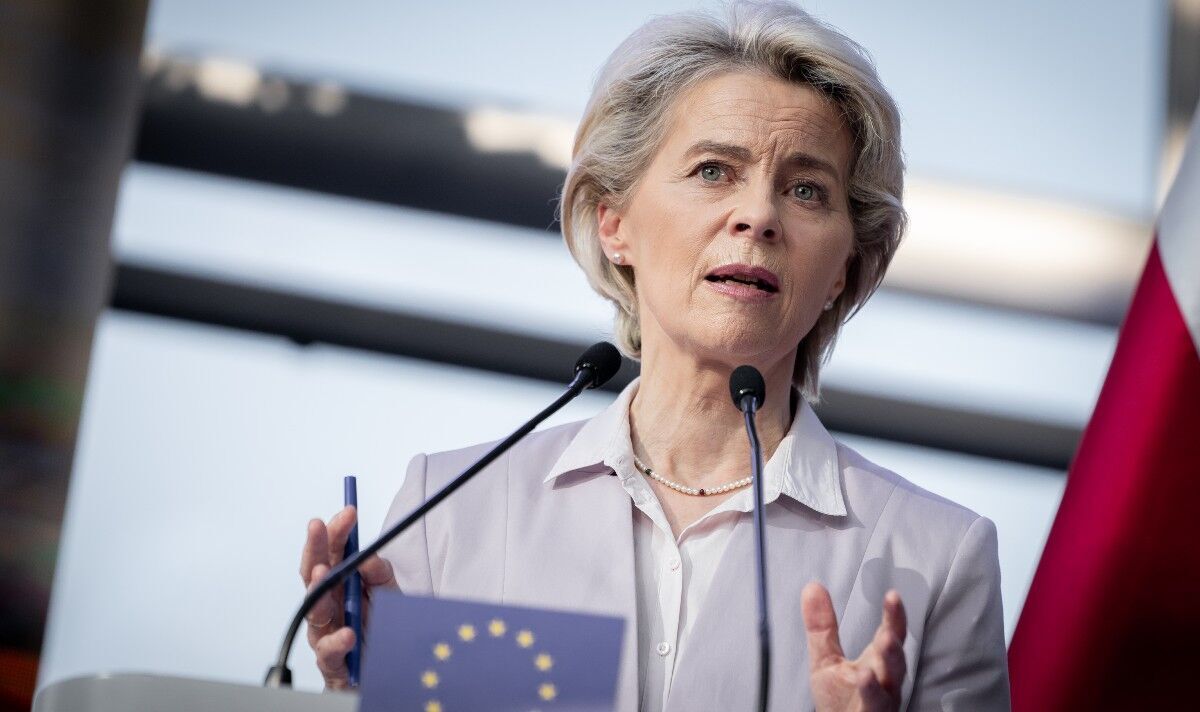 MEPs will meet today to debate the EU’S Fit for 55 plan, a set of proposals to revise and update the bloc’s green laws because it scrambles to slash carbon emissions by 55 percent by 2030. It is going to involve proposals to reform the Emissions Trading System (ETS), a set of market-based incentives which limit emissions across various sectors.

While the scheme currently places a cap on industry emissions, last yr, Ms von der Leyen and Commission Vice President Frans Timmermans pushed through with a plan to increase the ETS to personal households.

This is able to mean Europeans could be taxed further on heating and gasoline.

But this was not warmly welcome and sparked a furious backlash from a stark variety of members within the College of Commissioners.

In actual fact, as much as a 3rd of the College signalled opposition to the proposal, because the EU rebels warned that the initiative would cause public uproar and hit poorer people hard.

The Commission argued that it will redistribute the collected money so it may very well be handed back to the poorest affected households.

But as these funds could be distributed by national governments, it was unclear how much these households would receive.

It was made much more unclear as a few of those funds were reportedly going for use to purchase off Governments like Poland, which had been critical of the proposal.

But humiliatingly for Ms von der Leyen, within the European Parliament, the foremost groups in the Committee on Environment, Public Health and Food Safety (ENVI) agreed to exempt private households from paying the brand new carbon price on transport and heating.

READ MORE: How the UK, US and their allies could reply to a nuclear attack

And as several countries within the EU also oppose expanding the ETS to personal residents, it appears as if Ms von der Leyen’s plan may very well be dead within the water.

In keeping with a report by the Polish Economic Institute, the European Roundtable on Climate Change and Sustainable Transition and Cambridge Econometrics, extending the ETS to personal residents would have cost each household an additional €373 (£319) annually.

In an opinion piece for Euractiv, Piotr Arak, head of the Polish Economic Institute wrote: “This mechanism would hurt the poorest EU households essentially the most.

“They use the most affordable sources of energy and the upfront costs of switching to low-carbon technologies or implementing energy efficiency are frequently too high for them.

“In our paper, we estimate that emission costs would impose a median yearly cost increase in energy spending of 44 percent (€373 or £319) in transport and 50 percent (€429 or £367) in residential buildings for households in the primary (poorest) income quintile.”

He added that the poorest countries within the EU could be more vulnerable to the impact of the extension of the ETS.

He added that the countries with colder climates, similar to in Eastern Europe, would wish to make use of more heating and would unjustly face higher emission costs.