‘Evil Will Not Win’: Biden Denounces White Supremacy and Takes a Swipe at Trump 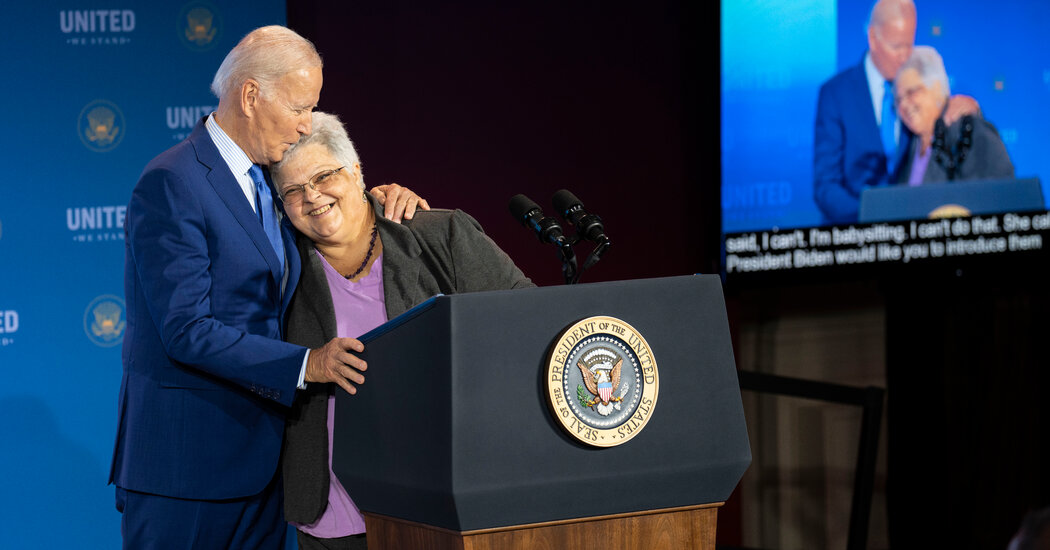 WASHINGTON — President Biden convened a summit meeting on the White House on Thursday to denounce white supremacy and other types of bias, calling on Americans to talk out against prejudice and taking a veiled swipe at former President Donald J. Trump for in his view countenancing hate-fueled violence.

“In America, evil won’t win, won’t prevail,” the president told a particular audience that included activists and members of the family of victims of hate-motivated attacks. “And white supremacists won’t have the last word.”

Mr. Biden has long said he decided to run for president after a white nationalist rally in Charlottesville, Va., in 2017 turned violent and Mr. Trump said there have been “very high quality people on either side” of the protest and the counterprotest. To strengthen that theme, Mr. Biden was introduced on Thursday by Susan Bro, whose daughter, Heather Heyer, was killed by a driver throughout the Charlottesville protest.

The “United We Stand” meeting, nevertheless, showcased the challenges of Mr. Biden’s vision of unity. No nationally outstanding Republican elected officials took part, although the White House did recruit Ana Navarro, a longtime Republican commentator and critic of Mr. Trump, and a few Republican mayors to talk. The event also showcased various nonpartisan and bipartisan efforts, including a latest organization established by former presidential aides to deal with what the group called “a rising tide of hate-fueled violence in America.”

While Mr. Biden didn’t mention Mr. Trump by name, he derided his predecessor’s response to the Charlottesville violence. “When the last guy was asked what did he think, he said he thought there have been some high quality people on either side,” Mr. Biden said.

The gathering got here two weeks after Mr. Biden delivered a scathing repudiation of Mr. Trump and “MAGA Republicans” as fundamentally anti-democratic. However the president responded to critics who’ve said that he’s the one dividing America.

“There are those that say if we bring this up, we just divide the country,” he said. “Bring it up, we silence it as a substitute of remaining silent.”

“Folks,” he said later, “we can’t be intimidated by those that are talking about this as in some way that we’re a bunch of wacko liberals.”