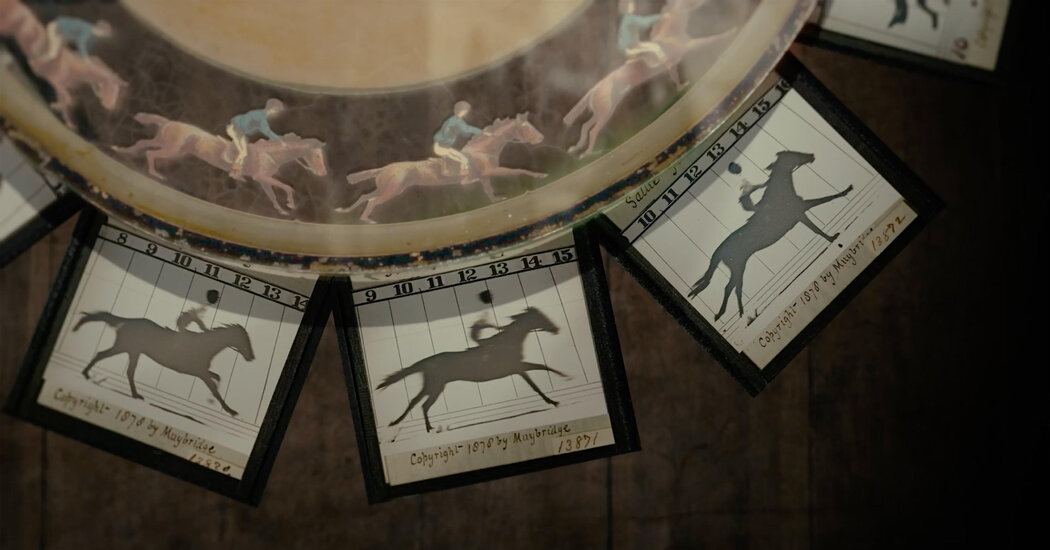 “Exposing Muybridge,” a documentary on the art and science of the pioneering photographer Eadweard Muybridge, trots into release lower than two weeks after Jordan Peele’s “Nope” put a recent highlight on Muybridge’s proto-cinematic images of horses in motion.

The documentary, written and directed by Marc Shaffer, is in some ways a normal, PBS-ready biographical survey during which talking heads relate the highlights of Muybridge’s profession. By comparison, Thom Andersen’s “Eadweard Muybridge, Zoopraxographer,” from 1975, made more progressive use of Muybridge’s photographs for visual and storytelling purposes. Still, Shaffer devotes time to facets of Muybridge’s legacy that don’t make all the usual rundowns.

Before Muybridge turned his attention to motion, the movie notes, he shot landscapes within the West. Shaffer trails the photographers Byron Wolfe and Mark Klett to Tenaya Lake in Yosemite National Park in California, where they fight to locate Muybridge’s original vantage point. In addition they analyze photographs of the identical location by the Twentieth-century photographers Edward Weston and Ansel Adams, to make clear Muybridge’s distinctive eye as an artist.

Others share views on Muybridge’s eccentricities. The actor Gary Oldman, a collector of Muybridge’s work who has been involved in attempting to make a Muybridge biopic, comes off as a serious enthusiast when expounding on the photographer’s motives and images. The biographer Marta Braun and the art historian Amy Werbel challenge the concept that Muybridge’s motion studies on the University of Pennsylvania should count as scientific, in keeping with the university’s ostensible expectations. The film historian Tom Gunning suggests that Muybridge was, unwittingly, something of a Surrealist forebear.

While starchy in presentation, “Exposing Muybridge” makes clear that its subject’s images still have so much to point out us.