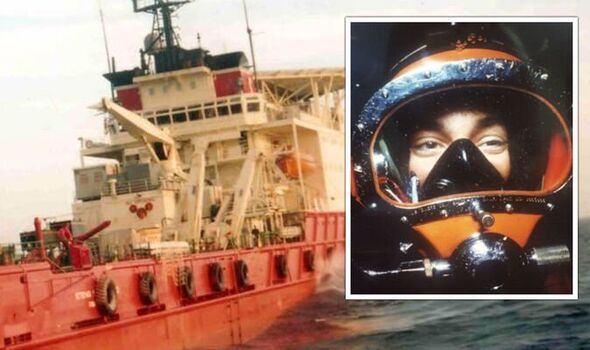 Dubbed Operation Blackleg, the saturation diving team, led by Lieutenant Commander Mike Kooner, was tasked with salvaging the wreck of HMS Coventry. The Type 42 destroyer was sunk by an Argentine Air Force A-4 Skyhawks on May 25, 1982. The horror attack took the lives of 19 sailors and injured an additional 30 – with the ship, and plenty of of its essential contents, sinking in only 20 minutes.

A memo found by Express.co.uk on the National Archives from the Ministry of Defence (MoD) stamped January 25, 1983, reads: “HMS Coventry was sunk in some 100 metres of water to the north of the Falklands Sound.

“Although too deep for casual, amateur diving, the wreck is accessible to skilled divers and it was, due to this fact, essential to recuperate classified cryptographic material.

“This was done by Naval divers operating from chartered vessel Stena Seaspread, which is now returning to the UK on completion.”

The mission was undertaken between October 13, 1982, and January 2, 1983, as fears swirled that the Soviet Union could get their hands on sensitive information.

It saw the team secure various weapons comparable to the Sea Dart missile and recuperate items including coded documents, the captain’s ceremonial sword and telescope, in addition to the Cross of Nails from Coventry Cathedral, presented in 1978 when the ship was commissioned.

Operation Blackleg was sent on a mission to the Falklands (Image: SUPPLIED) 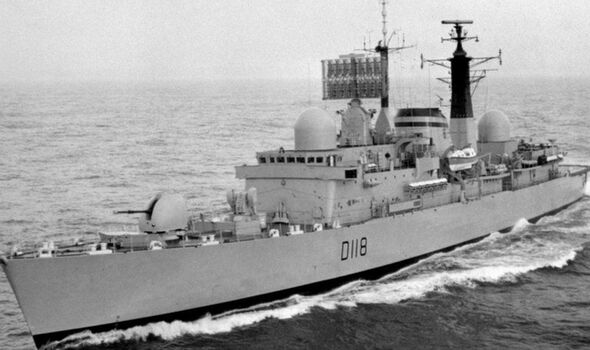 Our Naval Party 2200, aboard the Dive Support Vessel (DSV) Stena Seaspread, had reached its destination.

The ship is stationed 13- miles North of West Falkland Island within the tempestuous South Atlantic Ocean.

Directly below us, 300 feet down, laying on her port side, was the wreck of the Royal Navy’s Type 42 Guided Missile Destroyer, HMS Coventry.

Time tends to blur and deform memories. Yet, nearly 40 years on, the recollections of the war grave HMS Coventry have strengthened with clarity and poignancy.

What has affected me probably the most is the moving of the bodies of the fallen, those brave young men who sacrificed all the pieces and remain ceaselessly on watch.

Operation Blackleg was the codename given to recovering NATO sensitive equipment and documents.

Command, in a scene paying homage to a James Bond film and spoken with the seriousness of “M,” informed the divers, “If we fail to recuperate or destroy all of the items on the Ministry of Defence list, NATO could be set back by 25 years.” 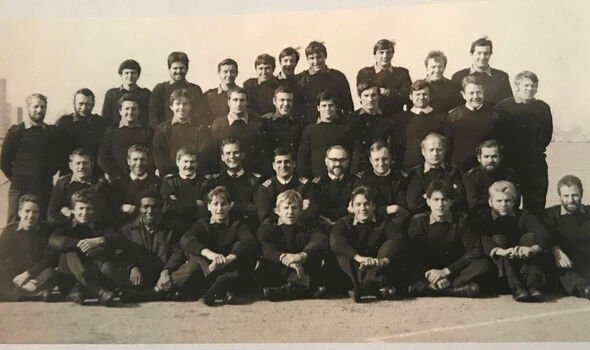 Heroic divers were sent in to salvage the vessel (Image: SUPPLIED)

On my first tour to the Coventry, I exited the diving bell and sat on the clump weight, which hangs by two metal cables just under the round entrance door of the bell.

Below me, the Remotely Operated Vehicle (ROV), with its twin lights and camera, illuminated small sections of the ship because it flitted across the large expanse of the grey hull.

I stepped off the clump weight and slowly drifted right down to the ship’s starboard side to begin cutting a bigger access hole.

I looked up on the diving bell, which now hung like a glittering Christmas bauble within the blackness of the encircling ocean. 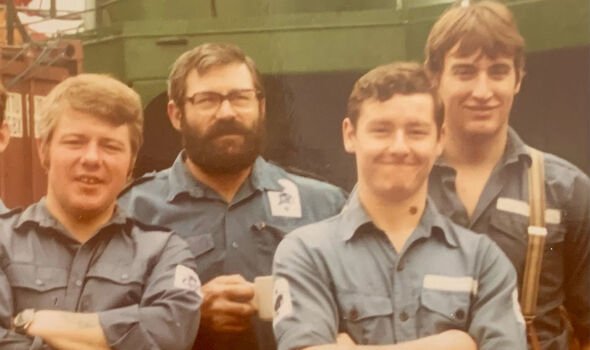 We continued cutting to enlarge the outlet as two-man teams with the same old unsettling small blowbacks.

Unfortunately, Clegg was to experience what will need to have been an enormous underwater explosion, the force cracking the thick polycarbonate face plate of his diving helmet.

Clegg made his way back to the protection of the bell, understandably shook up, but luckily was in a position to proceed to perform his diving duties.

The team was now split into two teams of three.

Harrison, Wilson and I formed a team. We were to rotate from Diver (1), Diver (2) and Bellman. 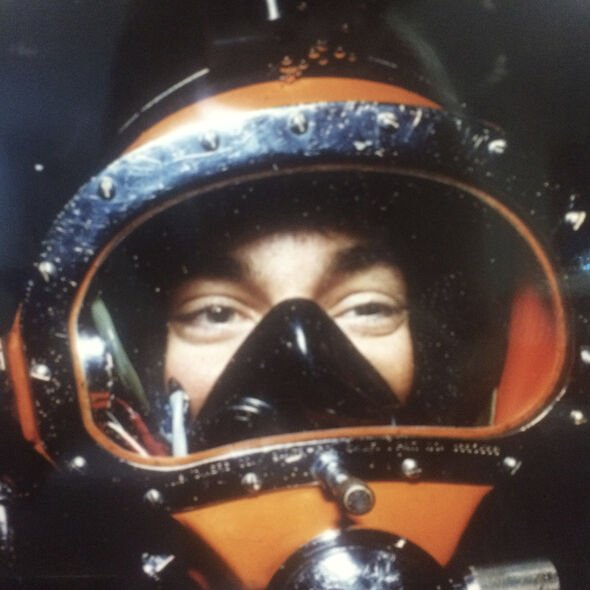 Mr Sinclair was the Lead Diver on the mission (Image: SUPPLIED)

Our task was for Harrison to enter the ship’s interior through the enlarged hole and myself to station contained in the lobby to tend the diver’s umbilical.

Harrison would then navigate his way along the passageway to the Computer Room to recuperate the crypto tapes from the computers. We knew a body lay over the doorway, which led on to the beginning of the passageway.

Edwards and Daber had finished their dive, clearing out the lobby to achieve access, once they got here across the body.

The divers were instructed to make use of the term Code Bravo for any deceased ship’s company that needed to be relocated to perform the operation.

Via radio communication, I informed Dive Control of the Code Bravo and what was to be done.

Assuming we had a greater grasp of the situation and Dive Control didn’t know what to do, silence was the reply.

Finally, after what gave the impression of an age, Harrison and I picked up the sailor and positioned him through the doorway. We let him go and watched him serenely float right down to his final resting place. 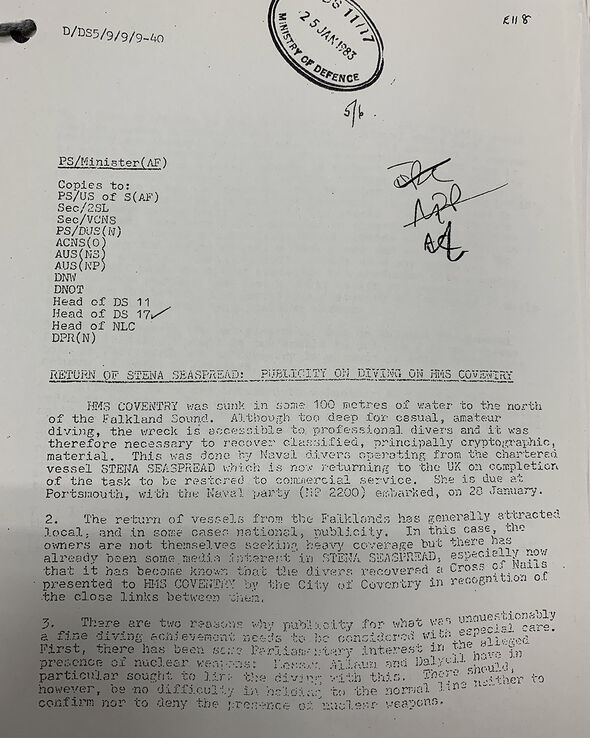 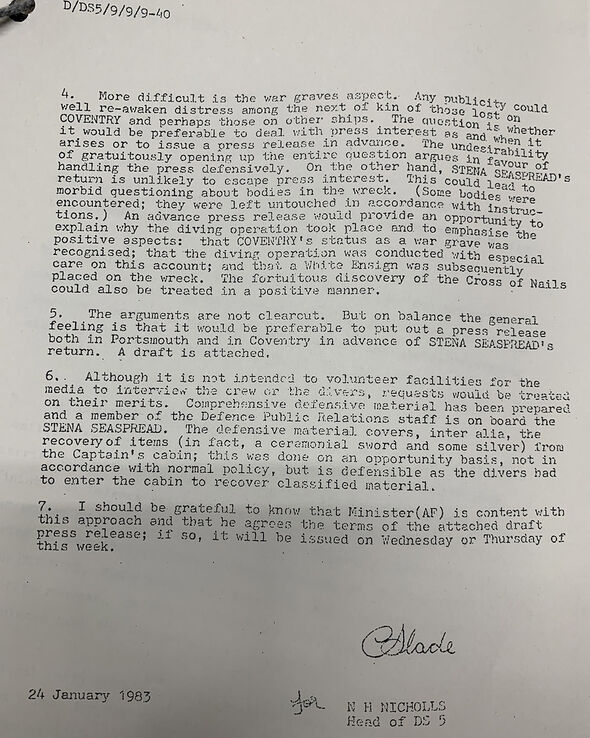 Harrison could now cautiously make his way along the passage to recuperate the tapes.

After about an hour, Dive Control informed me Harrison was trapped, and I needed to go along the passageway to where he was and free him.

I cautiously made my way, following his diver’s umbilical within the cramped and cluttered space to where Harrison was stuck.

He had his arms filled with cryptographic tapes. Wires and cables entangled around his diving helmet and bailout bottle.

Harrison was also wedged between a locker and the side of the ship’s structure.

He didn’t know I used to be there and was struggling to free himself.

I communicated to Dive Control to inform him to stay still.

I then set about removing the nest of wires and grabbing his bailout bottle on the back and his diving harness on the front and pulling him through the tight opening; that is the job of diver (2).

On the lobby, Harrison gave me the tapes and went back to recuperate the remaining tapes, that is the job of diver (1). 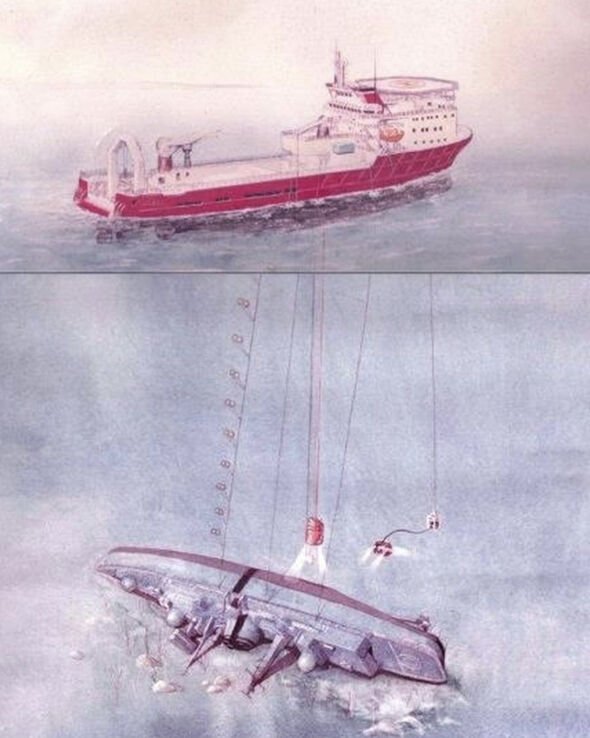 The first aim was to open the protected and recuperate the top-secret documents.

The team of Edwards, diver (1), Daber, diver (2) and Clegg (Bellman) were the primary team to enter the cabin. They were tasked with clearing out the clutter for a safer work environment.

I used to be to open the protected. I made my option to the protected, the dimensions of a small chest. Wilson on the surface, tending my umbilical. 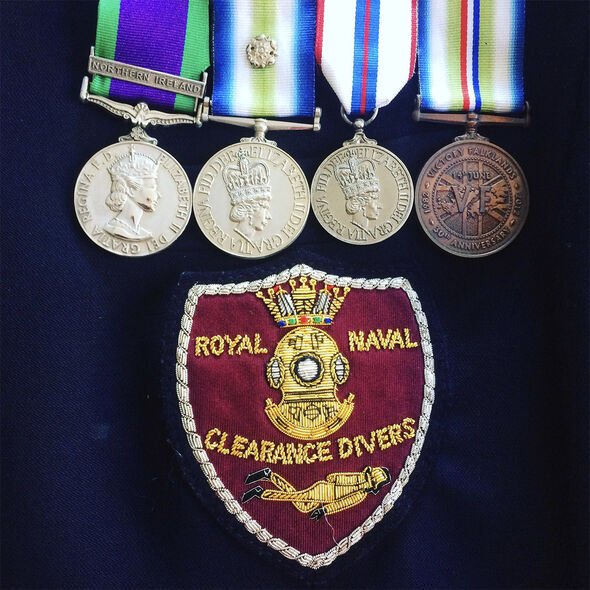 The team was a part of the Royal Navy Clearance Divers (Image: SUPPLIED)

Dive Control relayed the mixture, so many turns left, stop, a number to the proper, stop, three to the left, stop.

I then tried the handle, however the protected door didn’t open.

I attempted the mixture lock 3 times to no avail. Wilson passed down the oxy-arc cutting gear and, like a professional, cut into the protected. Once open,

I took out the documents marked TOP-SECRET.

I confess to reading a couple of, however the encryption was above my pay grade.

Also, within the protected were some beautiful silver ornaments, small candelabras, and I distinctly recall the small antique silver box with a stagecoach drawn by six horses embossed on the lid.

I put all of the silver right into a dark blue mail sack and handed it to Wilson. No money was within the protected in the best way of petty money.

Once I exited the Captain’s cabin, the protected was empty. 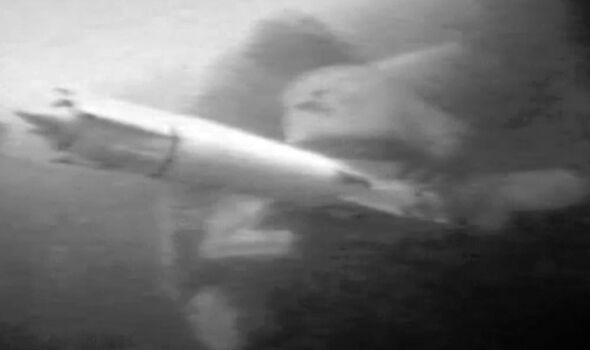 The last Sea Dart Missile. Armed and on the launcher. (Image: SUPPLIED)

There, on the launcher, was the last armed Sea Dart missile sticking defiantly out 90 degrees to the ship.

There would have been a unique consequence if this missile had shot down the attacking Argentine jets.

The highest side sent down one 4lb pack of plastic explosives and two 50lb charges.

I placed the 50lb charges on the ship’s superstructure at strategic locations.

I then swan over to the Sea Dart, straddle the missile like a bike, and secure the explosive pack to the warhead.

Command was unsure whether deep demolitions using cortex would work.

The diving bell and divers of 003 were now safely on board and commencing decompression. 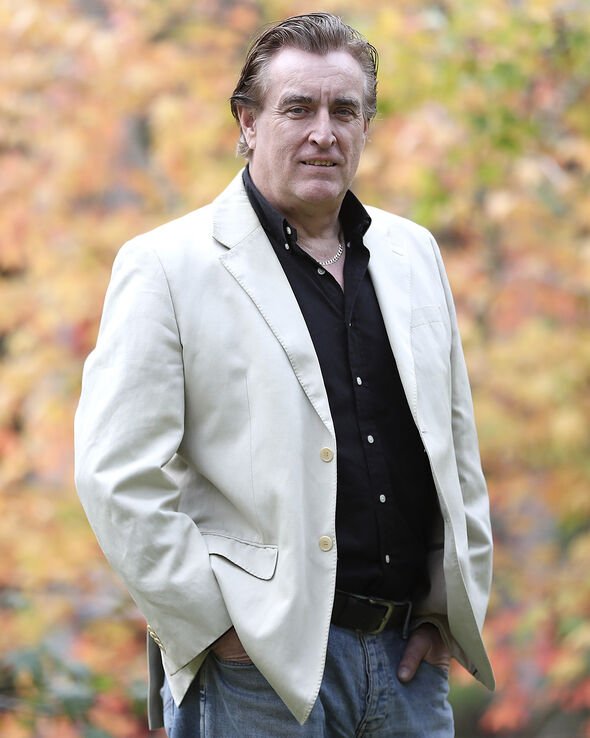 The Stena Seaspread moved off station. All three charges detonated.

For 30 years, as a result of the Official Secrets Act, only the MODs sanctioned accounts of the dives were allowed to be reported.

With no credit by any means given to the Leading Divers who completed the majority of the damaging, harrowing and demanding work.

Now, 40 years on, my account serves as a factual retelling as a journalist.

I’m immensely proud to have been a part of the three-man dive team that saw Petty Officer Micheal (Harry) Harrison awarded the Queens Gallantry Award.

This crew, including the 2 civilian contractors, Dive Supervisor Geoff Stone and ROV Operator Jim Pye, made this epic dive possible.

From probably the most junior sailor to Commanding Officer, this Royal Navy team deserved on the very least a Commander in Chiefs Commendation.