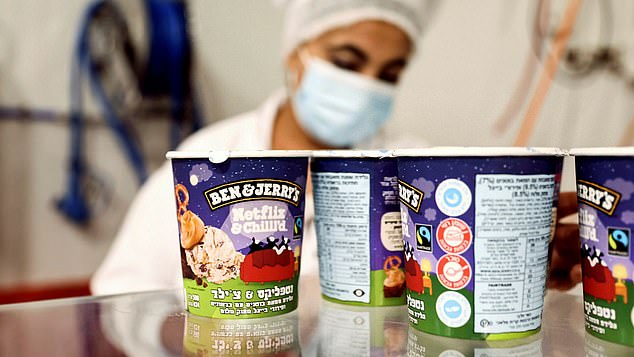 Of alL Britain’s top FTSE 100 corporations, Hellmann’s-to-Dove group Unilever lays claim to being probably the most attentive to the environmental, social and governance (ESG) agenda.

So it’s astonishing that an organization with such a ‘woke’ approach must have found itself caught in a year-long war with one among its best known offshoots – luxury Cookie Dough and Matzah Crunch ice-cream maker Ben & Jerry’s.

The dispute, over the manufacture, distribution and sale of Ben & Jerry’s within the Palestinian territories, and to settler communities particularly, touches a lot of raw nerves.

Efforts by Unilever to attract a line under the dispute by selling the West Bank operations to its Israeli franchisee have ended up within the Manhattan courts after Ben & Jerry’s declined a settlement offer.

A really small scoop of Unilever’s vast global operations is using up an ice-cream mountain of effort.

Despite Unilever’s sensitivity to social and governance issues, chief executive Alan Jope bravely drew a line within the sand when it got here to efforts by Ben & Jerry’s to dictate to its ultimate owners.

As Jope recently noted, the ice-cream firm should keep away from ‘straying into geopolitics’. The Vermont-based founders of the ice-cream maker, Bennett Cohen and Jerry Greenfield, say they don’t support boycotts.

Yet the intensifying battle with Unilever, economic owners of the brand, is something very near a boycott.

Unilever is playing hard ball within the dispute. As a part of its efforts to bring the renegade Ben & Jerry’s back into line, it has suspended pay to its independent board members.

In taking a tough line against the Vermont board, Unilever has a robust ally in the form of activist investor Trian.

Controlling shareholder Nelson Peltz, who has a seat on the principal Unilever board, has lobbied against pension funds which advocate disinvestment over the West Bank dispute. 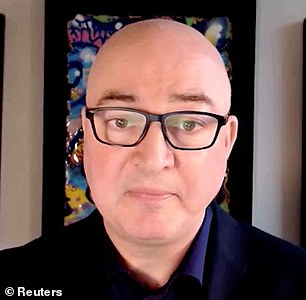 The row also exposes the rifts emerging in America’s vast – and increasingly less-connected to Israel – Jewish community. The views of founders Bennett and Jerry could be considered outliers. Vermont is probably the most radical state within the union. It’s the home of Left-wing presidential aspirant Bernie Sanders, a sometimes critic of Israel.

In living memory, the state capital, Burlington, was the one city within the US to boast an openly communist mayor. And when Unilever bought Ben & Jerry’s in 2000 – making its founders very wealthy people – it signed as much as a governance structure which Bennett and Jerry describe as ‘the magic’ of its success.

I’d enterprise to suggest that it just isn’t the ‘woke’ agenda which makes Ben & Jerry’s so popular however the sensible range of selection ingredients and flavours. Rising temperatures have made ice creams an amazing growth category – along with the rabbinical stamp of approval to be found on every Ben & Jerry’s tub.

When Unilever announced last month it had sold Ben & Jerry’s business in Israel to the local franchisee Avi Zinger of American Quality Products, it looked to have found a neat way of circumventing the Vermont board.

Unilever didn’t confine itself to announcing a business arrangement. It stated within the strongest terms that ‘anti-Semitism has no place in society’ and the corporate would don’t have any truck with the Boycott, Divestment and Sanctions (BDS) movement. In deciding on its approach to the issue, Unilever consulted extensively with the Israel government. 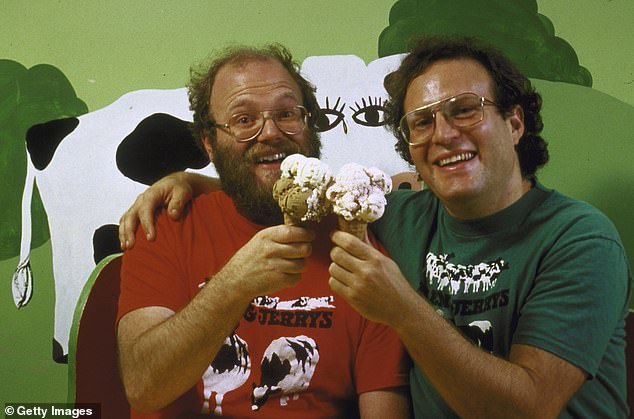 Unilever is unapologetic about its long association with the Middle-East. Its history within the region dates back to the pre-British mandate era, which ended with Israeli independence in 1948. It employs greater than 2,000 people there – from all backgrounds – and during the last decade has poured £211million into investment.

None of this has satisfied Ben & Jerry’s sanctimonious board. As a substitute, the Vermont legal motion within the Manhattan courts seeks to dam the sale to the Israel franchisee on the grounds that it’s protecting the ‘social integrity’ of the brand.

The B&J board voted 5-2 in favour of going to court with the 2 Unilever nominees the one dissenters. Given Unilever’s robust response, one might need expected America’s Jewish community to fall-in behind the corporate’s Solomon like decision. Not a little bit of it.

T’ruah, an organisation describing itself as ‘the rabbinical call for human rights’, has aligned itself with Ben & Jerry’s.

Claiming to represent 2,000 rabbis and cantors across North America, it argues that even though it doesn’t support BDS, it claims that Israel’s occupation ‘thwarts’ the two-state solution to the conflict between Israel and the Palestinians.

Unilever’s chief executive Alan Jope is unrepentant about its decision to sell Ben & Jerry’s to its Israeli distributor. He notes that while Ben & Jerry’s remain keepers of the moral stance of the brand, the London-based giant retains control of distribution arrangements. Thus it had every right to sell the business rights to the brand to its local Israeli partner. It’s standing firm within the face of the threat from Vermont.

Ben & Jerry’s should still be capturing the headlines but didn’t get a mention in Unilever’s first-half financial results released last month. What we do know is ice cream, particularly Unilever’s Magnum and Cornetto, are growing at high double digits.

Furthermore, contrary to the speculation, Jope is as committed to ice cream as ever despite the Ben & Jerry’s stand-off.

It will, in fact, be madness to get rid of ice-cream brands in the course of a European-wide heat-wave.

It’s paradoxical that Unilever is having fun with super growth in ice-cream sales because the US, UK and Europe stagger through an unprecedentedly hot summer.

The record-breaking temperatures are, in spite of everything, linked in lots of minds to the climate change Unilever seeks to challenge.