First ever rocket launch from the UK about to take off 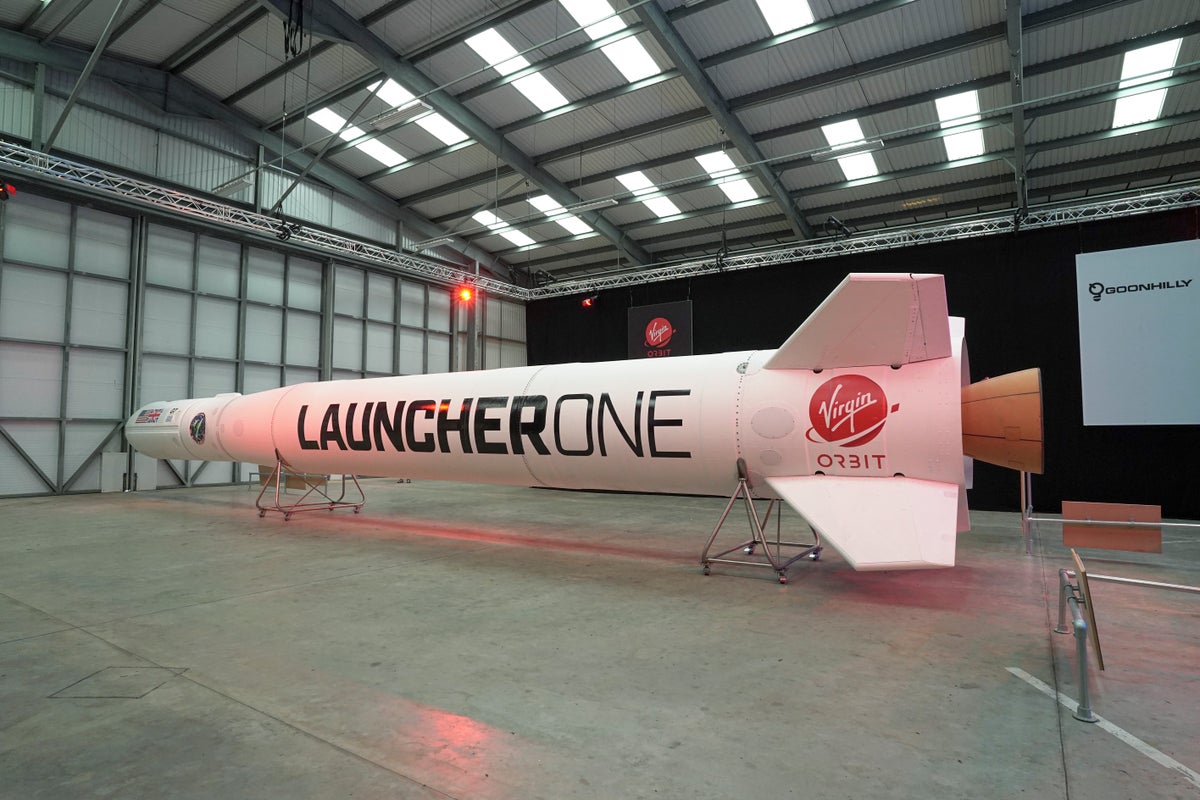 The UK’s first ever rocket launch is about to lift off.

The mission – which is able to carry a set of satellites into space, which has never happened from Western Europe before – is scheduled for Monday.

Mission controllers might be hoping that the brand new technology required for the launch, in addition to the weather, will hold out for the launch from Cornwall.

But in the event that they do then they are going to mark a significant a part of the ‘Start Me Up’ mission that backers hope will start a recent era of space launches from the UK.

The initial window for the historic mission will open at 10.16pm on Monday, with additional back-up dates continuing into mid and late January

The 747, dubbed Cosmic Girl, will take off horizontally from the brand new facility at Cornwall Airport Newquay while carrying the rocket, before releasing it at 35,000ft over the Atlantic Ocean to the south of Ireland.

The plane will then return to the spaceport while the rocket will ignite its engine and take multiple small satellites, with a wide range of civil and defence applications, into orbit.

They might be the primary satellites launched into space from Europe.

Up to now, satellites produced within the UK have needed to be sent to foreign spaceports to make their journey into space.

Ian Annett, deputy CEO on the UK Space Agency, said: “We’re entering a recent era for space within the UK with the primary ever satellite launch from UK soil and from Europe.

“This can be a significant landmark for the nation, the UK Space Agency and for all those that have worked so hard over a few years to make our ambitions to create a business space launch capability a reality.

“The event of latest orbital launch capabilities is already generating growth, catalysing investment and creating jobs in Cornwall and other communities across the UK.

“This may result in recent careers, improved productivity and encourage the following generation of space professionals, and that is only the start.

“I stay up for seeing more launches from other UK spaceports over the following 12 months, putting us firmly on the map as Europe’s leading destination for business small satellite launch.”

It was originally hoped the launch could happen before Christmas but because of technical and regulatory issues it needed to be pushed into 2023.

Dan Hart, Virgin Orbit chief executive, said: “After ensuring that each technical aspect is sound and each regulation and code has been satisfied, it’s gratifying to see this historic endeavour on the verge of coming to fruition.

“This launch represents the opening of a recent era within the British space industry and recent partnerships across industry, government, and allies.”

Melissa Thorpe, head of Spaceport Cornwall, said: “This is an exceptional moment with incredible international collaboration. Virgin Orbit, the UK Space Agency and all of our partners are breaking recent ground to rework access to space the world over from right here in Cornwall.

“My team at Spaceport Cornwall have worked so hard to get this far and we wish everyone the very best of luck because the launch window opens, we’re ready.”