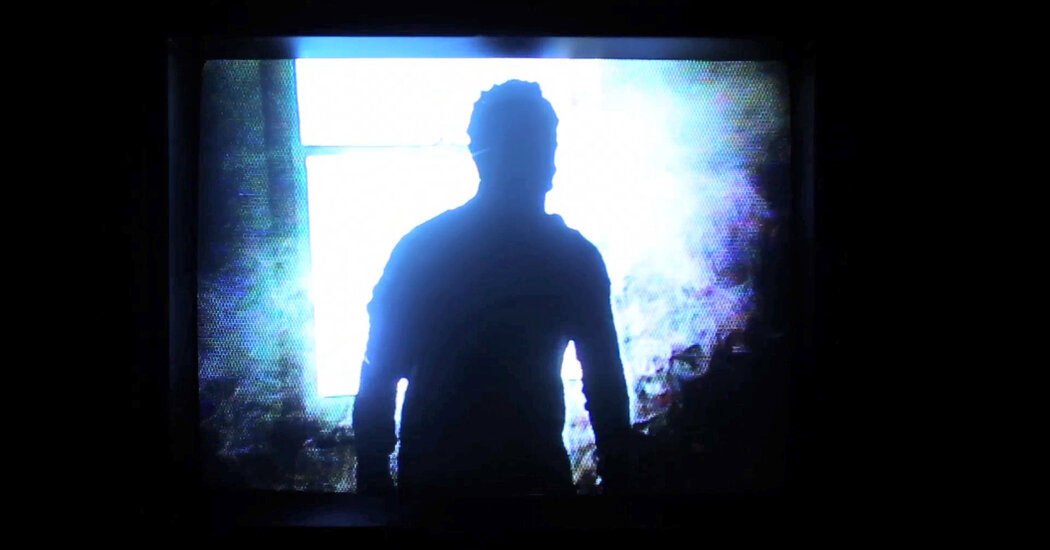 Rent or buy it on major platforms.

The brand new yr is simply days old, but this deeply affecting film is already a contender for my favorite scary movie of 2023. It’s a triumph of low-fi horror and a knockout narrative feature debut from the writer-director Paul Owens, a documentarian.

It begins as Mason, a young artist, returns to his soon-to-be demolished childhood home in exurban Recent Jersey, where he meets up along with his brothers. (Owens and his siblings, Seth and Mason, play fictional versions of themselves, as does their father, Jeffrey.) Wandering the rooms, Mason finds a VHS-era camera, and when he looks through the viewer what he sees isn’t the now however the then: clips from his family’s home movies, taken in the identical spots where he points the camera, along with his father a prevalent figure. (The house videos are the Owens family’s own.)

Mason is so taken by his supernaturally retro discovery that he starts recording, constructing a library of memories. But when the camera reveals that a sinister creature lurks in the home, Mason is forced to reckon with ghosts whose haunting days he thought were over.

It’s tough to pin down this spare yet exceptional film since it never stops wrestling: with loss, memory, death, fatherhood. With genre, too, because it intersects science fiction, found footage, experimental horror, documentary. Owens does so effortlessly and assuredly, and the result’s singular: It’s analog and futuristic, creepy and mawkish, heart racing and utterly heartbreaking.

Mark Mylod’s revenge thriller squeezes wine from low-hanging grapes: pretentious foodies, precious plating, one percenters. I got drunk on it.

A bunch of moneyed Americans — including a pompous restaurant critic (Janet McTeer) and a has-been movie star (John Leguizamo) — travel to a distant island to eat a dear, conceptually audacious meal by the renowned chef Julian Slowik (Ralph Fiennes) and his devoted acolytes. Clues that something’s amiss come early when the guests meet their hostess, Elsa (Hong Chau, perfection), who’s as severe in her appearance as she is in her hospitality.

But this isn’t any Noma: Julian is a vengeful madman who plans to serve his guests delicious food to die for — then actually kill them. What chef didn’t expect was a surprise guest: Margot (Anya Taylor-Joy), in whose cut-the-crap demeanor he sees hints of his own burger-flipping past. Their relationship fuels the film’s punishing final course.

As sinister and crafty as this death-cult horror story is, it’s funny, too; what’s for dessert is as loony because it is monstrous. Privilege, haute cuisine, finance bros: all of them take a beating, and the result’s a cutting mash-up of “Clue” and “The Exterminating Angel.”

Stream it on Screambox.

Petur (Gunnar Kristinsson) and his wife, Mira (Vivian Olafsdottir), move to the center of nowhere in Iceland to renovate a guesthouse. He loves the property but she doesn’t, especially when she learns that the previous owners left behind little greater than a busted crib.

Things get weird when Petur discovers a hole within the basement that’s been covered by a stone inscribed with a wierd script, an object he thinks could have something to do along with his wife’s unexpected pregnancy. (His sperm count is low.) But as a substitute of giving birth, Mira lays an egg that cracks open to disclose an cute human baby inside. She shrugs off the bizarre birth, but Petur supposes “that child,” as he calls his child, may be a demon.

On a cold day in 1987, Vivian (Ani Mesa) is surprised when her estranged similar twin sister, Marian (Alessandra Mesa), shows up at their childhood home, where Vivian still lives. What Vivian, a married housewife, doesn’t know is that Marian, a struggling singer, is on the run from an abusive boyfriend (Pico Alexander). Soon, and strangely, the sisters’ identities blur, right down to their hairstyles and wardrobes — and that’s when their entwined lives take dark detours.

Erin Vassilopoulos’s feature debut is less a horror movie than a psycho-thriller à la “Blue Velvet,” its spirit guide. It has more style than substance, and I’m not complaining; it’s a throwback to ’80s No Wave cinema, and I’m a sucker for low-budget movies about evil that lurked in Reagan-era suburban America, so it mostly kept me hooked.

The film’s punk charms wore off because the story neared a conclusion with too many mysteries piled up on the finish line. But man, would I like to go to the ghostly 16-millimeter suburbia the cinematographer Mia Cioffi Henry so evocatively summons.

Blackouts are plaguing Brazil, and the timing couldn’t be higher for a gang of Christian evangelical women who hunt other young women they perceive to be sexually impure, smearing them as Delilahs and recording their post-beatdown vows to just accept Jesus.

After being sliced within the face during an attack on a young victim, Mari (Mari Oliveira), considered one of the gang’s leaders, starts to query her sinner hunting. At a wierd hospital where she nurses coma patients, Mari slowly discovers that the Christian community she loves — surprise, surprise — teems with sexual secrets and toxic masculinity.

There’s nothing subtle about this “Purge”-like thriller, written and directed by Anita Rocha da Silveira. Siouxsie and the Banshees’ apocalyptic anthem “Cities in Dust” plays in its opening minutes, and the film ends with a screen-filling brawl between female and male true believers. In the center, da Silveira’s feminist message toggles between despairing realism and ultra-dark comedy, making for a sensible, if repetitive, takedown of non secular extremism.