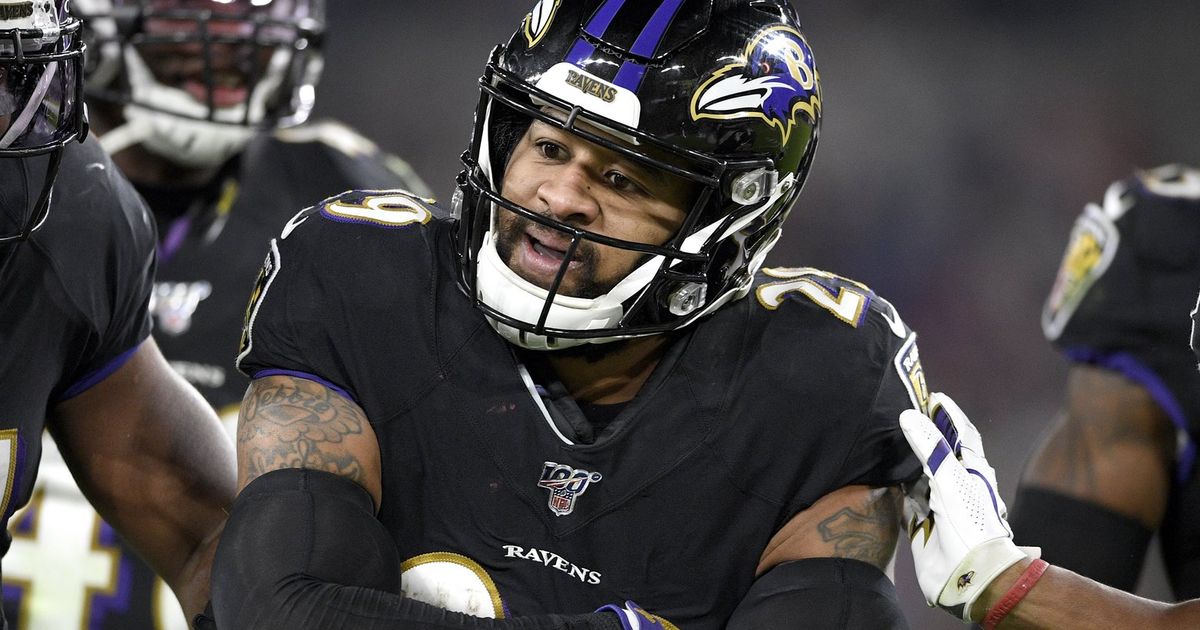 Sad is the word here.

That’s probably the most apt description of the once-revered Seahawk’s descent. Seeing Earl Thomas’ name within the news today doesn’t spark joy or inspiration anymore. It almost at all times prompts the query, “What did he do that time?”

On Friday, the seven-time Pro Bowl safety was arrested in Texas for violating a court protective order. Police said the violation occurred when he sent threatening messages to his ex-wife about her and their children. The 33-year-old faces a third-degree felony for multiple violations over the past 12 months, together with his ex telling police that he sent texts saying he had obtained two handguns and one other saying he would “kick [her] ass.”

Thomas’ lawyer told the Austin American-Statesman that the arrest warrant got here because of this of him reaching out to see his kids. Possibly. Can’t make a judgment without knowing all of the facts. But with Earl, the advantage of the doubt has been rapidly disintegrating.

Nine years ago, Thomas was the most effective safety in football and maybe probably the most talented member of Seattle’s vaunted defense. He had a special personality, but his honesty and quirkiness (the person wore a crown to his wedding) endeared him to the general public.

Super Bowl champ, three first-team All Pros, a wonderful bride and a $40 million contract — it couldn’t get significantly better for Earl Thomas. Now, it just seems to maintain getting worse.

Seahawks fans’ attitude toward Thomas first shifted when he shifted his attitude toward the team. Despite signing a contract that made him the highest-paid safety within the NFL, he spoke often of being “disrespected” since the Seahawks wouldn’t extend him with two years left on his deal. He even approached former Cowboys coach Jason Garrett after a game in Dallas in 2017 and asked him to, “Come get me.”

To be clear, Seattle coach Pete Carroll and general manager John Schneider have never prolonged a player with multiple 12 months remaining on his contract. Still, Thomas sat out of practices in 2018 because he didn’t feel the team was “invested” in him, and when he broke a leg in his final game as a Seahawk, he infamously flipped Carroll the bird while being carted off.

But Thomas is an exceptional talent. And in pro sports, talent trumps absolutely anything. So despite Earl’s antics, the Ravens signed him to a four-year $55 million deal in 2019 … which was the ultimate 12 months he played.

Yes, he made the Pro Bowl that season for a team that went 14-2. But in August 2020, he punched teammate Chuck Clark during an altercation at practice and was released for “personal conduct that has adversely affected the Baltimore Ravens.” No team has signed him since. The Texans thought of it but passed on Thomas after several players reportedly said they didn’t want him on the team.

It’s OK for fans and former teammates to feel hostility toward Thomas. He has made decisions which have prompted resentment at several stops. But there must be a component of sympathy as well. That is an all-time great who’s sabotaging his legacy and, if the most recent allegations are true, his personal life.

I’m undecided Thomas could be well-received if he made an appearance at Lumen Field anytime soon. I’m wondering if he has ruined his possibilities of joining the Seahawks’ Ring of Honor. Not that those ought to be his primary concerns straight away. Seems getting his life together ought to be Priority 1.

The world of sports is replete with comeback stories. Ryan Leaf became a successful football analyst. Michael Vick did, too. I just wrote a column on former Sonic Spencer Haywood, who is flourishing after overcoming a cocaine addiction that derailed his profession.

If Thomas pulls a turnaround over the subsequent few months or years, there could be little reason to not embrace him. It just looks like a giant “if” straight away.

No one questions Thomas’ contributions to Seattle’s Super Bowl win. No one questions his Hall of Fame-caliber talent. But there’s a giant query regarding how his life will go from here.

Earl pointed a certain finger in his final game with the Seahawks. Given every part that’s happened since, folks should cross their fingers that he finally ends up OK.


Matt Calkins:
mcalkins@seattletimes.com; on Twitter: @matt_calkins. Matt Calkins joined The Seattle Times in August 2015 as a sports columnist after three years on the San Diego Union Tribune. Never afraid to take a stand or go off the beaten path, Matt enjoys writing in regards to the human condition every bit as much as walk-offs or buzzer-beaters. His mom reads the comments so take it easy on him.