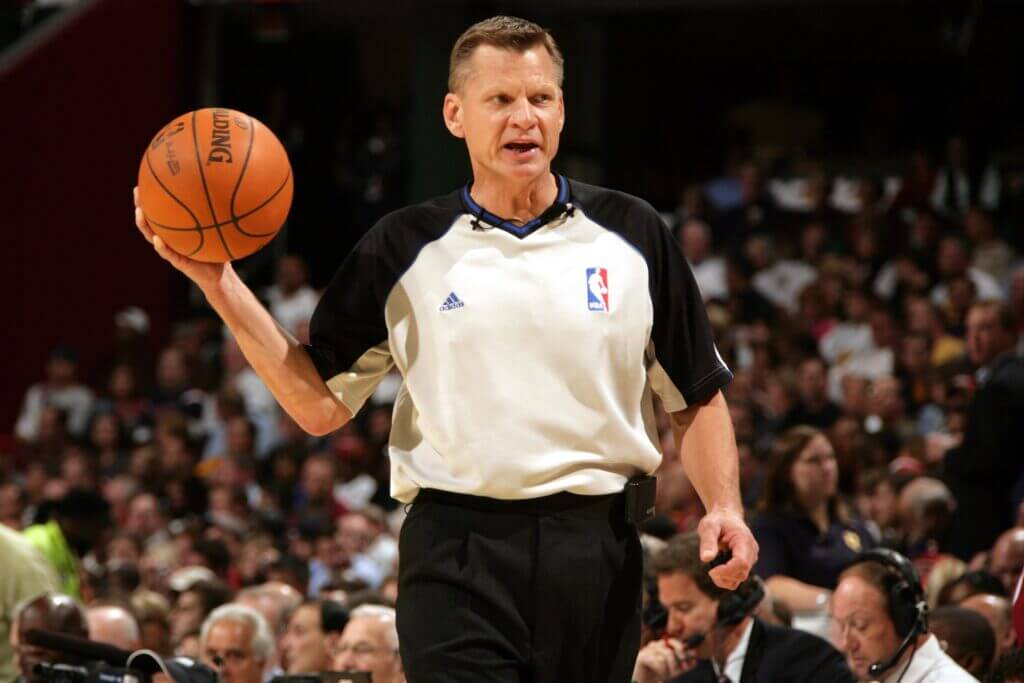 Jaylen Brown normally doesn’t say much in regards to the officiating, however the referees have come into focus during this second-round series between Boston and Milwaukee.

The calls have been scrutinized enough that each teams thought they were wronged after Game 3. Ime Udoka and Marcus Smart spoke out against the ruling that Smart was not shooting when he drew a foul in the ultimate seconds of that game. Bucks general manager Jon Horst, even after his team’s win, felt irritated enough to risk a tremendous while criticizing the referees to The Athletic’s Eric Nehm. The NBA’s last two-minute report showed five missed calls in a game ultimately decided by a split second.

Nearly everybody on each side seems to have a gripe on this series, but Brown understands the referees are in a tricky spot. Even after feeling that Game 4 brought some “very interesting” officiating, Brown showed some appreciation for the job’s difficulty. On this series, pitting the relentless Giannis Antetokounmpo against a stout Celtics defense with physical veterans on each side, someone’s going to take care of frustration on nearly every play.

“I bet it’s tough attempting to officiate with a dominant player like Giannis on the court,” Brown said. “Because he’s aggressive on a regular basis. So in real time, it would look harder than it does on camera.”

To dive deeper into that sentiment, I sought out an authority in the sphere: Steve Javie, now a rules analyst for ESPN and ABC. Before transitioning into television, Javie spent 25 years as probably the most well-respected NBA referees, officiating everybody from Larry Bird to LeBron James. Excluding the primary two seasons of his NBA profession (the Basketball-Reference database doesn’t return that far for referees), Javie officiated 1,374 games within the league, including Michael Jordan’s final outing. Javie knows in addition to anyone what it takes to call a playoff series.

“Within the playoffs, the players have all the time competed at an incredible level in comparison with the regular season,” Javie said. “As you well know, players can’t compete at this intensity level for 82 games. It’s just physically and mentally inconceivable. It’s funny because I really like when Jeff Van Gundy says, ‘Well, they’re refereeing in another way.’ No, they’re playing in another way.”

Within the case of this series, which means Antetokounmpo barreling down the lane like his life is determined by the end result. It means Al Horford and Grant Williams throwing their bodies around to discourage Antetokounmpo a method or one other. It means Jrue Holiday and Wesley Matthews hounding Boston’s ballhandlers. It means Smart showing much more eagerness to take a charge.

Antetokounmpo, who averaged 11.4 free throw attempts per game throughout the regular season, puts constant pressure on the rim. He has averaged 20.8 drives per game throughout the first five games of the series — and when he does drive, he’s doing so with enormous strides, lightning-quick changes of direction and enough power to play through all styles of contact. Brown said the Bucks’ two-time NBA MVP forces the Celtics to be “extremely disciplined” and “extremely focused.” In the event that they slip in any respect, Brown said the resulting personal fouls will leave the Celtics players considering, “Come on, man, how did they call that?”

“He does make (the referees) make decisions each time he has the ball,” Javie said. “And that’s why you actually can’t take a breath. You’ll be able to’t exhale. You’ve gotta sit there and go, ‘here we go,’ and just wait until the subsequent whistle and next timeout when you possibly can take a break. But he does challenge you on that. And the best way Boston plays defense, which is great, that’s an ideal defensive team, they’re going to challenge you, also.”

Javie understands why some people liken officiating Antetokounmpo to refereeing Shaquille O’Neal. The extent of contact those two tackle and dish out on a possession-to-possession basis is near unrivaled. But to Javie, a unique form of player pops up as the higher parallel.

“Shaq obviously wasn’t as agile and didn’t start at half court saying, ‘OK, here it comes,’” said Javie, who retired in 2011. “I understand the comparison with the contact, but I feel it jogs my memory more of the players who were smaller guards. Like an (Allen) Iverson used to drive down the lane, and also you’re going to need to blow the whistle a method or one other because I’m creating contact, and is it legal or not? He’s going to make making a decision because there’s going to be contact on this play.”

For an NBA referee, the playoffs represent the large leagues. Those chosen to don the whistle during this a part of the schedule have been picked for that role due to their success throughout the years. Javie said during certain regular-season matchups, he and among the veteran referees would want to “help along” younger officials, even training them throughout the middle of games. Once the playoffs hit, Javie said the crews have more trust in one another because “everyone deserves to be there.”

The playoffs also bring a heightened level of scrutiny. Before officiating in a series like this, Javie said he would do homework on the teams, similar to the players and coaches do. He would watch game film of recent motion. He would scout the tendencies of every player. He would know to pay attention to the Williams-Antetokounmpo matchup since it’s prone to be physical. Javie would know that if Smart is in secondary defense, he’s not afraid to take a charge.

Though unrelated to the Celtics-Bucks series, Javie said he also would prepare himself for players like Chris Paul who want to “idiot the referee.” Javie would need to be ready for all the tricks, just in case. He said if a referee fails to match the intensity of the players, the sport will leave her or him behind.

“Anybody off the bench who’s a disruptor becomes much more physical after they are available,” Javie said of the postseason. “So, it’s all of the homework that referees need to do. Giannis, obviously along with his form of play, he presents a few problems because No. 1, he’s very agile and he’s also very physical. And he challenges the defense and, at the identical time, challenges the referees. The type of challenge that he presents, once I see it, is the proven fact that he’s all the time attempting to go downhill and getting that head of steam. So more often than not, it seems he’s getting by his primary defender.

“The toughest part as a referee is since you’re refereeing that matchup of Giannis and his primary defender, and it’s normally that secondary defender that slides in to attempt to take that charge: Marcus Smart or anybody else in the sport who’s not his primary defender. And that presents challenges for the referees, but at the identical time due to watching film and watching tape, as you’re talking to your crew, you’ve gotten to pay attention to saying, ‘Guys, all of us have to assistance on that secondary defender sliding in to see if that’s going to be an offensive foul and/or a block.’”

“I feel the more physical the games are, the tougher mentally they’re,” Javie said. “And that’s probably the a part of the sport that I miss essentially the most from being on the ground: that mental challenge to satisfy that intensity level.”

In comparison with among the battles he worked, Javie chuckled when asked in regards to the physicality between the Celtics and Bucks.

“I feel it’s physical,” Javie said, “but if you happen to activate some games back within the ’90s and early 2000s, you’ll see some real physicality in comparison with now. So to me, I type of giggle on the individuals who think, ‘Oh, this is basically physical.’ It’s physical, yes, because no one’s used to it. In 82 games of the season, you’re not used to these things.”

Though it might seem to be deciding call such a competitive series can be taxing, Javie embraced it. Referees undergo life knowing every whistle they blow — or don’t blow — will leave one side disillusioned. Especially within the postseason, officials know to expect heat from anyone involved: players, coaches, executives and fans.

“All I can say is welcome to the playoffs,” said Javie. “It’s happened for 75 years, and it’s going to occur after you and I are gone. Each team goes to complain, and every coach is attempting to get one up. When Phil Jackson would say some things or Pat Riley would say certain things in regards to the refereeing, it’s just the character of the business and the character of the sport. They think they’re attempting to get an edge. They think they will say something that’s definitely worth the tremendous. As an official, you possibly can’t concentrate to it.”