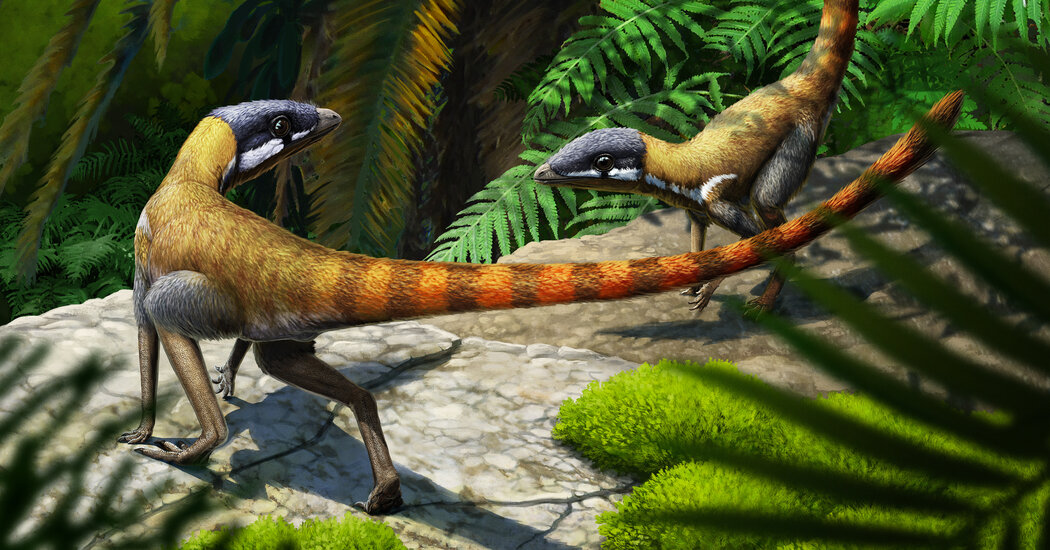 Few creatures were built to soar like pterosaurs. Tens of tens of millions of years before the earliest birds, these Mesozoic reptiles had pioneered flight with sail-shaped wings and light-weight bones. Eventually pterosaurs the scale of small planes would take to the sky, pushing the boundaries of animal aviation.

However the origins of those reptiles have remained murky due to a scarcity of fossils from the earliest fliers. “The oldest pterosaur we now have already had wings and were capable fliers,” said Davide Foffa, a paleontologist at Virginia Tech, which makes it difficult to chart their aerial evolution.

For a long time, paleontologists have postulated that the earliest pterosaurs dwelled in trees and experimented with gliding before flying. But Dr. Foffa and his colleagues could have discovered a more ground-bound origin for these ancient aviators. In a study published Wednesday within the journal Nature, the researchers reanalyzed a cache of fossils and concluded that the earliest pterosaur relatives were off to a running start long before they took off.

The team examined several sandstone blocks that were excavated across the turn of the twentieth century from a quarry in northern Scotland. Referred to as the Elgin reptiles after a close-by Scottish town, these dense hunks of rock entomb the remnants of armor-clad ancestral crocodiles, early dinosaurs and lizards from the late Triassic Period, or 237 million years ago. One among the smallest animals present in these rocks is Scleromochlus, a slender reptile that might fit within the palm of a hand.

Since its discovery within the early 1900s, Scleromochlus has perplexed paleontologists. Its fossils are difficult to review since the bones disappeared way back, forsaking empty spaces throughout the sandstone. For a long time, researchers have poured latex or wax into these voids to create casts. But these methods often miss intricate traits.

So as a substitute of forging manual molds, Dr. Foffa and his colleagues placed several blocks containing Scleromochlus specimens under a micro CT scanner. This allowed them to digitally reconstruct the skeleton of Scleromochlus in three-dimensions.

Scleromochlus may appear like a lanky dinosaur crossed with a chameleon. But after further examination, the researchers identified several traits that Scleromochlus shared with lagerpetids, a bunch of small reptiles that scurried around Pangea in the course of the Triassic Period. That features an oddly large skull for its size and a hooked femur head that slots into the hip vertically as a substitute of splayed out to the side like a lizard’s leg.

In line with Stephen Brusatte, a paleontologist on the University of Edinburgh and one among Dr. Foffa’s co-authors, lagerpetids appear to have been agile, bipedal creatures harking back to pint-size dinosaurs. Their anatomy, nonetheless, reveals a much closer affinity to pterosaurs. “At a fast glance, they give the impression of being nothing like a pterosaur,” Dr. Brusatte said. “But a detailed take a look at their skeletons and the similarities with pterosaurs became apparent, like invisible ink being held to the sunshine.”

If Scleromochlus is an early relative of pterosaurs, it challenges the idea that pterosaurs initially jumped or glided. Scleromochlus lacked the sturdy hips of a hopping animal like a frog and would have been a clumsy slot in trees, in response to Kevin Padian, a paleontologist on the University of California, Berkeley, who has studied pterosaur evolution for a long time. “They’re long-legged and short-armed,” said Dr. Padian, who was not involved with the brand new study. “That’s not how an arboreal animal like a squirrel is built.”

As an alternative, Scleromochlus was most probably more comfortable swiftly pursuing insects on the bottom. This left its forearms free, potentially setting the stage for animals in its branch of the family tree to eventually flap. “Using their forelimbs for other functions might have been related to the evolution of recent habits, including lively flight within the case of pterosaurs,” said Martin Ezcurra, a paleontologist on the Argentine Museum of Natural Sciences who was not involved in the brand new study.

Dr. Foffa stresses that more fossil evidence is required to attach Scleromochlus with the earliest true pterosaurs. “It doesn’t have wings or anything crazy like that,” he said. “The crazy comes later.”