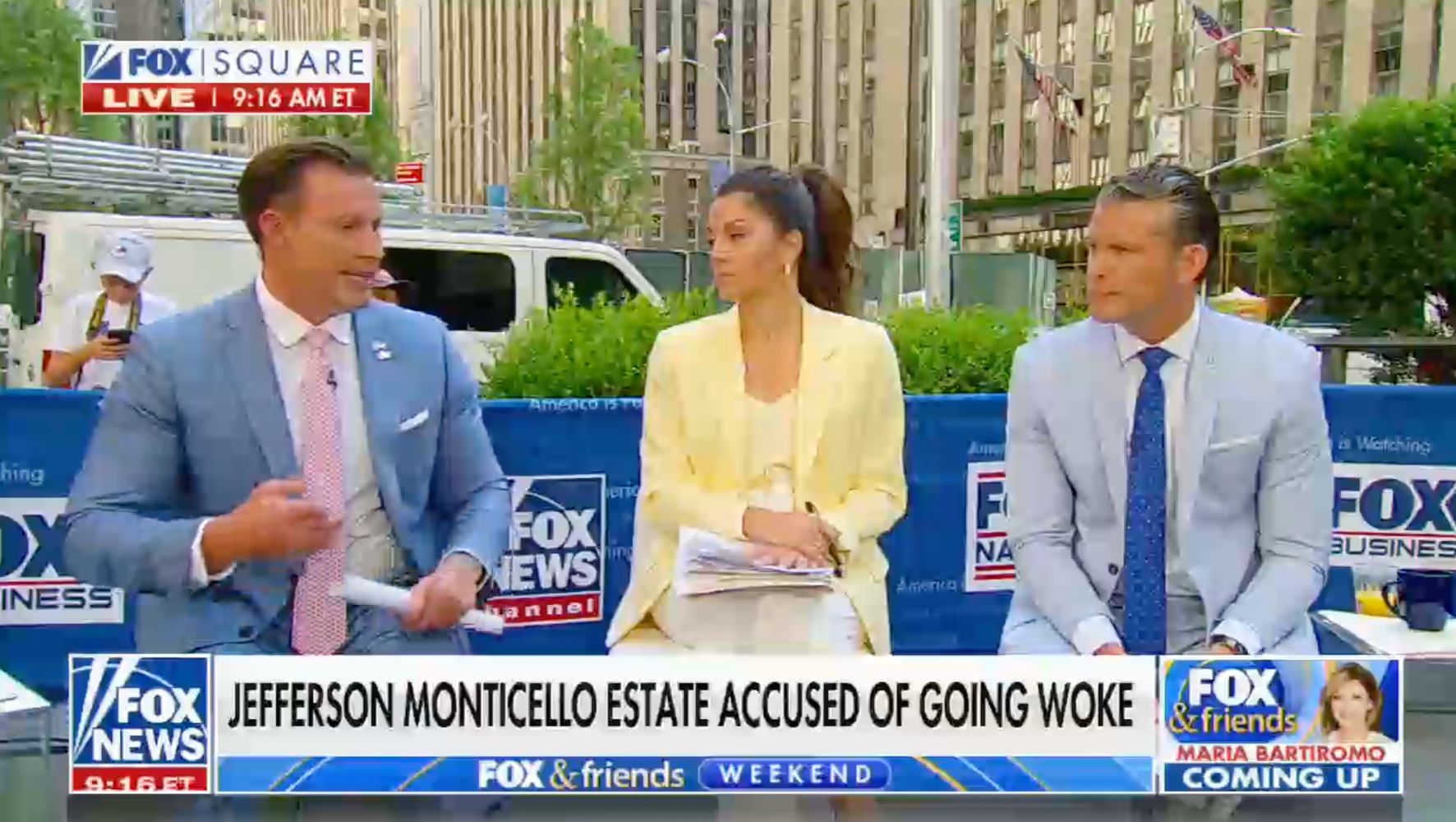 “Fox & Friends” weekend hosts Rachel Campos-Duffy and Pete Hegseth brought up an article published within the Latest York Post Saturday that accused the Charlottesville, Virginia, home of the Founding Father of “going woke” and offering visitors “a harangue on the horrors of slavery.”

Jefferson owned greater than 600 people in his lifetime, including 400 who were enslaved at Monticello. The estate is owned by the nonprofit Thomas Jefferson Foundation, which works to preserve its history and educate people concerning the third American president.

In response to Hegseth, Monticello is now all about “how terrible Thomas Jefferson was because he was a slave owner” and presents a “one-sided viewpoint that makes Thomas Jefferson a nasty guy in his own residence.”

Campos-Duffy complained that there’s a register the museum that questions if Jefferson’s line within the Declaration of Independence that “all men are created equal” is being lived as much as within the U.S. today.

She also took issue with an internationally bestselling anti-racism book on the market within the gift shop.

“All of those type of books which can be damning of America and suggesting that we’re still a racist country are on the market within the gift shop,” she added.

In one other segment, Campos-Duffy argued that there have been slaves throughout human history but people shouldn’t be “ashamed” of leaders who owned them.

“I get that. It’s a terrible history we should always speak about, but we should always not feel guilty or ashamed of our leaders after we go and visit the individuals who brought us the Structure, the Declaration of Independence. You permit feeling that way,” she said.

The Thomas Jefferson Foundation has owned and restored Monticello since 1923, and provides resources on many facets of Jefferson’s life and writings, with a vision to “bring history forward into national and global dialogues.”

In response to the Latest York Post’s article, a Monticello spokesperson said: “Our goal is to present an honest, inclusive history of Monticello in all its facets in addition to Jefferson’s contributions to the founding of the country,”

Hegseth accused the people behind the organization of being “all leftists.”