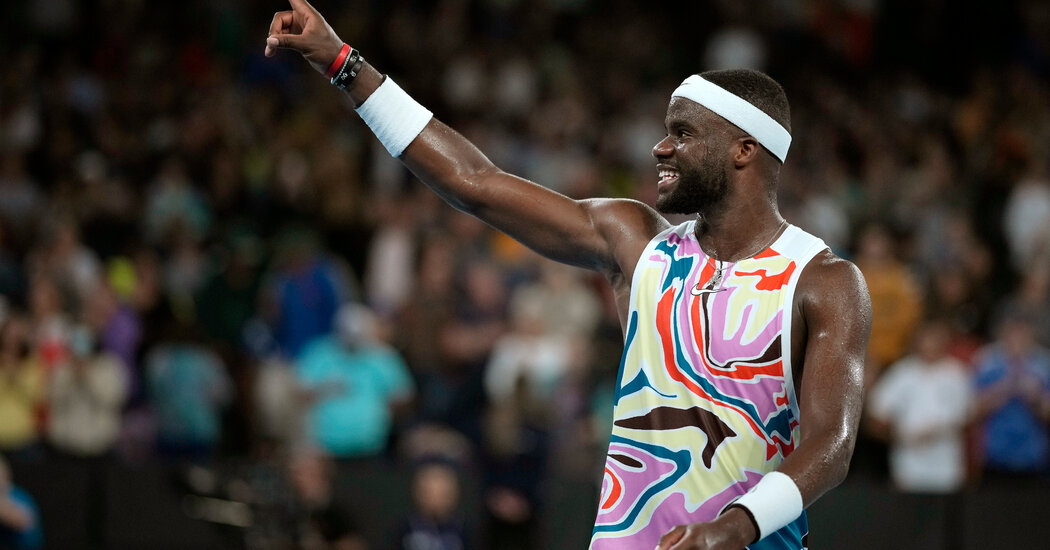 Now Tiafoe must determine the right way to regulate two seemingly contradictory forces inside his personality. There may be the laid back, easygoing jokester with an electrical smile, and the extraordinary competitor who desperately wants to meet the potential that he and everybody around him knows he has.

“Frances has at all times had his way,” said Tommy Paul, who has trained and competed with Tiafoe since they were among the many country’s top 9-year-olds. “He’s calm somewhere, but he’s Frances. It’s different.”

Tiafoe’s courtside chair and its surroundings are often a disorganized mess of towels, water bottles, rackets, tape and other equipment. He operates on his own schedule, which can or may not help him get a watch sponsorship, depending on a manufacturer’s perspective.

On the Laver Cup in September, where Tiafoe teamed up with Jack Sock to play Nadal and Roger Federer in Federer’s last competitive match, Tiafoe ran to the opposite side of the court to slap Nadal’s hand in the course of the sport after Nadal hit a masterful winner. After Team World beat the Europeans, he showed up characteristically late to the news conference, where he took out a bottle of water and a Budweiser from his jacket.

He was late again after the USA clinched the United Cup earlier this month in Sydney. His teammates, Taylor Fritz, Jessica Pegula and Madison Keys, sat at a table, waiting and shaking their heads.

“Oh, Frances,” Keys said, attempting to hold in her laughter.

The casual approach has its advantages. Pegula and Tiafoe bonded at that United Cup in a way that female and male players rarely do, warming one another up before each match, a routine that they’ve continued during this tournament.