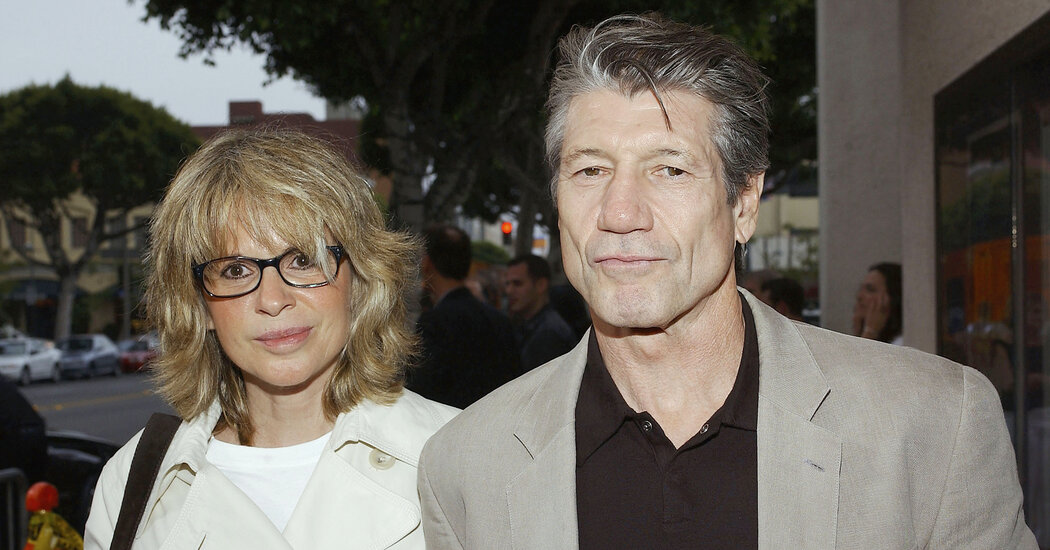 Fred Ward, a flexible actor with a forceful onscreen presence who in a protracted profession played roles that ranged from the sexually adventurous novelist Henry Miller to the meticulous, taciturn astronaut Gus Grissom, died on May 8. He was 79.

His death was announced by his publicist, Ron Hofmann, who said Mr. Ward’s family didn’t need to specify the reason for death or say where he died.

Mr. Ward got here by his virile persona authentically — or as authentically as stereotypes of among the jobs he held might suggest. He worked as a logger and a lumberjack in Alaska, boxed as an amateur and spent three years within the Air Force as a radar technician within the cold and infrequently bleak Labrador region of Canada.

While he never got here near matching the stardom of macho leading men like Bruce Willis or Dwayne Johnson — he normally had supporting roles — he played tough, resilient characters in movies like “Remo Williams: The Adventure Begins” (1985), during which he was a James Bond-like assassin expert in martial arts on project for a secret government agency; “Timerider: The Adventures of Lyle Swann” (1982), during which he portrayed a daredevil motorcycle racer; “Tremors” (1990), during which he and Kevin Bacon battled crawling wormlike monsters; and the comedy “Naked Gun 33 ⅓” (1994), during which he was solid as a terrorist plotting to explode the Academy Awards show.

But his more subtle talents as an actor were on vivid display in “Henry and June” (1990), a steamy account of the Parisian love triangle that Miller had together with his wife, June (Uma Thurman), and the diarist Anaïs Nin (Maria de Medeiros) within the Nineteen Thirties. Along with drawing attention for its subject material, the film received an additional smidgen of notoriety since it was the primary to be blessed with the Motion Picture Association of America’s NC-17 rating, which allowed it to flee the penalties — in lost newspaper and tv promoting and reluctant theaters — that will have resulted if it had been rated X.

“My rear end looked as if it would have something to do with it,” Mr. Ward said of the threatened X rating, though his was not the one rear end on display.

“Because women were the instigators as much as men on this film, that will have been threatening to some people,” he told The Washington Post in 1990. “Or which may be a cockamamie theory of mine.”

In harmony with Miller’s appetite for living and his bawdy humor, Mr. Ward captured his working-class Brooklyn origins and accent, in addition to the rascally, bohemian joy he took in flouting convention. He shaved his head to resemble Miller’s and studied videotapes of the aged Miller to mimic his tics.

“He talked out of the corner of his mouth,” Mr. Ward said. “He had a squint.”

Reviewing “Henry and June” in The Times, the critic Janet Maslin was not kind to the film — but said of Mr. Ward that although he had been “asked to present more of an impersonation than a performance,” he was “at all times appealing.”

Hal Hinson of The Washington Post was way more enthusiastic, about each the movie and Mr. Ward’s performance. As Miller, he wrote, “Ward gives a hilarious rendition of burly American bravado, but he keeps the character’s vulgarities in balance together with his artistic drives.” It was, he said, “a star performance with a personality actor’s authenticity.”

Frederick Joseph Ward was born on Dec. 30, 1942, in San Diego to an alcoholic father. “My father did a number of time,” he told The Chicago Tribune in 1985. “He was in jail after I was born, got out briefly to rejoice the birth and went right back.”

When Fred was 3, his mother left her husband and went to Latest Orleans to rebuild her life, putting Fred in his grandmother’s care in Texas. “After some time she sent for me,” Mr. Ward told The Tribune. “She supported us by working in bars. In five years we lived in five different places. Then she married my stepfather, who was with the carny. Possibly that’s where my restlessness comes from. I inherited it.”

Three days after graduating from highschool, Mr. Ward enrolled within the Air Force, because, he said, it was his duty to his country. Once his service was finished, he took a bus to Latest York and enrolled in acting classes on the Herbert Berghof Studio, supporting himself by working as a janitor and construction employee.

When the classes yielded just one small movie role, he took off to Florida, where he loaded trucks, after which to Latest Orleans, where he worked in a barrel factory; Houston, where a possible job as a seaman was derailed by a strike; and Yuba City, Calif., where he found a job as short-order cook in a bowling alley. In San Francisco, a construction job within the transit system financed a visit to Spain, Morocco, France and Italy.

“I had a restless Kerouac streak, the decision of the road,” he said in 1985. “I assume I desired to experience that existential thing of being alone.”

Returning to the USA, he took an uncredited part as a cowboy within the 1975 film “Hearts of the West.” But he didn’t land his first significant role until 1979, when he played a convict who joins Clint Eastwood in an try and break out of prison in “Escape From Alcatraz.” Other roles followed, including Mike Nichols’s “Silkwood” (1983), during which he played a union activist and Meryl Streep’s colleague.

But the primary film to garner him serious Hollywood attention was “The Right Stuff” (1983), the saga of the Mercury Seven astronauts, based on the Tom Wolfe book of the identical name. Mr. Ward portrayed Virgil “Gus” Grissom. The Hollywood Reporter’s review praised him as “earthy and unpretentious in what is probably the film’s most demanding role.”

The director of that film was Philip Kaufman, who went on to solid Mr. Ward in “Henry and June.”

Two years after “The Right Stuff” got here an enormous profession letdown. The makers of “Remo Williams: The Adventure Begins” hoped that — because the title suggested — it could be the start of a James Bond-like franchise, and Mr. Ward signed on for 2 sequels. However it was a box-office bust, and the opposite movies were never made.

Mr. Ward was married thrice. His survivors include Marie-France Ward, his wife of 27 years, and a son, Django, named after the guitarist Django Reinhardt.

In his last many years, Mr. Ward appeared in a motley assortment of movies and tv shows, but he worked most intensely on developing a talent he felt he had for painting. In that pursuit, he might need been following his inner Henry Miller — Miller, Mr. Ward once said, tried to “experiment with life over and once again.”

“He was a person who knew he needed to follow that inner urge, the creativity and the eagerness,” he said. “Or he would die bitter.”