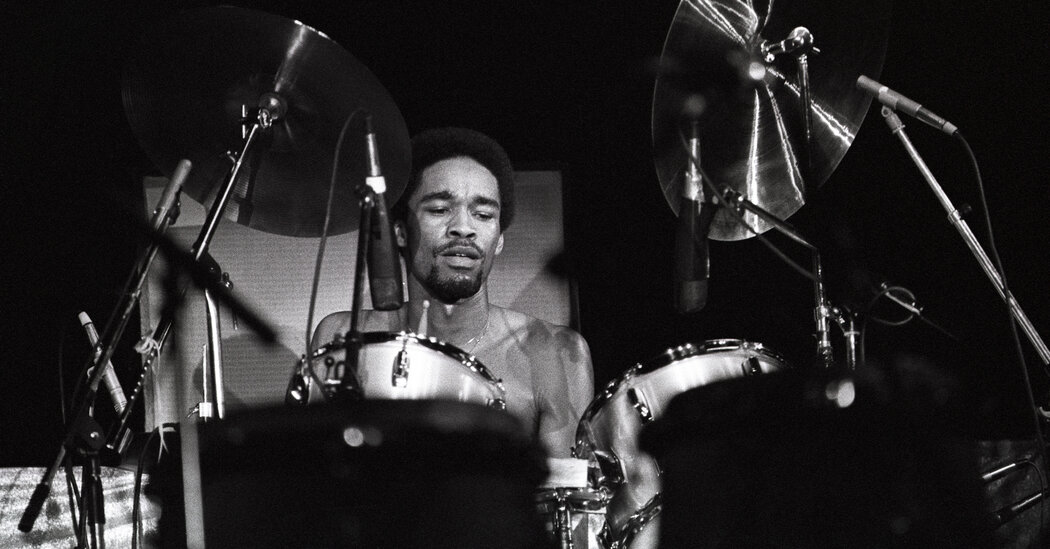 Fred White, who as a drummer with Earth, Wind & Fire propelled among the funkiest songs in pop history, helping to offer a soundtrack to the nation’s weddings, bar mitzvahs, highschool reunions and some other function at which individuals of all ages dance, died on Sunday. He was 67.

His death was announced on Instagram by his brother Verdine White, the band’s bassist. The announcement didn’t say where he died or give the cause.

Fred White was a member of Earth, Wind & Fire during a pivotal period, from the mid-Seventies to the early ’80s, when the group made much of its most beloved music. He played on “Let’s Groove,” “Boogie Wonderland” and “Shining Star” and, most notably, on “September,” which Spotify lists as having been played on its platform 1.18 billion times. The songs’ first few bars alone have long been known to maneuver people to the dance floor.

Earth, Wind & Fire was founded and led by Fred and Verdine’s half brother, Maurice White. Though the band’s music was recognizable for its joyous horn section and smooth vocals, Maurice, in his 2016 memoir, “My Life with Earth, Wind & Fire,” described the group as “a band of drummers.”

Maurice was himself an achieved drummer (he was for just a few years a member of the Ramsey Lewis Trio), and it was not out of character for 4 percussionists to play abruptly during an Earth, Wind & Fire concert. For 2 years, Fred White and Ralph Johnson each performed onstage with full drum kits.

“Fred was the brick wall,” Maurice White wrote in his memoir. “He provided a rock-solid tempo and a rock-solid feel, priceless qualities in a drummer. He was among the finest things going for us.”

Frederick Eugene Adams was born on Jan. 13, 1955, in Chicago. He shared a mother with Maurice, Edna (Parker) White, a homemaker. His father, Verdine Sr., was a podiatrist.

Fred began playing the drums at 9. (Maurice called him a “child prodigy.”) Fred, like Verdine Jr., modified his surname to White in order that it might be clearer that he was related to Maurice.

Fred grew up “within the ghetto in Chicago,” he told Modern Drummer magazine in 1982, and gained a way of purpose from the drums. He began playing gigs when he was about 13. By 14, he was in a band that appeared in nightclubs. At 15, he was fidgeting with the soul singer Donny Hathaway and making up excuses when he couldn’t attend a session because of college.

After Fred toured with the rock band Little Feat, Maurice and Verdine decided that he had the chops to play with Earth, Wind & Fire. Fred was still a youngster.

Along with Verdine, Mr. White’s survivors include a sister, Geri. Maurice White died in 2016 at 74. A whole list of survivors was not immediately available.

In his memoir, Maurice described Fred during his years with the band as a “daredevil spirit” who was “cocky, young and a bit smug” and created problems together with his bandmates, stemming specifically from the weird situation of getting two drummers performing onstage at the identical time.

Chatting with Modern Drummer, Fred White acknowledged that his early years sharing drumming duties with Mr. Johnson were a “battle,” since he was “used to being the one drummer and used to carrying the band.”

The group eventually dropped the twin drummer setup and shifted Mr. Johnson’s responsibilities to vocals and other percussion instruments, including the congas.

“After we stopped doing it,” Fred White told Modern Drummer, “I missed it.”