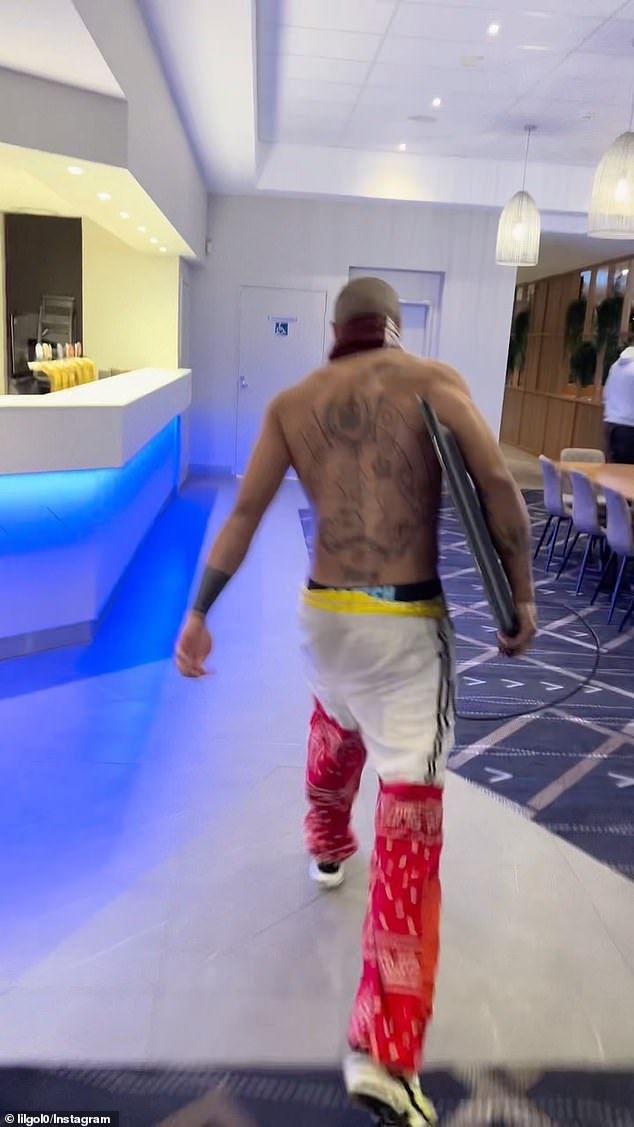 By Josh Alston For Each day Mail Australia

A self-proclaimed ‘skilled stuntman’ has released a hilarious – but staged – tantrum on social media following Blues’ thumping 44-12 State of Origin win over Queensland on Sunday.

Video emerged on social media platforms this morning of a shirtless patron wearing a Queensland Maroons State of Origin scarf at Sydney’s East Hills Hotel in appearing to tear a television off the wall before throwing it in a dumpster.

Within the vision, he’s followed by two people, one wearing a Recent South Wales jersey and the opposite filming the incident and using profanities to egg him on. A lady within the automotive park with a gas bottle looks on in shock.

The video has been shared on the social media accounts of a person going by the handle of lilgol0 on TikTok and Instagram – and this will not be his first stunt.

Recent South Police told Each day Mail Australia it was a staged incident and no property on the East Hills Hotel was damaged throughout the production. 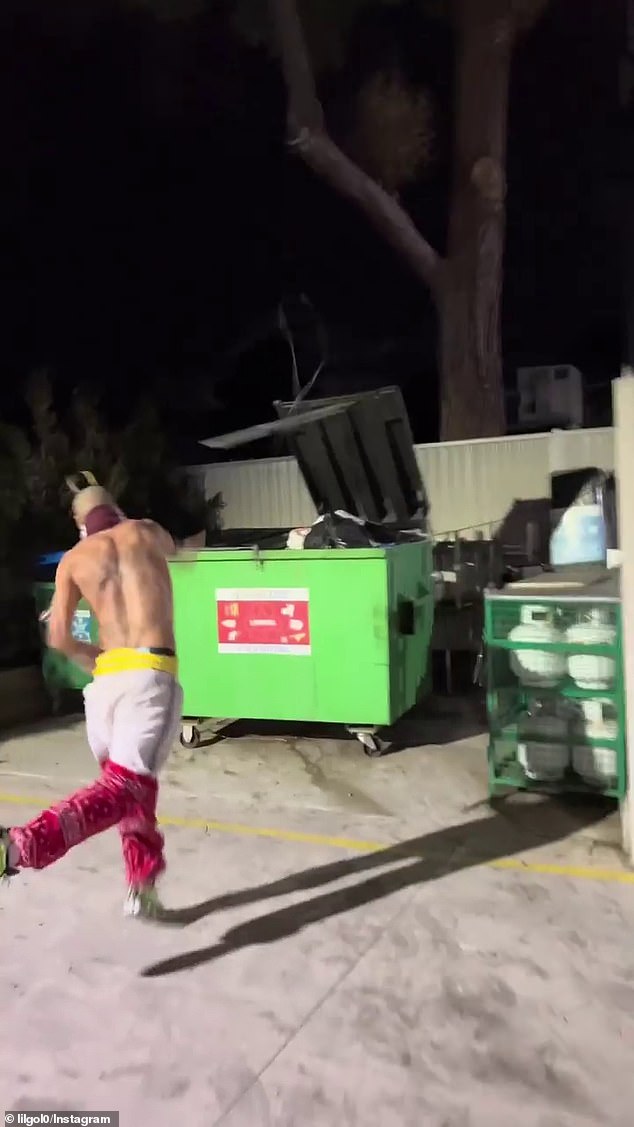 ‘It seems that this was an organised stunt by the person depicted throwing the TV – he brought his own TV in for the video. No offences committed, no criticism made by the hotel,’ a NSW Police spokeswoman said.

Some people took the bait hook, line and sinker.

‘Aww take a look at what my taxes are keeping alive,’ posted one person on TikTok.

But most could see the funny side of the satirical and staged video.

‘Within the bin identical to the maroons lad,’ posted one follower on Instagram.

It will not be the primary State of Origin-related video the stuntman has posted this yr, either.

In one other video he’s yelling ‘Queenslander’ at the highest of his lungs in the course of a Sydney street before he’s tackled to the bottom by a person in a Recent South Wales jersey, making him spill coffee all over the place.

He had asked an unsuspecting third party to film the incident and the person asked if he was OK after the tackle.

His accounts feature quite a lot of amateur music videos and native stunts including throwing a child’s bike off a bridge for losing a game of rock, paper, scissors.