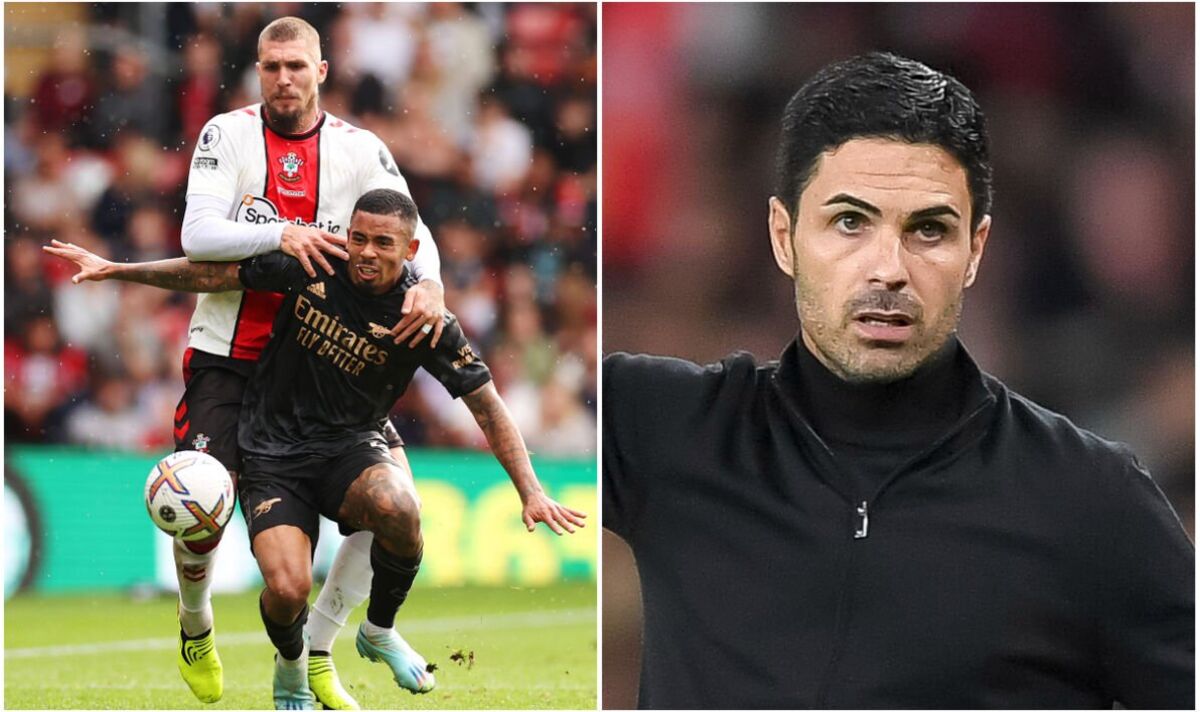 Arsenal star Gabriel Jesus continued his Premier League scoring drought and Takehiro Tomiyasu did not persuade at left-back as a spirited Southampton nicked a 1-1 draw on Sunday afternoon. Granit Xhaka fired the visitors into the lead, converting Ben White’s cross on the eleventh minute. However the Saints snatched a share of the spoils when Stuart Armstrong converted from close range within the second half. Although they continue to be top of the table, the Gunners will leave the south coast deflated as Express Sport takes you thru five things we learned from the encounter…

There could possibly be few complaints about Arsenal’s creators in the course of the first half with Bukayo Saka, Gabriel Martinelli and Martin Odegaard all causing problems. Jesus has perhaps the toughest task of all, nevertheless, and putting the ball in the online has proven particularly difficult of late.

The Brazilian’s last goal got here seven games ago, against Tottenham on October 1. Probabilities got here Jesus’ way against Southampton but the celebs never aligned for a much-needed goal to reboot the arrogance with which he began the campaign.

Tomiyasu experiment could also be over

For the third Premier League game running, Mikel Arteta opted for Tomiyasu at left-back. The Japan international is able to playing across the backline, starting his Gunners profession on the fitting before switching flanks to deal with Oleksandr Zinchenko’s injury absence.

Tomiyasu shut out Mohamed Salah earlier this month but some have been surprised to see Arteta stick with him on the left with Kieran Tierney back to full fitness and waiting within the wings. A lacklustre performance on Sunday saw the 23-year-old hauled off and replaced by the Scot, suggesting that his run within the side could also be over for now.

Although the result didn’t go Arsenal’s way, Granit Xhaka’s days because the villain on the Emirates were put even further behind him. A stalwart under Arteta this season, the Swiss was beaming with confidence because the away fans sang his name from the terraces early on.

Roaming forward in an adventurous midfield role, Xhaka was heavily involved in the sport as he blasted a robust shot at Gavin Bazunu and arrange a likelihood for Odegaard. He was then rewarded for his positive start as he lashed in from Ben White’s low cross to provide the visitors the lead.

Spending large spells as the higher side at St Mary’s, Arteta will need no reminding that such games put title contenders to the test – one which his side failed on this occasion.

The Saints failed to seek out a innovative for many of the game with Adam Armstrong struggling because the attacking spearhead. Impressive footwork and tenacity from Joe Aribo gave them hope, however it was one moment of magic in a positive second-half that sealed a degree.

As Mohamed Elyounoussi ghosted in from the right-hand side, Stuart Armstrong made an intelligent run, took the ball in his stride and slid the ball under Aaron Ramsdale to complete off a slick move that may have left Ralph Hasenhuttl delighted.