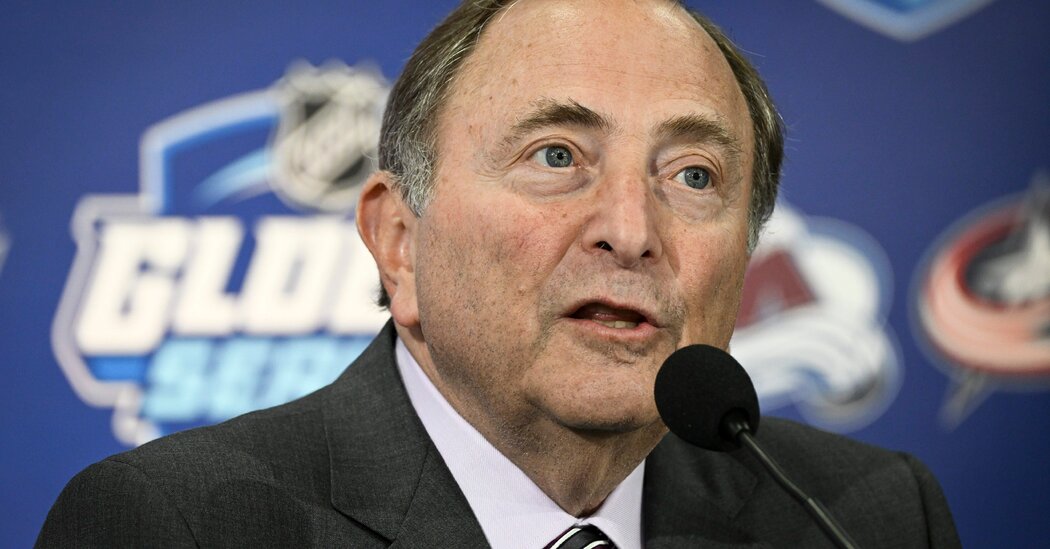 The Boston Bruins are facing a backlash for his or her decision to sign Mitchell Miller, a 20-year-old defenseman who admitted in court to bullying a fellow student while using racist language.

Many Bruins fans, the commissioner of the National Hockey League and Bruins players have reacted negatively to Friday’s announcement that the team had signed Miller to an entry-level contract and assigned him to the Windfall Bruins, Boston’s A.H.L. affiliate.

“It’s not something anyone on this room stands for,” Nick Foligno, the Bruins veteran forward, told reporters on the team’s morning skate in Toronto on Saturday. “The culture we’ve built and these guys have built before I came is certainly one of inclusion. I believe it goes against that.” He added: “It’s hard for us to swallow.”

Gary Bettman, the commissioner, spoke to reporters Saturday in Tampere, Finland, before a game between Colorado and Columbus there, and said the Bruins had not consulted the league before signing Miller and that Miller was currently ineligible to play within the league. If the Bruins ever resolve to advertise him, they’ll must appeal to Bettman before Miller can gain eligibility.

Bettman indicated it could not be easy for him to clear Miller.

“What I understand and have heard through the media, what he did as a 14-year-old is reprehensible, unacceptable,” Bettman said. He added, “They were free to sign him to play someplace else, that’s one other league’s issue. But no person should think, at this point he’s, or may ever be, N.H.L. eligible. And the Bruins understand that now.”

Whether the Bruins keep Miller or not, the signing has already added tarnish to the legacy of the Original Six team that made Willie O’Ree the primary Black player within the N.H.L. in 1958.

Patrice Bergeron, in an interview with Sportsnet in Toronto, where the Bruins were scheduled to play the Maple Leafs on Saturday, said bringing in a player with such a toxic record was contrary to the Bruins’ culture.

“We stand for integrity and inclusion and variety, obviously,” Bergeron, the Bruins’ captain, said. “That was the very first thing that got here out of my mouth, it goes against just a little of what we’re as a culture and as a team and for me as an individual.”

In 2016, Miller, then 14, pleaded guilty to at least one count of assault and one count of violating the Ohio Secure Schools Act. He and one other teenager were accused of creating Isaiah Meyer-Crothers, a developmentally challenged 14-year-old boy, eat candy after that they had wiped it in a toilet urinal, and surveillance video showed them kicking and punching him. Miller also used racial epithets against the boy, who’s Black.

Don Sweeney, the Bruins general manager, said he had struggled with the choice to sign Miller but indicated that other teams were also all in favour of signing him, too.

Before the 2020 draft, Miller, who’s white, apologized to all of the N.H.L. teams in writing but to not the victim. In response to the Bruins, he didn’t apologize to Meyer-Crothers until recently, once they asked him to, and he did it on social media, not in person. Isaiah’s mother, Joni Meyer-Crothers, has said that the opposite person involved within the attacks made a tearful apology in person.

The Arizona Coyotes drafted Miller within the fourth round, 111th overall, but after The Arizona Republic reported on the bullying and Miller’s conviction in juvenile court, the team renounced his rights. Within the account, the victim said the abuse went on for years, with Miller hitting him and using racial slurs. Miller was playing for the University of North Dakota on the time and was kicked off that team, too.

In an announcement released Friday, Miller apologized for under one incident.

“After I was in eighth grade, I made a particularly poor decision and acted very immaturely,” the statement said. “I bullied certainly one of my classmates. I deeply regret the incident and have apologized to the person. For the reason that incident, I actually have come to higher understand the far-reaching consequences of my actions that I failed to acknowledge and understand nearly seven years ago.”