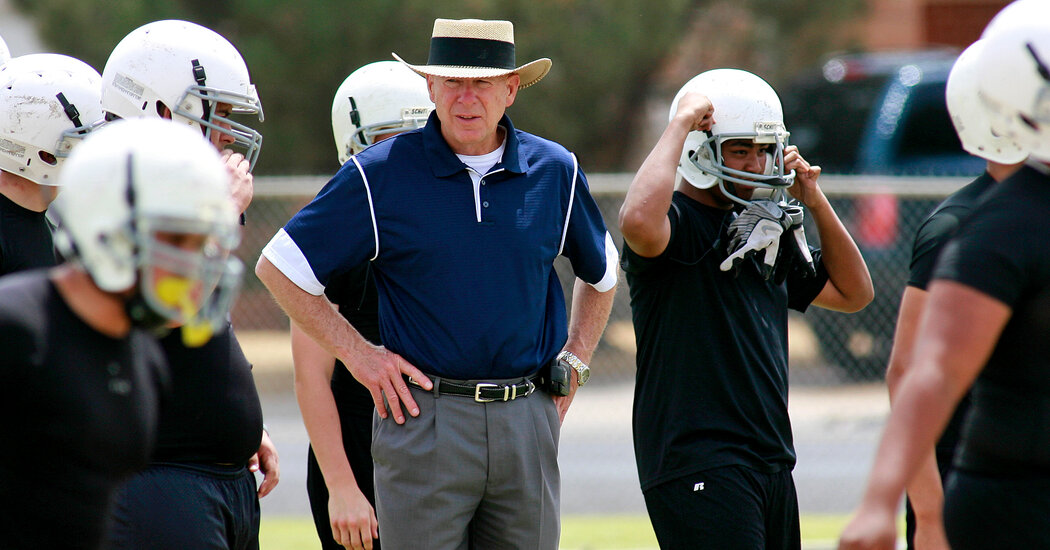 In 1989, Mr. Gaines led the undefeated Panthers to a state championship. In all, he had a 46-7-1 record as head coach at Permian. But he soon left to affix Texas Tech University as an assistant coach.

“He loved coaching and he loved the children,” Ms. Gaines, his wife, said in a phone interview, explaining his peripatetic movements. “Once we got out of school, he went after his first job. But after that, everybody got here after him.”

After 4 seasons at Texas Tech, he returned to coaching highschool in Abilene and San Angelo before being named the pinnacle coach at Abilene Christian University. Following a subpar 21-30 record, he resigned and spent two years because the athletic director of the varsity district in Ector, which incorporates Odessa, and one other two because the athletic director of the district in Lubbock.

In 2009, he returned to Permian as head coach, but that run was not as successful as the primary had been; over 4 seasons, the Panthers had a 23-21 record, including one playoff victory. Mr. Gaines resigned in 2012 from what can be his final coaching job.

“We’re going to present it to another person and, hopefully, they will make more out of it than we did,” Mr. Gaines told The Associated Press. “We got here here to make some deep playoff runs, and we weren’t capable of do this.”

In 2017, he was diagnosed with Alzheimer’s disease.

Along with his wife, he’s survived by his daughter, Nicole Strader; his son, Bradley; his sisters, Dana Howland and Tamra Reidhead; and five grandchildren.