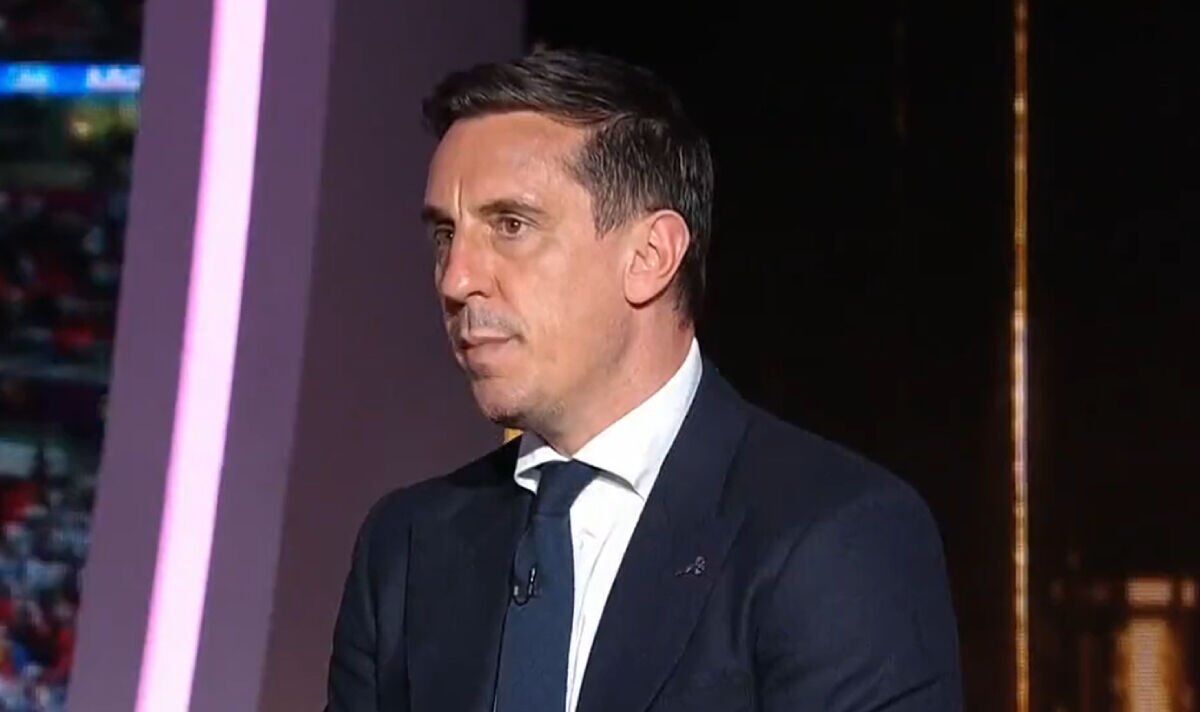 Gary Neville has launched a two-and-a-half minute rant defending the Qatar World Cup. The Manchester United hero is currently working as a pundit for ITV and Qatari broadcaster beIN Sports on the tournament within the Middle East.

Qatar were awarded the rights to host the World Cup in 2010 and were heavily criticised within the lead-up to the tournament as a result of their human rights, treatment of migrant staff and stance on same-sex relationships.

Many critics around the globe called for a boycott of the tournament. But Neville as a substitute selected to work for beIN Sports through the World Cup in exchange for a six-figure payment, based on reports.

And while some pundits have continued to be critical of Qatar because the tournament began, Neville has leapt to the country’s defence. “I feel there’s then a component of, plenty of the English press have never been over here to this country, and it’s quite difficult when you’re over here and also you get to talk to people and find out about what goes on on this region and the way things work,” the ex-right-back said.

JUST IN: BBC boss ‘unapologetic’ as he hits back at ‘woke’ World Cup coverage

“And never understand that that is, you already know, difficult to hold on criticising it once you understand it more and also you’re here and you are feeling it on the bottom. That is definitely happened.

“After which slightly bit the Qataris, it looks like, and perhaps among the other nations who’re aligned with Qatar are only pushing back slightly bit and saying, ‘hang on slightly bit – you are not all bed of roses yourself’ and ‘let’s have a take a look at where you have been and what you have done in your journey during the last form of evolution of fifty, 100, 200, 300 years.’

“Now we come here, we have got this massive scrutiny – it is a positive scrutiny though because kefala has been abolished. We’d like to be certain all the companies and firms are abiding by it – we do not know if that is the case yet but there are lots of which can be and that is a positive out of this tournament.”

But Neville did concede that Qatar should still be scrutinised after the tournament involves an end. “There’s progression on this country due to the scrutiny of football, we will keep talking about it. What I will keep doing in seven or eight weeks once we’re all talking in regards to the Premier League again in England and nobody’s even fascinated about Qatar, the migrant staff, and fascinated about stadiums and dealing practices, kefala and LGBTQ rights, women’s rights.

“Perhaps that is when we must always proceed shining lights on things in each others’ countries when the highlight is off. That will probably be really interesting to see if that happens.”