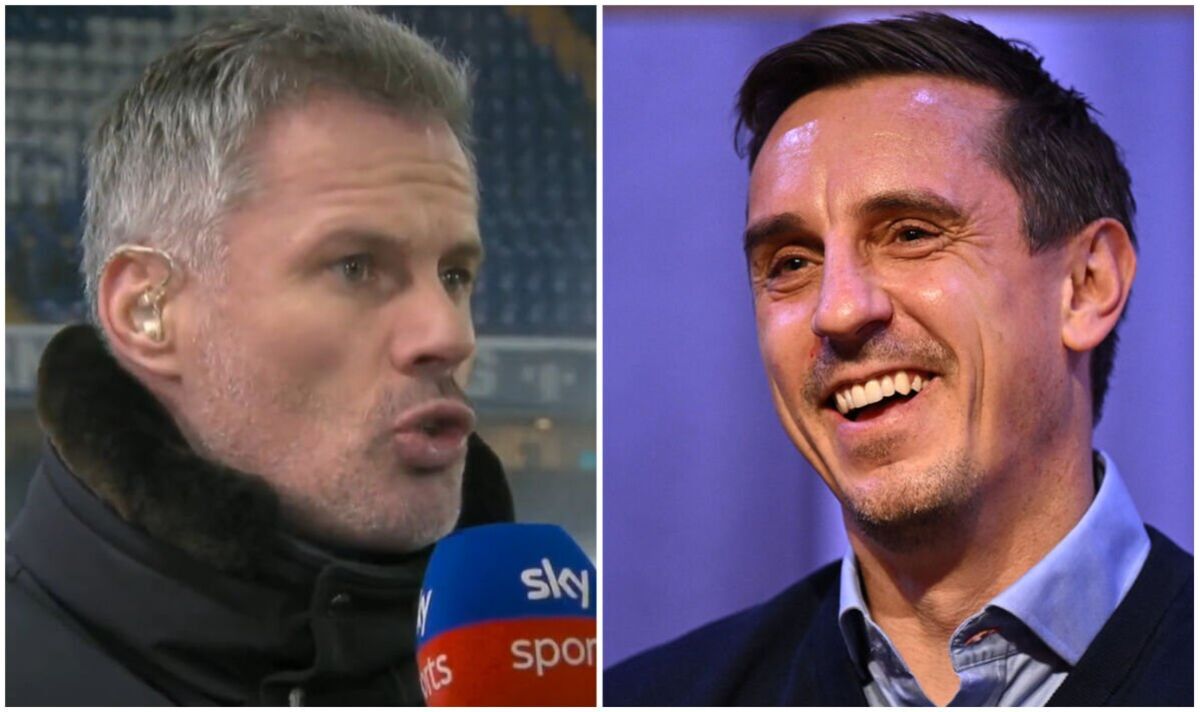 Neville was a part of Sky’s coverage for Brentford’s 3-1 win over Liverpool on Monday and the top-of-the-table draw between Arsenal and Newcastle, though was absent for Tottenham’s victory away to Crystal Palace and Thursday’s game as he was on a skiing holiday. After Carragher and Neville were finished discussing the Gunners’ 4-2 win over Brighton on Latest 12 months’s Eve, they began previewing Sky’s upcoming games.

“I’m off skiing so you have Jamie for the 2 games on Wednesday and Thursday,” Neville said in a jibe to the Liverpool icon. Then Carragher took a jab back at Neville, claiming that he left his employer within the lurch when making his holiday plans. “Gary normally does the larger games when it comes to commentary but he’s going skiing because he booked his holidays without telling Sky,” Carragher replied.

Then host Kelly Cates called out Carragher for his comment: “Nobody likes a grass,” before Carragher explained that Neville had been scheduled to work the whole week. “After I got the e-mail, you were all the way down to do those games,” Carragher claimed.

“A really ruthless team, they expect to win, and that’s why managers have modified so often, because the outcomes they’ve had haven’t been acceptable.

“But in the event you actually have a look at the record of Graham Potter you see a very good start with those three victories, however the Crystal Palace one is available in the last minute and the Aston Villa one the goalkeeper’s probably had the perfect game he’s ever had for the club, in Kepa.

“I believe there are questions being asked from the Chelsea supporters because for the last 10 or 15 years a number of that point, they’ve expected the perfect and that’s what they’ve got.”