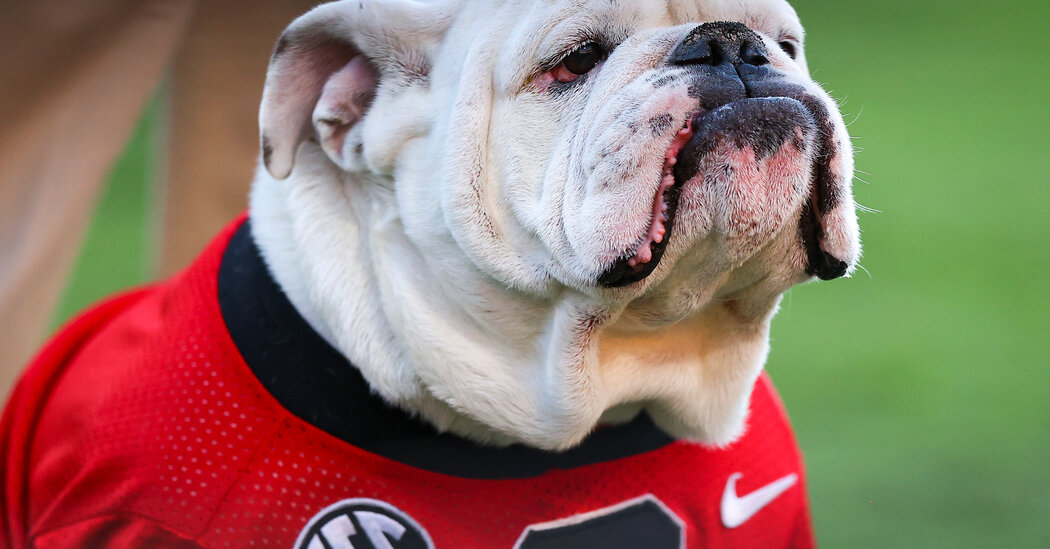 Probably the most famous bulldog in Indianapolis nowadays is Butler Blue IV, the mascot at Butler University.

But don’t tell that to the Georgia fans who idolize their bulldog mascot, Uga X, also often called Que.

Que is the newest star in a line of English bulldogs, owned by the Seiler family of Savannah, Ga., which have served as Georgia’s living, respiration athletic symbol since 1956. In his role since 2015, Que normally passes games at Sanford Stadium in Athens in an air-conditioned doghouse. The stadium, after all, has Uga lore beyond the hedges that line the sector: Georgia buries its deceased canine mascots in marble vaults in Sanford.

Butler also has a convention of revering its bulldogs — we visited Blue IV in 2020, when he was training for his recent gig, and it was quite the showcase — but it surely is unclear whether the canines settled the matter of most doted-on bulldog once they met in Indianapolis.