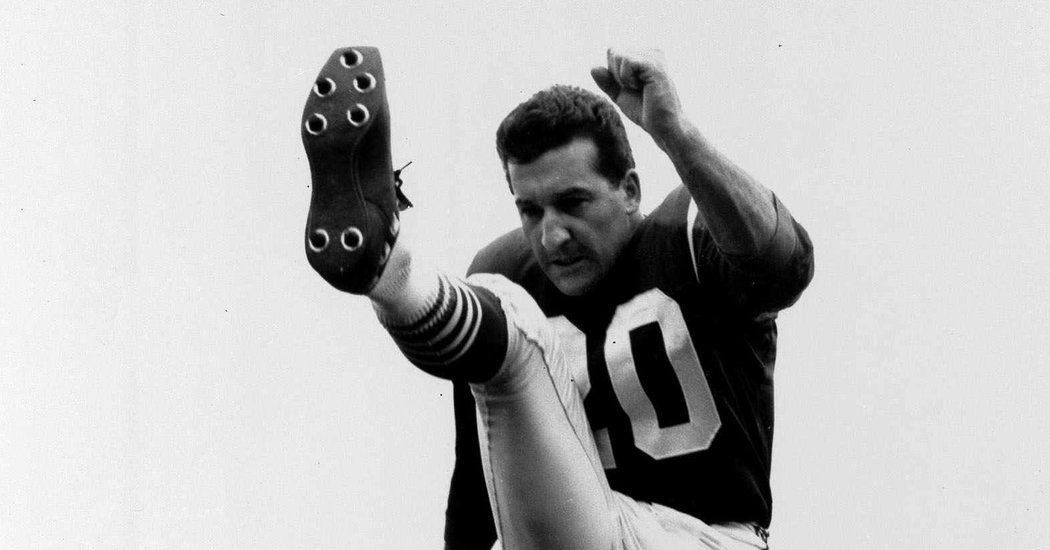 Cappelletti was certainly one of only three players who were in every certainly one of their team’s games over the lifetime of the A.F.L. — 14 regular-season games in each of 10 seasons. The others were George Blanda, the quarterback and kicker for the Houston Oilers and the Oakland Raiders, and Jim Otto, the Raiders’ center.

Cappelletti retired after 10 seasons within the A.F.L. and one within the N.F.L. with 292 receptions for 4,589 yards and 42 touchdowns, together with 176 field goals, 342 extra points and 4 two-point conversions.

Cappelletti in 2009. He was a face of the Patriots through six a long time as a player, assistant coach and longtime radio color commentator.Credit…Matthew J. Lee/The Boston Globe, via Getty Images

Survivors include his wife, Sandy; three daughters, Gina, Cara and Christina; and 10 grandchildren.

Of their first three seasons, the Patriots played their home games at Boston University, at Nickerson Field. They switched to Fenway Park, home of the Red Sox, in 1963.

“We felt like we were legitimate since it was a significant league venue,” Cappelletti told The Recent York Times in 2012, reflecting on the A.F.L.’s presumed inferiority complex as a long-shot challenger to the N.F.L.

To avoid having one team blocking spectators’ view within the low-rising seats along Fenway’s first-base line, each teams’ benches were placed on the identical sideline, in front of a brief grandstand adjoining the left-field wall often known as the Green Monster.

“That led to some crazy things,” Cappelletti recalled. “We could wander over near their bench and snoop on their play-calling.”

He told of a game during which the Patriots put that plan into motion against the coach of the Kansas City Chiefs:

“I remember Hank Stram calling for screen passes and us yelling to our defense about what was coming.”