While watching the NFL games on Sundays, note how over and over crowd shots concentrate on families apart from those that resemble the Addams or Manson families.

Do they show a father seated together with his kids having fun with their time together as well-comported fans, a family sharing popcorn and sipping soft drinks, those more prone to be in a Norman Rockwell print than to be arrested for drunk and disorderly? It’s likely that in 10 hours of watching you won’t see even one such crowd shot.

Yet you’ll see greater than 50 shots of adult men and girls chosen for TV attention — rewarded — because they seem dressed and well-oiled for such attention, something akin to Beer Pong with “The Price Is Right” contestants.

That may mean that those that would dare escort well-behaved family members to NFL games are intentionally ignored or aren’t any longer welcomed, thus now not attend.

I used to attend Giants games at Yankee Stadium with my father. The few loud-mouthed vulgar drunks in our midst can be shouted down and even threatened by the sober, often with various antiquated shouts equivalent to, “Hey, Pal! I’ve got my wife and youngsters here! Can it!”

Nobody needed to call an usher or security. It was handled by peer pressure.

Now, the civilized at NFL games, a minimum of based on what TV directors prize, look like in need of such peers. They appear vastly outnumbered, surrounded by those that are two shots in need of puking on the guy in front of them. 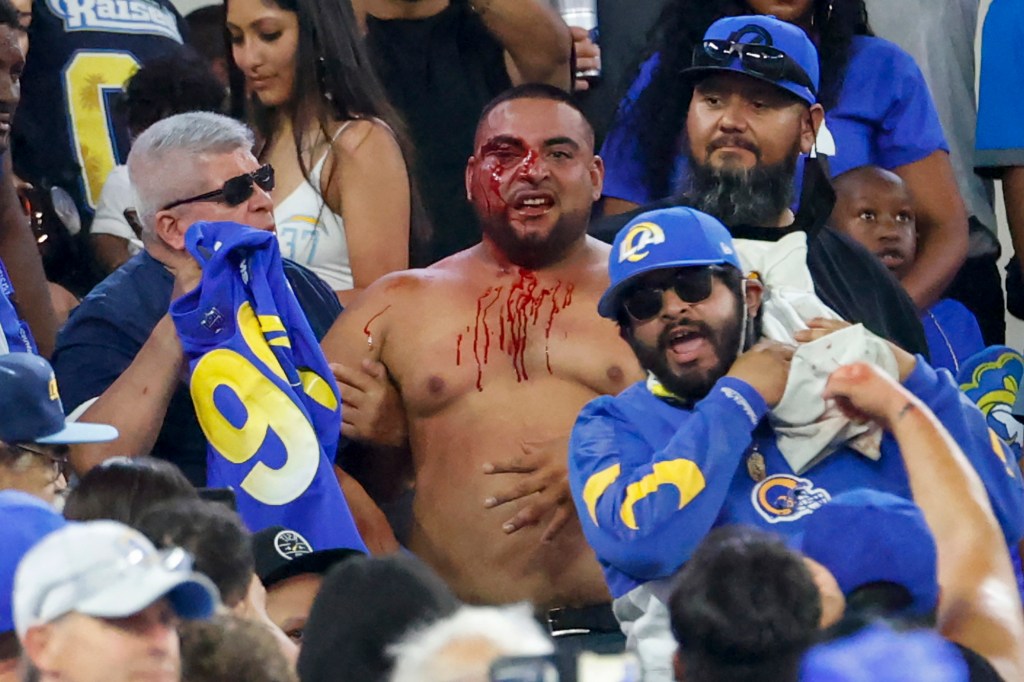 A detailed friend waited years — prior to Roger Goodell’s “good investment” PSLs — to purchase Jets season tickets. He was thrilled when his time got here. But together with his wife and young son surrounded by drunks, he lasted lower than one season.

The tip got here when a “fan” wobbled into the aisle next to where his wife was seated, unzipped his fly and urinated on the steps. Livid, he summoned an usher.

Solution: He was told that he and his family should change from the seats that they had purchased and move rows higher in quest of empty seats.

For a couple of dollars per game, that usher wasn’t going to go to war for him and his family.

He knew then it was all backward — the nice guys had lost one other.

It strikes me that each time TV chooses to delightfully concentrate on the largest fools within the stands — “These fun fans are what it’s all about!” — that those in the printed truck chargeable for these shots, 15 or 20 times per telecast, must have their family members sit amongst them, to essentially absorb the “NFL Experience.”

It also strikes me that each time a shot of the attention-starved, the uncivil, unsteady or simply drunk and disruptive (before many drive home), appears because the essence of NFL fandom, watching the sport and limitless commercials at home sits an ex-patron pleased together with his decision to save lots of his self-worth.

It now seems that each Monday the web includes videos of booze-fueled brawls from the games that Sunday — before, during and after. To wear the jersey of the visiting team is an invitation having your jaw broken.

And Roger Goodell, at $63 million per to disregard what has corroded the NFL as a sport and a sports attraction — commissioner of the Nero Fiddles League — does nothing.

“It’s all about our fans,” he has proudly boasted. Which of them?

If only one in every of these empty, redundant, no-better-idea NFL pregame shows paid attention, or had the sense of creativity and even real humor, it will stand out because the one actually value watching.

For instance, the Jets-Browns game on CBS last week included a hilarious moment that has gone ignored.

After Browns running back Kareem Hunt ran for 4 yards, he was seen giving that drained spoon-to-mouth “feed me” gesture. Yep, he’s the person! Just give him the damned ball! 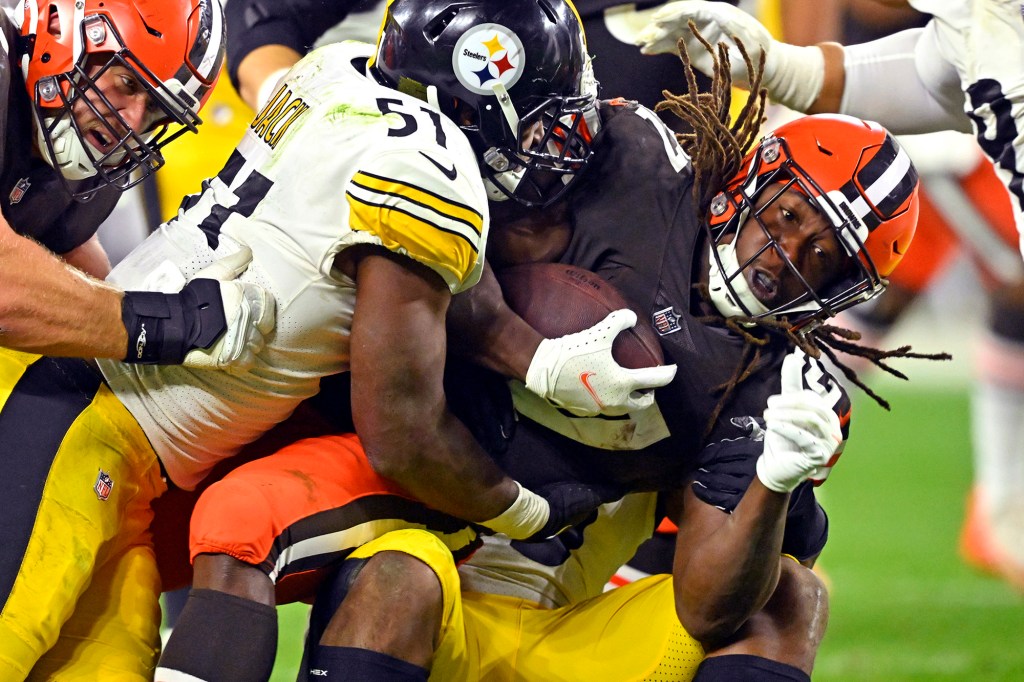 Kareem Hunt is stopped by the Steelers defense.AP

So on the very next play, the Browns fed him. Wham! He was clobbered for no gain.

Which may’ve given cause for one in every of those postgame shows to create legitimate laughter relatively than the forced kind. Gosh, without much sweat these shows may very well be so a lot better.

He even had his provocative moments, equivalent to when a chat about Aaron Judge versus Barry Bonds led Nelson to say the Hall of Fame now includes steroid users. (Ivan “Pudge” Rodriguez has never been above conspicuous and published suspicion, nor has David Oritz.)

But as an alternative of asking who, Michael Kay let it float away.

Anyway, had YES not fallen victim to its shallow, misguided and misapplied stab at diversity, as an alternative of Nelson this season, we were stuck with Carlos Beltran and Cameron Maybin, neither even barely primed for the job.

It’s all so sad, so untreated, so limitless, and so selectively ignored by those luminaries of sports, politics, society and race who otherwise lecture us on what’s flawed with America.

Emoni Bates, lower than two years ago a 6-foot-9, top-five highschool basketball recruit from Michigan, committed to Michigan State, enrolled at Memphis then transferred to Eastern Michigan in his hometown of Ypsilanti.

In response to the police report, last Sunday night, after they pulled over “a vehicle that didn’t stop” at an intersection, Bates was arrested near EMU’s campus, charged with carrying a concealed gun with “altered ID marks.”

Yet these growing, now almost each day stories — and worse — must escape the eye of the all-seeing, all-knowing newsmaker LeBron James, though as an apologist for the Chinese Communist Party that enriches him through Nike, he has diplomatic immunity.

No ‘end’ in sight of NFL wokeness

The Browns on Sunday against the Jets still had their “End Racism” message stenciled just beyond the tip zone. But after signing Deshaun Watson for $230 million, all of it guaranteed, I suppose “End Sexual Abuse” was out.

Essentially the most misused phrase amongst sportscasters is “much-maligned.” To be maligned is to be libeled, smeared, defamed, slandered, done seriously flawed. Thus, Spero Dedes’ claim during CBS’s Jets-Browns game that the Jets’ dead-last defense last season was “much-maligned” was much flawed. The Jets’ D was not even maligned, it was justly criticized.

I could also be flawed or I may need been dreaming, but a pitch was thrown Thursday through the Red Sox-Yankees game that Fox’s John Smoltz didn’t analyze. 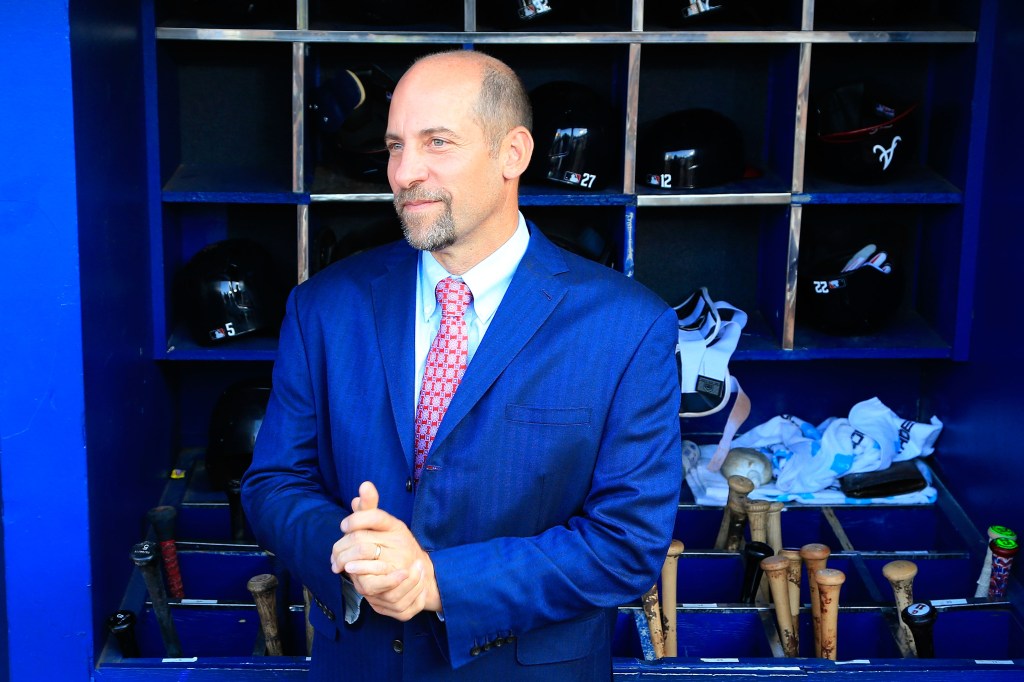 Reader John Agnese still can’t come to grips with an MLB Network graphic: “Reds have lost 90 games for the primary time since 2018.”

ESPN’s Self-Serving but Otherwise Irrelevant Stat of the Week: Bills WR Stefon Diggs “has 10 TD receptions, essentially the most in NFL prime time.” (Due to reader Saul Mishaan for the heads-up.) 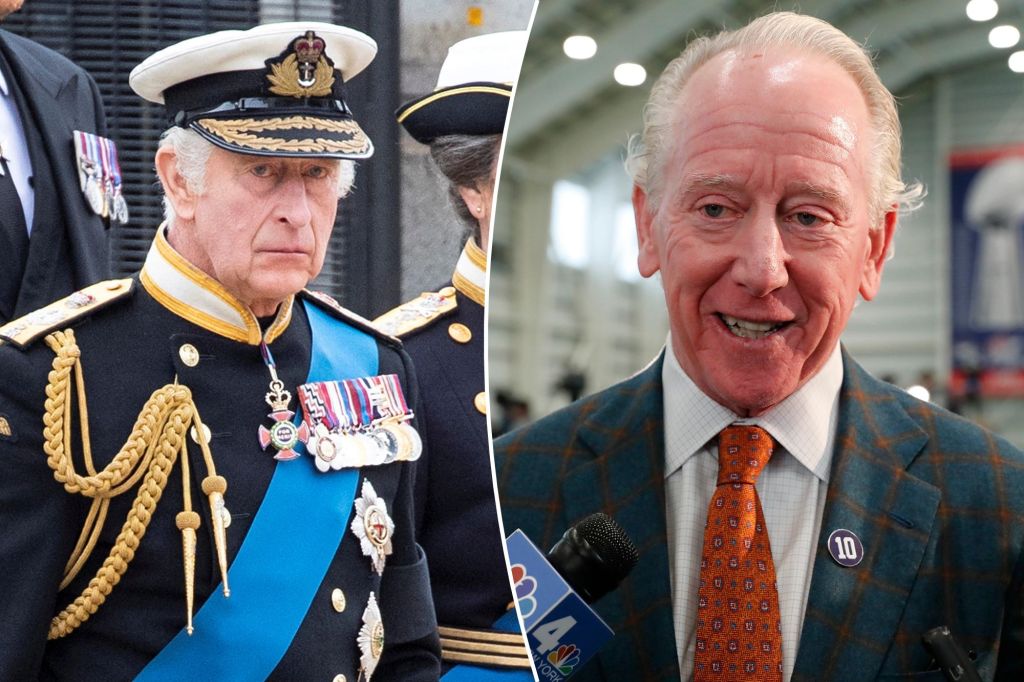 Another time: When it’s third- or fourth-and-short, stay on the bleepin’ field! Got that, Fox? When the offense involves the road, don’t cut to closeups or crowd shots! Allow us to watch! Is the O attempting to bait the D to leap offside? Two tight ends? Fake punt? , show the football game!

Just received notice that my health advantages have been canceled. Something a couple of “Moose Johnston clause.”