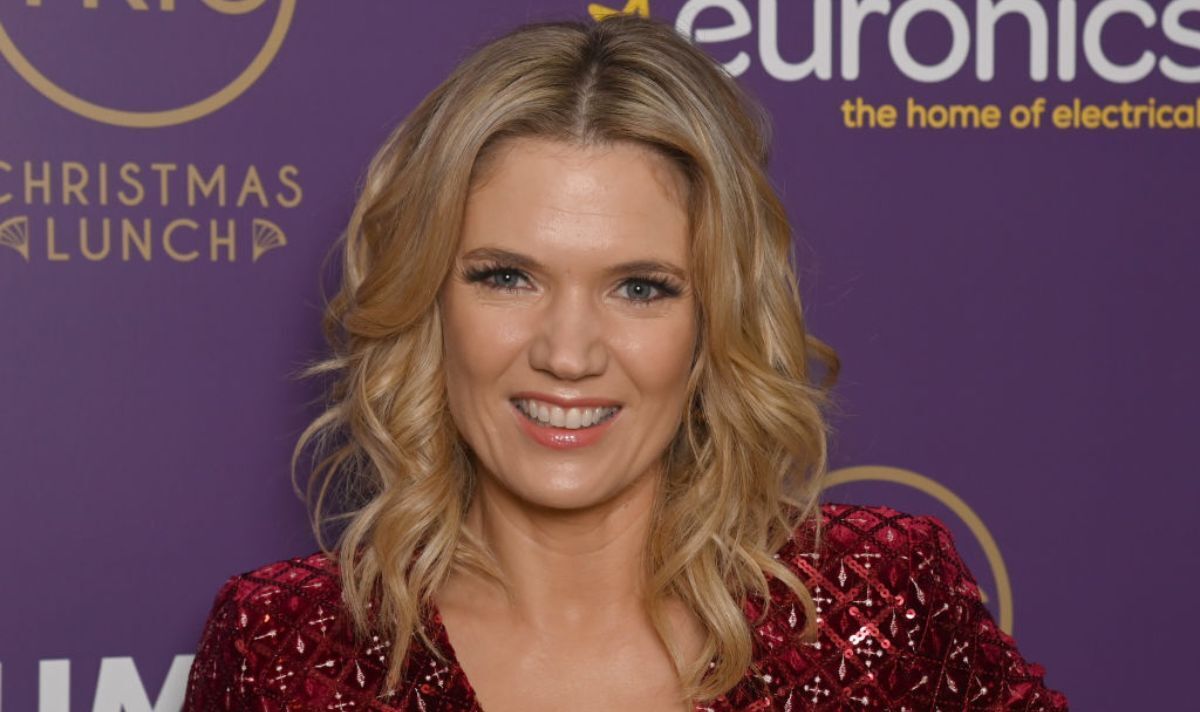 Charlotte Hawkins, 47, was all smiles as she showed off her long, lean legs in a glittery sequined mini dress in a festive shade of red at The Londoner Hotel yesterday afternoon. The Good Morning Britain star was joined by a few of her BBC colleagues for the event, including Susanna Reid, 51, and Dan Walker, 45.

Charlotte’s GMB co-star Susanna also showcased a Christmassy crimson dress which, in her case, was comprised of a crushed velvet fabric.

Charlotte’s slender figure sparkled as she sported what gave the impression to be a snowflake pattern on the dress, to mark the winter season.

She paired the outfit with some beige open-toe sandals, while her tousled blonde hair cascaded down her shoulders in waves.

The occasion that warranted her ultra-glammed up outfit was the annual Christmas Party by TRIC, an organisation which has aimed to “promote goodwill in the tv and radio industries” for greater than 90 years.