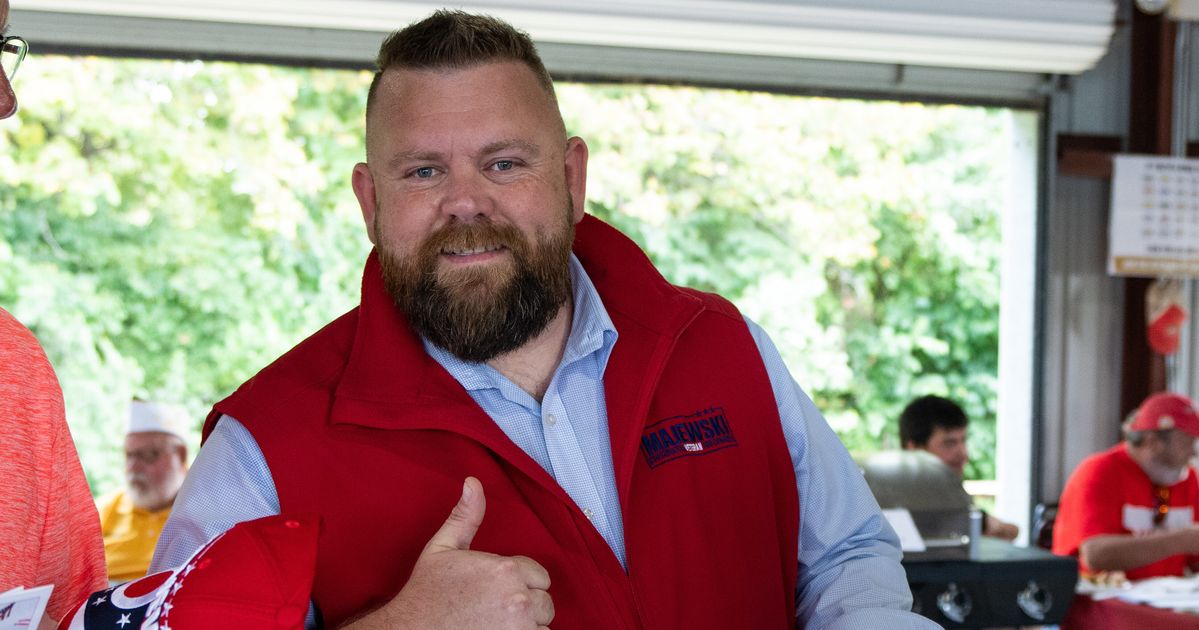 A Republican candidate for a northwest Ohio congressional seat has seen his support vanish overnight, following an investigation that exposed he’d lied about deploying to Afghanistan after the Sept. 11 terrorist attacks.

The National Republican Congressional Committee on Thursday pulled nearly $1 million in ad reservations, originally booked to spice up J.R. Majewski, a Trump-endorsed QAnon supporter who attended the Jan. 6 rebellion and has encouraged Republican states to secede from the union.

Sources accustomed to the committee told Politico they’d purchased $960,000 in ads within the Toledo, Ohio, market, believing Majewski could win the district. They walked back that purchase Thursday.

In campaign appearances, Majewski represented himself as an Air Force combat veteran who endured “tough” conditions in Afghanistan, where he says he spent weeks without access to running water.

And a biography published by the House Republican campaign committee attested that Majewski’s “squadron was one in every of the primary on the bottom in Afghanistan after 9/11.”

But documents published Wednesday by the Associated Press show he was never in Afghanistan during his time within the Air Force.

As an alternative, the closest Majewski got to the country was a six-month stint in Qatar, where he helped load planes. The vast majority of his active-duty service was spent at Kadena Air Base ― in Japan.

Ohio’s ninth Congressional District is currently represented by Democratic Rep. Marcy Kaptur. Despite her status because the longest-serving woman within the history of the U.S. House, redistricting shifted the district to the appropriate, putting her reelection in danger.