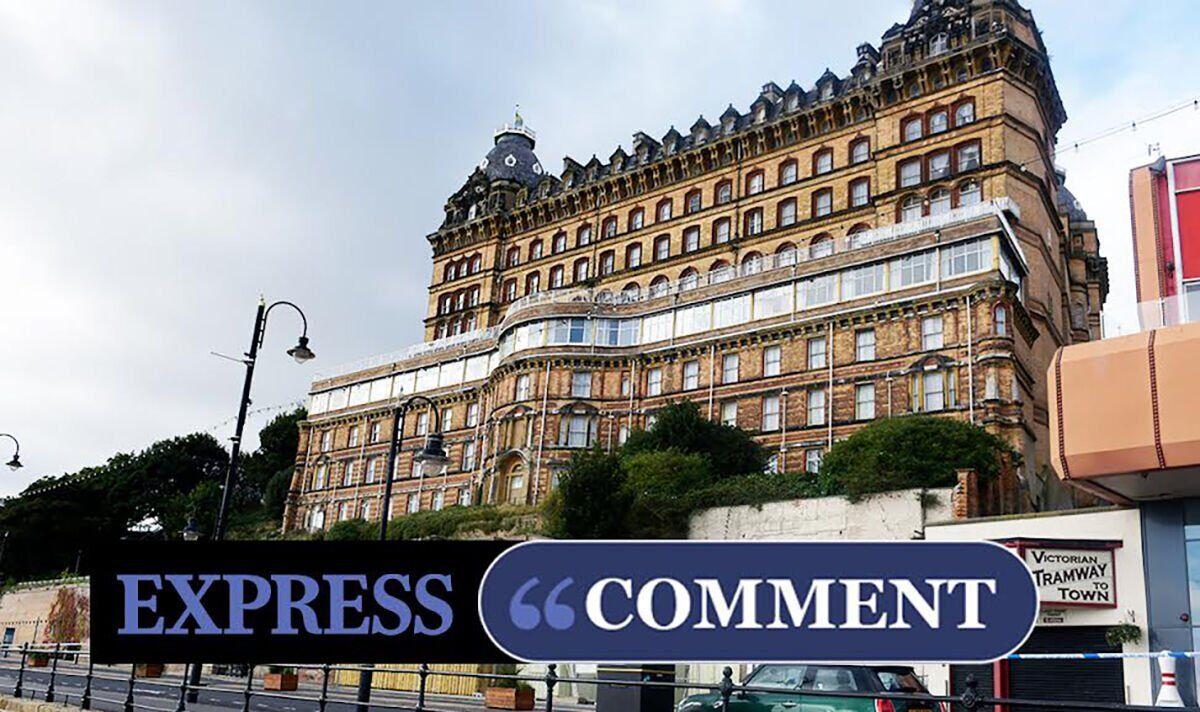 A girl has branded her stay at a British hotel with greater than 4,000 “Terrible” reviews on TripAdvisor as “the worst”.

Poppy Kennedy reviewed The Grand in Scarborough, North Yorkshire, for Teesside Live after reading countless awful critiques online. She too was unimpressed, claiming the room was “bloodstained”, partitions “dirty” and black body hair was found on the bedding.

It’s operated by Britannia, which has been named the UK’s worst hotel chain for the past 10 years.

Poppy wrote: “It might be an exceptional place to remain but it surely keeps busy as an inexpensive and never so cheerful clifftop destination. Will I be going back to The Grand? Actually not.”

The room for 2 at The Grand, an unlimited constructing that dominates the South Bay skyline, cost £50 on a Friday night within the run-up to Christmas.

But Poppy, a journalist for Teesside Live, called her stay “an experience [she’ll] never find a way to clean off.”

Writing for the publication, the reporter said: “The primary sign of trouble was the one-star food hygiene rating slapped on the doorway – in that moment I used to be very grateful I’d booked a room only. I’d been warned in an email previously that I could expect queues on the check-in desk which opened at 4pm.

“I even have to confess, I scoffed. Surely with the 4.7/10 Booking.com rating there would not be guests flooding through the doors – how flawed I used to be.

“We stood for 20 minutes waiting to envision in – although there have been only 4 people in front of us and three very nice receptionists behind the desk. I’m not quite sure why it took so long once we managed to pay and receive our key in a matter of seconds.

“Our time within the admittedly ‘grand’ lobby was… eye-opening. The clientele was a combination of raring-to-go revellers and pensioners on a bus trip having fun with a relaxed drink from the bar.

“A well-decorated Christmas tree stood tall and fairy lights hung across the lobby to mark the festive season. The architecture is stunning with huge archways and a signature staircase but it surely was spoilt by old-fashioned and bland décor – it’s what you’d expect from a cliff-top guest house that hadn’t seen a paintbrush in 30 years.

“The beautiful and nice receptionist upgraded our room (to at least one with a window) and was extremely helpful and thorough – actually, the interaction together with her was single-handedly the very best 60 seconds of our trip.

“Following her directions, we squeezed into the lift, together with two workmen scoffing a greasy kebab, and headed to our room. The place is sort of a maze so the maps on the dreary partitions got here in handy. But heading down the wide, empty corridor, I would not have been surprised if two eerie twins in blue dresses appeared at the top. Its likeness to the few clips I’ve seen of The Shining is uncanny.

“Heaving open the big bedroom door (which didn’t really close properly) we flicked on the sunshine switch – nothing. My partner – who I’d dragged together with me – groaned as I fumbled to place the torch from my phone on and eventually found a ‘wall light switch’ above the bed.

“Looking up, there wasn’t actually a bulb or any light fixture on the ceiling – so what the switch by the door is for is beyond me. At first look it was basic. Dark carpets, white sheets, plain partitions. The picket desk had tea and low – however the spoon and tray were dirty and I actually didn’t trust the cleanliness of the mugs.”

She added: “Now, the lavatory. The ground was dirty and a dingy purple and the ceiling was affected by what looked like mould. There was a stained, crumpled A4 sign sellotaped to the bathroom reminding guests to only flush human waste and bathroom roll – oh and the toilet roared every time you turned on the faucet or shower.

“There was what looked like blood smeared into one in all the partitions and I gagged on the considered the off-white shower curtain sticking to me. We were heading out and I needed to shower after a hike around Hayburn Wyke, north of Scarborough, so I placed on a brave face. The towels (to their credit, I suppose) did appear properly cleaned although they were as rough as sandpaper.

“And it was on walking back into the carpeted bedroom, barefoot, that I spotted a needle on the bottom. On closer inspection, it will need to have been a stitching pin of some form but still not something I’d like piercing my sole.

“We rushed out and headed to meet up with old friends so it was on our return that I took a more in-depth inspection – 4 in a Bed style. Personal highlights were the wiry, black bodily hair (possibly pubic) I discovered on the bedding, and the gut-turning stain on the bed sheets, which also looked like blood.

“Now, I admit I could have gone downstairs and asked for brand spanking new bedding however the reception desk was STILL busy at 11.30pm. So I donned my full-length PJs, switched on the square telly and accepted my fate.

“There have been spiders in the lavatory, spilt sugar on the dressing table, and piling dust in a lot of the crevices of the hotel room. But, fear not, the hotel had plastic-wrapped the TV distant for extra clean, Covid-safe fun. My partner drifted off to sleep on the hard mattress, secretly cursing me, as I lay reading my book when it began to rain outside.

“I can only assume there was some broken guttering above our room because the floods of water hammered right into a growing puddle directly under our window – our special, upgraded window. When I ultimately got to look out within the morning, it seems we faced a lower roof of the hotel which was affected by hot water bottles, vapes, pizza boxes and more.

“The night sleep wasn’t great – the rooms weren’t soundproof – but thankfully once I’m out, I’m dead to the world. Check-out was at 10am and I do not think either of us could have gotten out any quicker.”

Concluding her critique, Poppy wrote: “Scarborough has at all times held a special place in my heart. Growing up my parents took us every 12 months, I even have fond memories of sunny days spent at Kinderland within the late 90s or constructing sandcastles on North Bay beach.

“And having lived and worked within the seaside town in my early 20s, I’ve seen first-hand just how much Scarborough has going for it. It’s definitely seen increasingly investment within the last decade.

“The Grand Hotel is operated by Britannia, which has been named the UK’s worst hotel chain for the past 10 years. So it’s no surprise that the Scarborough hotel now not lives as much as its name – which is, genuinely, an actual shame.

“It might be an exceptional place to remain but it surely keeps busy as an inexpensive and not-so-cheerful clifftop destination. Will I be going back to The Grand? Actually not. But I’ll at all times keep returning to Scarborough.”