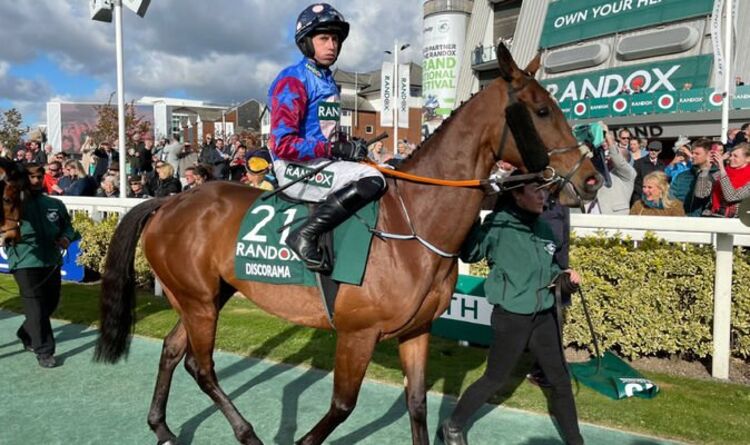 Grand National runner Discorama has died, having been put to sleep on account of an ‘untreatable’ injury the horse sustained throughout the iconic Aintree race on Saturday evening. Trainer Paul Nolan confirmed the news on social media. Discorama, who pulled up before the thirteenth fence, is the third horse to be put down at this 12 months’s Festival after Elle Est Belle earlier within the day on the second race of the cardboard, while Solwara One was the primary fatality on Friday.

Since 2000, 58 horses have died on the famous Aintree meeting and only 15 of the 40 runners within the 2022 National made it to the ending line. Nolan wrote: “We’re heartbroken to have lost Discorama today at Aintree. Bryan pulled him up on account of injury. Our condolences to his owners Andrew Gemmell & Tom Friel.”

ITV Racing present Ed Chamberlain had reported after the National, which was won by the 50-1 Noble Yeats, that the horse was being “assessed” back within the stable yard before jockey Bryan Cooper said: “He was going OK early on but he ended up pulling up lame.” Discorama was later diagnosed to have suffered an untreatable pelvic injury.

Professor Chris Proudman, veterinary advisor to Aintree racecourse, explained: “After the race, Discorama, who had pulled up while travelling on the flat between fences, was assessed further in Aintree’s veterinary treatment facility inside the stables.

“Very sadly we determined that he had sustained an untreatable pelvic injury and it has now been crucial to place him to sleep on welfare grounds. Our thoughts are together with his connections.”

While trainer Nolan continued: “It’s devastating. It’s extremely sad for his owners. He was an incredible horse but unfortunately that is an element of the sport. He went peacefully and, while we’re all devastated, the truth of the situation is I didn’t make it to Aintree because my very own father may be very sick at home and unfortunately it doesn’t look good. We have our own worries at home and, at times like this, it provides a little bit of perspective.”

Chris Luffingham, director of external affairs at leading animal welfare charity the League Against Cruel Sports, said: “The death of Discorama today on the Grand National is a mirrored image of the shocking safety record of this race – it’s the 14th horse to be destroyed on the race because the 12 months 2000.

“This death toll is solely unacceptable and a blight on the horse racing industry. We want latest safety measures to prioritise horse welfare and to bring about an end to this sickening spectacle. Enough is enough.

“Whipping horses and forcing them to run for miles at breakneck speeds, all of the while attempting to hop over dangerous obstacles, is a throwback to days when animal welfare was not a significant concern. We want a latest independent, regulatory body which focuses purely on the welfare of the horse and ends the usage of the whip and the cruelty and body count related to the Grand National.”

Changes introduced to the Aintree racecourse since 2012 to enhance safety for the horses include changing and rebuilding fences, facilities and stables. The Jockey Club website states: “From the very moment a horse arrives at Aintree crucial thing to the racecourse is its safety and welfare.”

Latest approaches and bypass areas have also been added to the course to make the approach of every fence safer. The health of horses is assessed by veterinarians at Aintree before the race to make sure they’re secure to compete and never a danger to themselves or the opposite horses within the race.

Ahead of the National, Dr David Stack, a Senior Lecturer in Equine Surgery on the University of Liverpool, told BBC Radio Merseyside that the local equine hospital has similar facilities that the NHS would supply for human patients.

“We could have quite a few teams on standby in any respect times with specialisms in a wide range of different areas that ought to cover any eventuality,” he said. “When it comes to facilities and the service provision, significant improvements have been made lately.

“The Aintree track for instance includes things like pre-race vet checks, appropriate post-race facilities for cooling down horses and other course safety measures like steering loose horses, horses which have unseated their riders, away from the major pack.”

Express Sport has contacted the Jockey Club for comment.