Gwen Knapp, Sportswriter Who Checked out the Big Picture, Dies at 61 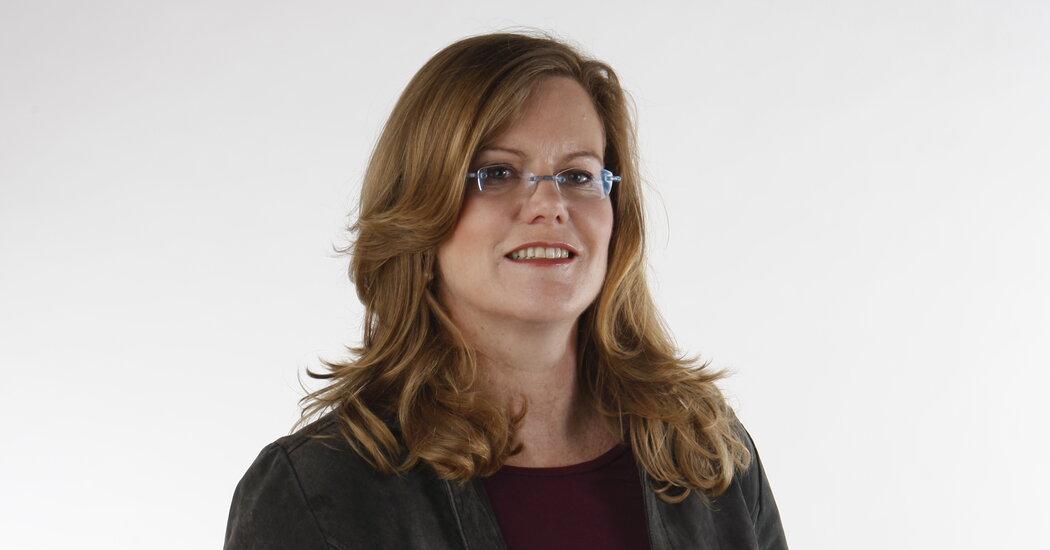 Gwen Knapp, a outstanding sports reporter and columnist at The Philadelphia Inquirer and The San Francisco Chronicle and most recently an editor on the sports desk of The Latest York Times, died on Friday in Manhattan. She was 61.

The cause was lymphoma, her sister Susan Knapp McClements said.

Ms. Knapp spent nearly 30 years reporting on sports. She became a sports columnist in 1995, certainly one of only a handful of ladies within the country to have that title on the time. Her predecessor at The San Francisco Examiner was Joan Ryan, certainly one of the primary.

Ms. Knapp was particularly well-known amongst sports fans within the Bay Area for her concentrate on subjects like racism, sexism and medicines. Her columns drew the ire of among the biggest names in sports, just like the champion cyclist Lance Armstrong and the baseball star Barry Bonds.

As early as 2001, before Armstrong’s third of seven consecutive Tour de France victories and well before most other American journalists, Ms. Knapp raised doubts concerning the validity of his performances.

In a protracted letter to the editor of The Chronicle in 2004, Armstrong complained vociferously about Ms. Knapp, writing, “I even have never had a single positive doping test, and I don’t take performance-enhancing drugs.”

Nine years later, he admitted having taken banned drugs during all his Tour victories.

Ms. Knapp wrote extensively about Bonds, who was crushing home run records amid widespread speculation — which he has all the time denied — that he was using performance-enhancing drugs.

She was commonly a finalist for newspaper writing awards presented by Associated Press Sports Editors and won the highest award for columnists in 1998. Among the many columns the judges cited was one concerning the N.F.L. star Reggie White’s remarks that homosexuality was “certainly one of the most important sins.”

She became an editor at The Times in 2014. She worked on the foreign and national desks before she found her way back to sports, where she most recently oversaw coverage at night and was a mentor to young staff members, especially female ones.

Mary Gwen Knapp was born on Nov. 18, 1961, in Wilmington, Del. Her father, Laurence, was a ship pilot on the Delaware Bay and River. Her mother, Eleanor (Agnew) Knapp, was the director of education and museum operations on the Hagley Museum and Library.

Ms. Knapp got the sports bug from her mother, who rooted for the nearby Philadelphia Phillies. “We grew up with WDEL, with the Phillies game on, and my mom yelling on the radio when she was driving us to swimming,” Ms. McClements said.

After graduating because the valedictorian of Mount Nice High School in Wilmington, Ms. Knapp attended Harvard University, where she majored in history. She was on the swimming team and was the sports editor of the coed newspaper, The Crimson.

Sooner or later, while home on a break from college, she asked her father, who had played highschool football, to clarify the game to her. She had decided to pursue sports journalism, and she or he needed to review up.

After graduating from Harvard, Ms. Knapp covered highschool sports for The Wilmington News-Journal before spending almost a decade as an editor and a reporter at The Philadelphia Inquirer. She then spent 17 years as a columnist in San Francisco, first at The Examiner after which at The Chronicle, after the 2 newspapers’ staffs were combined in 2000.

While Ms. Knapp was a cleareyed and forceful author, the reporting and writing process didn’t come easily to her.

“For her, putting her heart and mind out on the page was in some ways a bit frightening,” said Chuck Culpepper, a sports reporter for The Washington Post and a detailed friend. When Ms. Knapp lived in a one-bedroom apartment in San Francisco, he said, she would sometimes ask house guests to depart for the day so she could struggle along with her writing alone.

Her sister Rebecca Knapp Adams described Ms. Knapp working into the wee hours and fretting: “Am I getting either side? Am I being fair here?”

Her columns on Lance Armstrong and Barry Bonds got here not from a spot of ethical absolutism about drugs but from that sense of fairness, said Nancy Cooney, a colleague from The Inquirer. The 2 men’s comments and behavior “offended her conscience,” Ms. Cooney said.

In her final column for The Chronicle, in 2012, Ms. Knapp took stock of the numerous years she had written about drugs in sports and explained why it mattered.

“Without the assumption that sports have some higher value than entertainment, they forfeit their special place in our culture,” she wrote. “For all the failings of the sports, they represent the purest meritocracy now we have. They advanced desegregation on this country ahead of the final population, and for a similar reason, they need to recover from homophobia immediately.”

Along with her sisters Susan and Rebecca, Ms. Knapp, who lived within the Morningside Heights section of Manhattan, is survived by her father and one other sister, Nancy Knapp Piccione.

While she was best known for her treatment of great topics, Ms. Knapp appreciated sports for all they’d to supply. The article of hers that colleagues remember most was written on July 4, 1993, after the Phillies accomplished a doubleheader at 4:40 within the morning. To totally capture the delirium of the sport, the latest-ending one in baseball history, she quoted not only players and managers but in addition umpires, grounds crew, announcers and fans.

“Mickey Morandini, dragging himself through the clubhouse and past his weary teammates, appeared to understand the continuum,” she wrote. “‘See you today,’ he said. And he was right.”