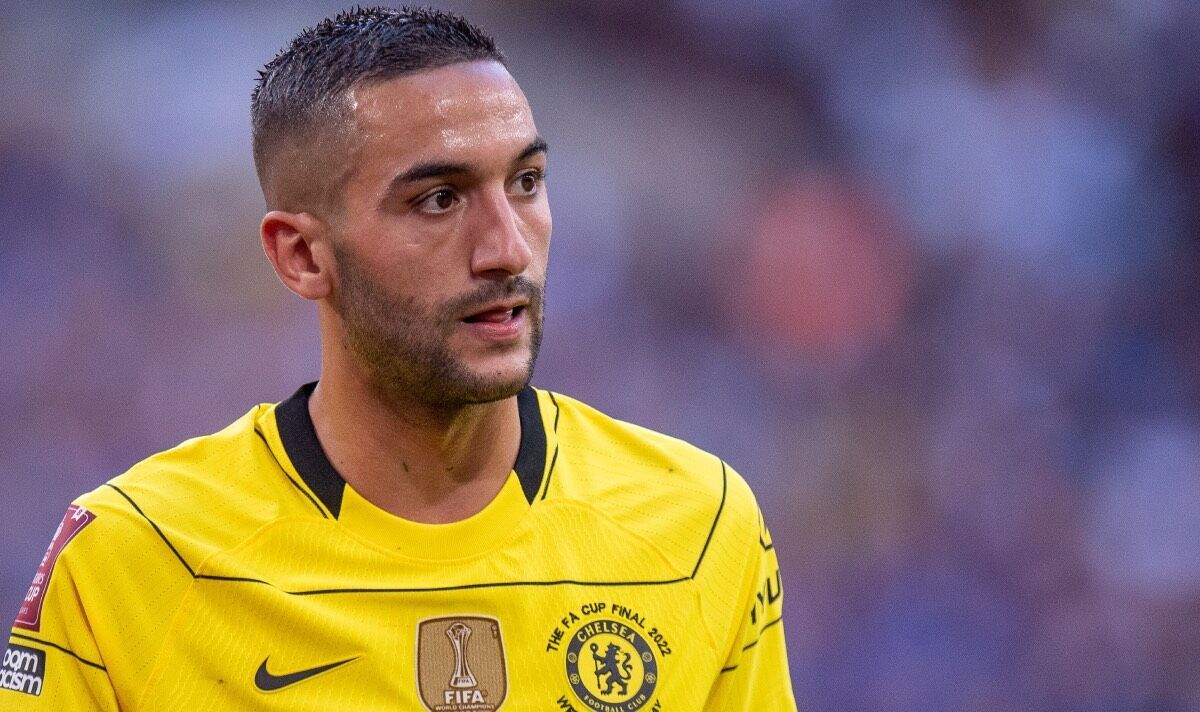 Chelsea winger Hakim Ziyech is more likely to prefer a move to Tottenham over a return to Ajax this summer, in accordance with Dutch journalists. The Blues are understood to be in negotiations with the Eredivisie champions over the Moroccan and a latest round of talks are set to be staged, while Chelsea’s London rivals Spurs have emerged as a substitute destination for the winger.

The west London club shelled out £33.3million to capture Ziyech’s services back in 2020 having seen him light up Europe with consistently eye-catching displays in an Ajax side which made it all of the technique to the Champions League semi-finals a yr previous. Nevertheless, despite showing glimpses of his undoubted ability with the Blues, the 29-year-old has ultimately did not recapture the sparkling form from his Ajax days.

Having fallen down Thomas Tuchel’s pecking order, the winger is now thought to have been deemed surplus to requirements by Chelsea this summer. After a move to AC Milan did not materialise, Ziyech is now being hotly pursued by his former club back within the Netherlands.

It has recently emerged that Ajax also face competition for the attacker’s signature from none apart from Chelsea’s London rivals Tottenham. Antonio Conte is regarded as keen so as to add Ziyech to his evolving ranks, but could have to maneuver fast given Ajax have upped their efforts to re-sign their former favourite.

“I can imagine that he prefers Tottenham, because he still wants to achieve England. [It would be] a bit like a failure [to return to the Netherlands]. He’s received here with applause, that may be a warm welcome, but then the boy has failed in England.”

Echoing Derksen’s sentiment, fellow Dutch journalist Rene van der Gijp suggested it was a no brainer for Ziyech to go for Spurs over Ajax given the extent of opposition he would face in week-in week-out within the Premier League in comparison with the Eredivisie. Van der Gijp said: “Should you can play at Tottenham otherwise you play against Sparta, RKC or Go Ahead, you then go there, right?”