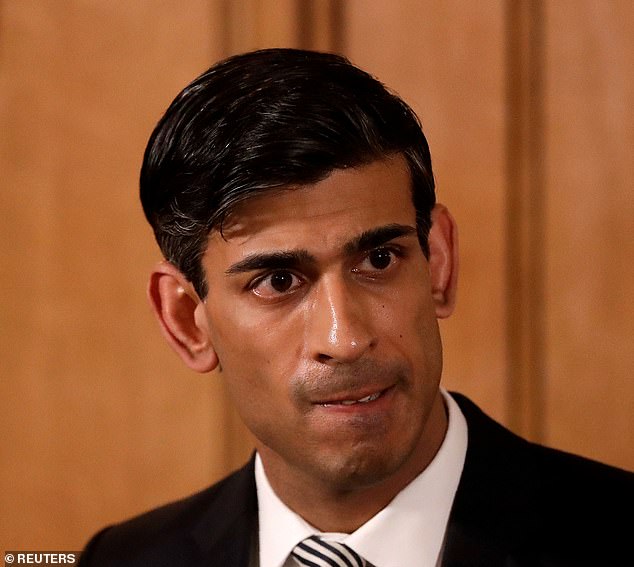 HAMISH MCRAE: Rishi can have cracked the challenge of helping pay energy bills, but the larger query is learn how to avoid recession

Rishi Sunak can have cracked it. The person challenge that families face is learn how to pay the fuel bills. Pumping an additional £15billion or so directly into people’s bank accounts, with almost actually more to are available in the long run, is the kind of measure that may make the difference between the economy growing and it contracting.

However the national challenge is learn how to avoid recession. For it shouldn’t be just the cash, very helpful to families, but not huge within the context of the country’s economy. It’s the boldness factor. Everyone seems to be frightened, and understandably so, by the prospect of energy bills this winter that will probably be almost unimaginably big.

So what do you do? You begin cutting back on all spending now. A YouGov survey last week reported that about 40 per cent of Britons said that they had already began to cut their spending on clothes, eating out, takeaways and so forth.

Decisions: It is simply too early to have much feeling for the impact of Chancellor Rishi Sunak’s support package

There are all the time lags in economics, so if people reduce now, that may affect the economy through the autumn. If money that might have been spent within the shops or restaurants gets saved, that cuts jobs – which in turn further reduces the amount of cash swishing around the economy. That’s how recessions occur.

It is simply too early to have much feeling for the impact of the Chancellor’s package. Let’s wait until we see what people do, not what economists say they are going to do. But we do know from US policy when the pandemic struck, which was to send money straight into people’s bank accounts, that this did give a solid push to spending. So it will make sense if that happened here.

As for the cash side of it, that £5billion extra levy on energy corporations is tiny when set against tax receipts last 12 months of £830billion. Nevertheless it matters politically, for mercifully we live in a democracy and democracies need to strive to be seen to be fair. Profits have been inflated by the surge in energy prices, so taxing a few of that back is sensible.

The financial markets accept the fact of politics. Shell and BP shares were just about square on the week, with Shell up 39 per cent this 12 months and BP 22 per cent. The share price of Centrica, owner of British Gas, was badly hit, but then it recovered and is 5 per cent up on the start of January.

From the Treasury’s perspective, the difficulty is how briskly to chop the deficit. The primary estimate of the deficit for the last financial 12 months was £152billion, though the Office for Budget Responsibility thinks it should be revised down a bit. This 12 months the goal is about £90billion, so coming down but still meaty.

Spending an additional £15billion in theory pushes up the deficit but when it boosts confidence and sustains consumer spending and employment it should usher in more tax.

The massive numbers come later when pensions and advantages are raised in keeping with inflation. That will add 10 per cent to the bill. Then there’s the large imponderable: how much will the price of the Government’s interest bill go up, on condition that 1 / 4 of the national debt is linked to inflation? That, by the way in which, is inflation measured by the Retail Prices Index, which is running even higher than the patron price version.

So there are huge uncertainties, of which the most important single one is whether or not the economy can manage to continue to grow despite the hit from energy prices. To achieve this, it should needn’t only the Chancellor’s package and whatever follows. It’ll need something more. That’s that we now have to get back to work.

You should have seen those unemployment figures, all the way down to 3.7 per cent, the bottom because the Seventies. You will have heard how the variety of payroll employees is at an all-time high of 29.5million. But it’s possible you’ll even have needed to plow through Gatwick, or other airports, and face long delays because they have not enough staff.

Most employers are crying out for people. Though payroll employment is at a peak, the variety of self-employed has fallen sharply. That’s partly due to changes in regulation to chop down on people classified as self-employed but actually in jobs. Even allowing for that, there’s a shortfall.

So the underside line is that this. If we’re to maintain the economy expanding, which we now have to do to pay our way through the subsequent few years, we now have to entice people – who’ve perhaps retired early – back into some type of economic activity. And that’s a good greater challenge than paying our energy bills through the winter.

Hamish McRae’s book, The World In 2050: How To Think About The Future, has just been published by Bloomsbury