Harris: Election Deniers And Their Supporting Politicians Are Degrading U.S. 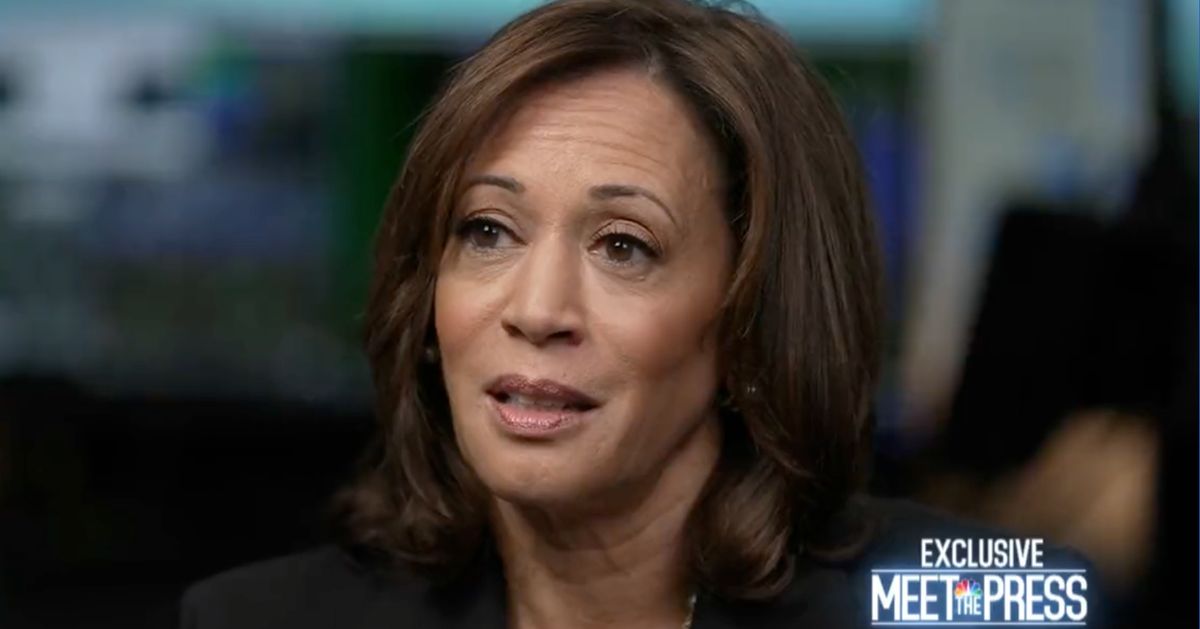 Election deniers and the U.S. politicians supporting them are weakening the nation’s popularity as a world leader in democracy and creating “very dangerous” threats to the country, Vice President Kamala Harris said in an interview that aired Sunday.

“I feel it’s a threat. And I feel it is rather dangerous, and I feel it is rather harmful. And it makes us weaker,” she told NBC’s Chuck Todd of domestic attacks, which have included the Jan. 6 rebellion on the U.S. Capitol and related nationwide efforts to obstruct the legitimacy of the 2020 election.

“I feel that we’ve to confess that there are attacks from inside … and we want to take it seriously. And we want to arise together, all of us, and consider this not through a partisan lens but as Americas,” she said.

“There are 11 people without delay running for secretary of state, the keepers of the integrity of the voting system of their state, who’re election deniers.” pic.twitter.com/SUB6snQJrG

Harris positively referenced her time as a senator working on the Senate Intelligence Committee for instance of politicians working together “on common grounds, with a standard purpose” and without political bias. These meetings were held behind closed doors and without cameras, she noted.

“People would take off their jackets, they’d roll up their sleeves, and so they were Americans first, focused on the threats to our national security, on common grounds, with a standard purpose, which is to defend our nation against attack,” she said. “Once I take into consideration what we’ve been seeing when it comes to the attacks from inside, I wish that we’d approach it the identical way – as Americans, as a substitute of through some partisan lens.”

She called out politicians today who she said fail to uphold the rule of law and other democratic principles by constantly denying the final result of the 2020 election. She noted the 11 election deniers who’re currently running to oversee future elections of their home states.

Along with sowing internal chaos, these individuals hurt the nation’s ability to be viewed and trusted at the worldwide stage “as a defender and an example of an important democracy,” she said.

“I feel what it sends is a signal that causes people to query, ‘Hey, is America still valuing what they discuss?’ ― which is the integrity of democracies, which implies protecting a rule of law and the sanctity of those systems and speaking up once they are attacked,” she said.

“I feel the specter of terror has diminished,” Sen. Mark Warner says, reflecting on where the country is now 21 years after the attacks of 9/11.

“I do worry about a number of the activity on this country where the election deniers, the insurgency that took place on January sixth.” pic.twitter.com/2v9OVEhbko

“In some ways, we defeated the terrorists due to resilience of the American public, due to our intelligence community, and we’re safer, higher prepared,” he said of the 2001 attacks’ aftermath. “The stunning thing to me is here we’re 20 years later, and the attack on the symbol of our democracy was not coming from terrorists, but it surely got here from literally insurgents attacking the Capitol on Jan. 6.”

Warner said though the “threat of terror” has diminished within the wake of Sept. 11, he stays anxious about election deniers.