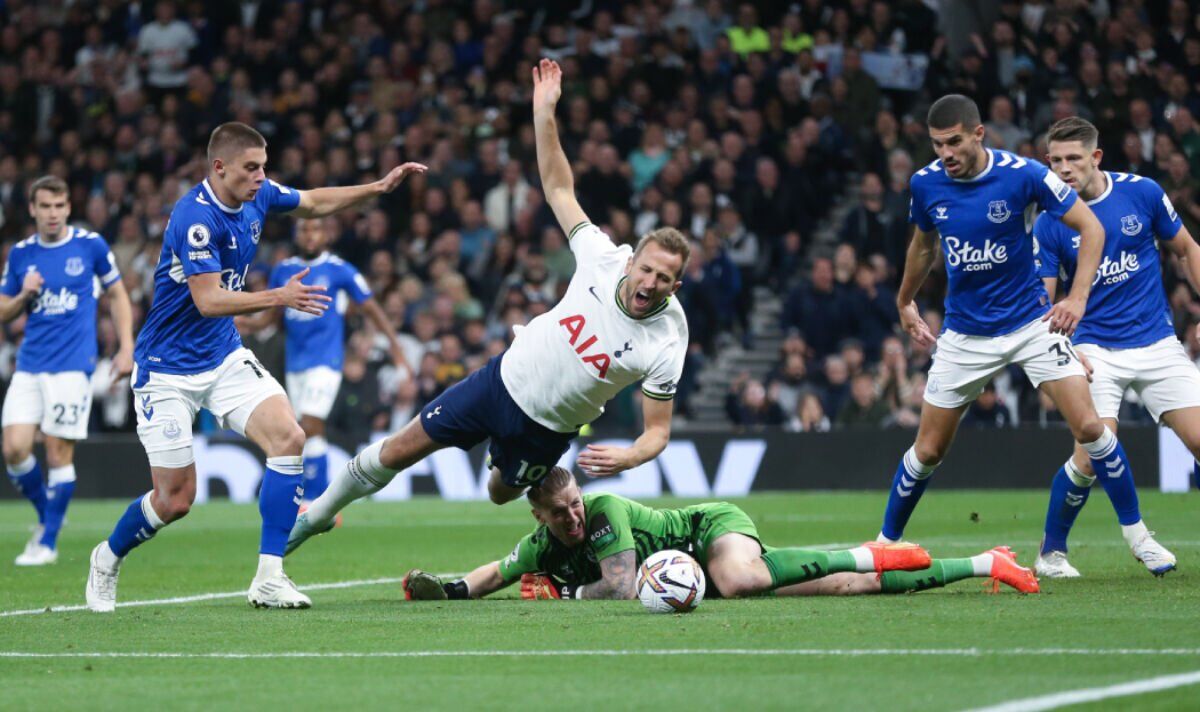 One other fan called for England boss Gareth Southgate to depart Kane out of the World Cup squad after his perceived dive. “Well that’s £50m on a player’s valuation if he can dive for penalties and VAR, referees, commentators can ignore it,” a 3rd fan said. “Well Done Harry Kane #TOTEVA. Hope Southgate has the great sense to depart you out of world cup matches.”

Kane addressed the penalty in his post-match interview, saying: “Firstly I’m just attempting to knock it past him [Pickford] and rating an open goal, but I feel I used to be on his blindside and he just dived down and took me out, so probably a bit unlucky frm his standpoint. He made a pair of fine saves and I snuck the penalty past him. Glad to get on the scoresheet again; it has been a tricky week with a great deal of games. We have got to get better well and prepare for Wednesday.

“Each time you miss a penalty the following one is an important one. I’ve practiced so many against Jordan and I feel like I’m coming up againat a number of English keepers this season. It was nice to get that one, it was really necessary.”