Heddy Honigmann, Whose Movies Told of Loss and Love, Dies at 70 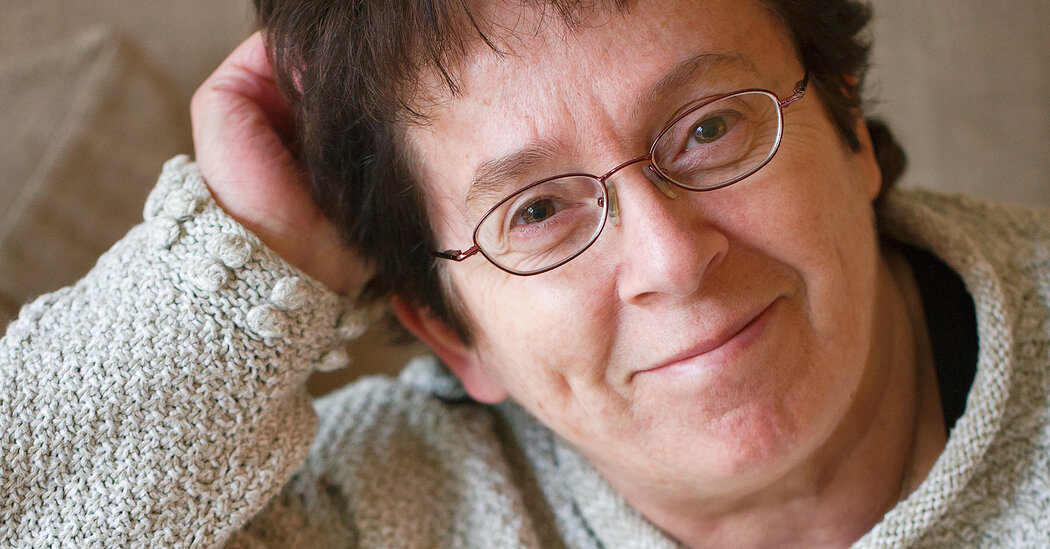 Heddy Honigmann, a Peruvian-born Dutch filmmaker whose humane and gently paced documentaries — of Parisian subway buskers, Peruvian taxi drivers, disabled people and their service dogs, Dutch peacekeepers, and the widows of men who had been murdered in a village near Sarajevo — were stories of loss, trauma and exile and the sustaining forces of art and love, died on May 21 at her home in Amsterdam. She was 70.

Her sister, Jannet Honigmann, who confirmed the death, said Ms. Honigmann had been sick with cancer and multiple sclerosis.

Within the economic chaos of Peru within the Nineteen Nineties, when the federal government nearly bankrupted the country and inflation soared, many middle-class people began moonlighting as taxi drivers, slapping a “Taxi” sticker on their Volkswagen Beetles or battered Nissans to signal that they were on call.

Ms. Honigmann collected their histories within the 1995 film “Metal and Melancholy,” riding within the back seat of greater than a dozen cabs whose drivers included a teacher, a police officer, an actor and an worker on the Ministry of Justice. She took greater than 120 taxi rides to seek out her subjects.

The stories that unspooled included a devastating tale from a person whose 5-year-old daughter had leukemia and who was driving to pay for her medical care. When he tells Ms. Honigmann that he encourages his daughter, whom he describes as a fighter, by saying, “Life is difficult, but beautiful,” it’s a maxim for all of Ms. Honigmann’s work.

In “The Underground Orchestra” (1999), musicians busking within the Paris metro — including a disc jockey from Zaire who has escaped a forced labor camp and an Argentine pianist whose torture by the hands of his government nearly destroyed his hands — describe the refugee odysseys which have brought them there. Stephen Holden of The Latest York Times called it “an open-ended celebration of human tenacity and life force that builds up a compelling personal vision in an offhanded, roundabout way.”

Despite stories of terrible trauma, the movie celebrates the cultures these artists have left behind — a “world-music primer,” as Mr. Holden put it, “featuring some astonishingly beautiful sounds.”

The cultural critic Wesley Morris, in his Times review of “Buddy,” Ms. Honigmann’s 2019 film about individuals with disabilities and their service dogs, called Ms. Honigmann a humanist who “listens to the ignored, sympathizes with the lonely and may ask questions so leading that when her subjects give her a skeptical look before attempting to answer, she has to laugh, almost out of embarrassment.”

But she was more a mild interlocutor than an insistent interrogator. There have been no narrators in her movies, no propulsive music or quick cuts to inform viewers the best way to experience what they were seeing. Her pacing was almost languid; she allowed her subjects to inform their stories in their very own way and in their very own time. And she or he hated the word “interview.”

“‘Interviews were for subjects,’ she would say,” said Ester Gould, who was a co-writer, researcher and assistant producer on a lot of Ms. Honigmann’s movies. “‘I actually have conversations with people.’”

She was primarily a documentarian, but she also made narrative movies — notably “Goodbye” (1995), a few doomed affair between a young preschool teacher and a married man.

Ms. Honigmann’s movies have won awards at film festivals everywhere in the world and been shown in retrospectives on the Walker Art Center, the Museum of Modern Art in Latest York and the Paris Film Festival, amongst other venues.

In 2013 she was given the Living Legend Award on the International Documentary Film Festival Amsterdam. Yet she would be the most famous filmmaker Americans have never heard of, in accordance with Karen Cooper, the longtime director of Film Forum in Latest York, which has presented the premieres of a lot of Ms. Honigmann’s movies.

“As Americans, we live in a bubble by way of film, because Hollywood is so dominant that documentary filmmakers don’t get the identical form of attention that narrative fiction film receives,” Ms. Cooper said in an interview. “On this country, amongst documentary filmmakers, Heddy was a star. In Europe, she was a superstar. Within the Netherlands, she’s a national treasure.”

Her father, Witold Honigmann Weiss, an artist and illustrator who created a preferred comic strip, was born in Vienna and had been interned on the Mauthausen concentration camp in Austria before he escaped in 1942, making his option to Peru by means of Russia and Italy. Her mother, Sarah Pach Miller, an actress and homemaker, left Poland together with her family for Peru in 1939. (In Peru, it’s the custom to make use of the surnames of each parents. Heddy dropped the name Pach as a filmmaker.)

Heddy studied biology and literature on the Pontificia Universidad Católica del Perú in Lima. Her father wanted her to be a physician. She first desired to be a poet — she loved Emily Dickinson — but decided that filmmaking was a greater medium for her. She left Peru to check on the Centro Sperimentale di Cinematografia in Rome and didn’t return to her home country for nearly 20 years.

Along with her sister, she is survived by her son, Stefan van de Staak; her husband, Henk Timmermans; and her stepson, Jaap Timmermans.

Considered one of Ms. Honigmann’s most harrowing movies was “Good Husband, Dear Son” (2001), in regards to the women left behind within the village of Ahatovici, just outside Sarajevo, after Bosnian Serb forces had murdered the lads and burned the place to the bottom in 1992. Ms. Honigmann captured the ladies’s loss by drawing out their memories of their family members, and by showing the images and belongings the ladies had saved as mementos.

She said she had tried to indicate that essentially the most terrible thing about war is just not the numbers of the dead, which she called an abstraction: “The catastrophe is, as an illustration, seeing that an entire town has lost all of the craftsmen, that folks who were in love were separated eternally, that children who loved to play football and loved music cannot hear it anymore.”

“If you find yourself born from immigrants you’re educated in melancholy,” Ms. Honigmann said in her 2002 talk on the Walker Center. “You hear on a regular basis of stories of individuals leaving. That’s in my movies. Individuals are left, or they’re leaving, or losing their memory.”

When Michael Tortorello, her interviewer, asked her what her life may need been like if she had stayed in Peru, she answered promptly: “I’d have a been a taxi driver.”