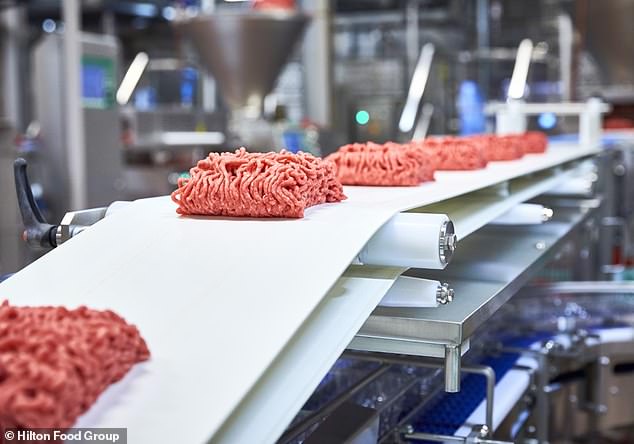 Hilton Food Group shares soared on Thursday after the food packaging business said full-year results were expected to align with management forecasts following a ‘pleasing performance’ within the run-up to Christmas.

The Huntingdon-based firm, which supplies meat to Tesco supermarkets, lowered its profit outlook back in September, partly blaming rising rates of interest and start-up expenses related to its Recent Zealand food park.

Two months later, it issued one other profit warning due to pressures affecting its UK seafood operations and a more difficult economic backdrop.

But up to now two months, the corporate said it had made ‘encouraging’ progress in passing on cost hikes to customers and experienced a strong festive trading season across the British Isles.

Bosses now anticipate annual results covering the 12 months ending 1 January might be consistent with the revised guidance set out in November.

Over the past yr, the firm has observed a sustained boost in revenue because of strong trading by its fresh food business in Central Europe and impressive topline growth at its three facilities in Australia.

Sales also benefited from its Auckland food park having its first full yr of trading, in addition to the acquisition of smoked salmon producer Foppen.

Just before completing the acquisition, the corporate also bought Fairfax Meadow, a significant supplier to the hospitality and travel sector, and agreed to purchase the remaining stake it didn’t own in plant-based food manufacturer Dalco.

As well as, it announced a partnership three weeks ago with Singapore-based Country Foods with a view to expand its operations into South East Asia.

Hilton Foods said it continued ‘to explore wider geographic expansion and opportunities for growth in our existing markets as we deliver on our strategy because the protein partner of selection.’

Despite the broader economic uncertainty, the business has expressed an optimistic outlook for the upcoming yr, which it partially credits to its recent trading results, diversity of products and quality of its facilities.

Founded in 1994 as a beef and lamb central meat packing facility, the corporate supplies food across 19 markets, predominantly in Europe, and its most well-known clients include Waitrose and Woolworths, Australia’s biggest supermarket chain.