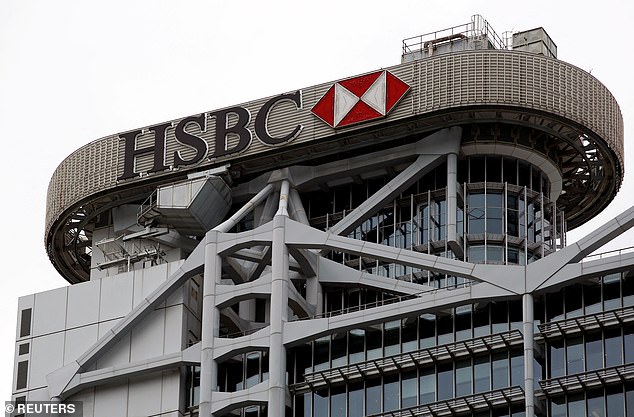 By John-Paul Ford Rojas For The Day by day Mail

HSBC is under renewed pressure to spin off its Asia business after a gaggle of Hong Kong-based small investors took out a newspaper advert agitating for change.

Ken Lui, a shareholder who leads the group, is pushing for a resolution to be put on the bank’s annual general meeting in April calling on it to revive its pre-pandemic dividend and plan for the split.

A push for UK-based HSBC to spin off the Asia business, where it makes most of its money, began this yr.

Outstanding shareholder Ping An, a Chinese insurer, last month called for a break-up and job cuts to cut back costs.

Lui, founding father of the Hong Kong Investor and Entrepreneur Institute, said he had contacted 500 shareholders as a part of his campaign.

He didn’t contact Ping An but said he would welcome him joining the campaign.

Lui said that under UK company law, 100 minority shareholders could club together to propose a resolution.

HSBC’s large retail investor base in Hong Kong was upset when the Bank of England banned lenders from paying dividends through the pandemic.

It has now resumed payouts but they arrive less often and are overall smaller than before.

HSBC has resisted calls for a spin-off.

It said: ‘The conversations we’ve had with other institutional investors are that in addition they don’t consider there’s an economic case for splitting.’