‘House of the Dragon’ Star Fabien Frankel on Playing Kingmaker 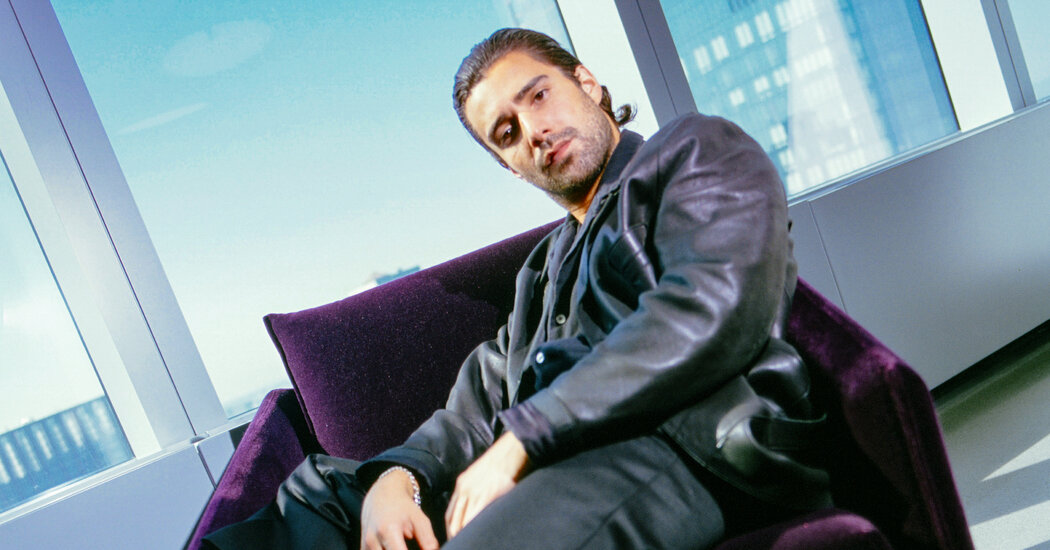 This interview includes spoilers for the primary nine episodes of “House of the Dragon.”

To this present day, Fabien Frankel doesn’t really understand how he wound up on “House of the Dragon.”

“I got an email from my agent that said ‘Untitled HBO Television Series,’” he said. He was asked to audition for a personality named “Clint.”

Wearing all black, the startlingly photogenic English actor, who plays the lethal Kingsguard knight Ser Criston Cole, settled back right into a couch at HBO’s Latest York headquarters last week to proceed the story. “I did the audition, and heard nothing back apart from that they were searching for a rather more Jason Momoa type for the part. That definitely wasn’t me, and I actually didn’t give it some thought again.”

Six months later, by which point the word was out that a “Game of Thrones” prequel was within the works, he was offered the part. “What I still don’t know, and I’m fascinated to know, is whether or not they couldn’t find their Jason Momoa type, or in the event that they decided to alter their casting transient. If the chance arises to ask them, I’ll.”

Judging from how things have been getting in Westeros, Frankel has time to spare. Within the show’s most up-to-date episode, his Ser Criston struck the primary blow within the internecine conflict for control of Westeros — often called the Dance of the Dragons in George R.R. Martin’s source novel, “Fire & Blood” — and placed the crown on the top of the brand new king, the creepy Aegon II (Tom Glynn-Carney). Within the book, this earns Cole the sobriquet of “Kingmaker.” To listen to Frankel tell it, though, the acclaim has not yet hit home.

These are edited excerpts from the conversation.

“House of the Dragon” is an unlimited hit. How has your life modified?

My life in London is roughly the identical. I’m probably getting barely more calls from my agents, and a weekly call from my brother and friends to speak concerning the episodes. But my day-to-day life will not be very different in any respect.

London’s a great city at keeping you grounded because people are inclined to be quite private and un-invasive. You hear all these stories of, “I couldn’t walk down the road,” but I don’t have any of that. I can count on two hands the quantity of times people on the road have taken notice.

I’m a bit surprised to listen to that. I’m unsure in case you’ve noticed, but you’ve turn out to be type of a sex symbol among the many fandom.

I haven’t. I mean, I suppose it was inevitable for whoever was going to have a romance with Rhaenyra [the princess who seduces Cole, played by Milly Alcock and, later, Emma D’Arcy], but I can inform you now that nobody in my close circle is swooning.

Let’s speak about Ser Criston’s journey from one side of the conflict to the opposite. When he first becomes romantically involved with Rhaenyra, he seems somewhat idealistic, somewhat naïve.

Then, obviously, there may be a darkness inside him that a certain moment triggers, and he becomes what he’s.

Why does he react so fanatically when Rhaenyra rejects his marriage proposal and counters with a kind of indecent proposal of her own?

There’s nothing extraordinary about it: He’s asked a woman to run away with him, and he’s been told no. That’s the idea. It doesn’t matter who she is — they’re two kids, they usually’re young, and he has very strong feelings for her. And he or she said, “No, but I’ll keep you on the side, do what I would like to do,” which is disrespectful unto itself.

My justification, and this might be somewhat controversial, was that Rhaenyra could have let him go at the tip of that conversation, or sooner or later before her wedding. As a substitute, she made him sit through the entire thing. And he flips. It becomes very evident that he has a temper that we had not yet seen. That temper, for reasons he feels are profound, makes him flip.

I like how you set it earlier, that there’s a darkness inside him. It’s much closer to the surface now than it was.

Yes. The sourness and bitterness of this world has washed off on him. You might be your surroundings; you’re the people you’re surrounded by. Ser Criston happens to be surrounded by an incredibly ambitious group of very Machiavellian human beings whose sole ambition is power. Eventually, you go: “Well, that’s the life I live. That’s what I’m now. I’m in too deep.”

And also you turn out to be the Kingmaker. You draw first blood within the conflict between the so-called “Greens” and “Blacks,” bashing in the top of poor Lord Beesbury (Bill Paterson). Was that an accident, or did Cole kill him on purpose?

I don’t need to say. If it comes from me, then it’s decided, and I’d somewhat “House of the Dragon” fans, who’re so astute, watch it and choose for themselves.

Then he puts the crown on King Aegon II’s head in full view of the general public. He’s famous now. Is that a task he embraces?

I believe he sees it as his duty, by proxy of being Alicent’s sworn protector, to guard these boys. He’s been very near a father figure to them. Criston Cole taught these kids to fight, taught these kids respect. There’s that bit where Aemond [Aegon’s younger brother, played by Ewan Mitchell] is talking, and Criston didn’t like how he was speaking, and he says something like — I don’t remember ——

“Every woman is a picture of the Mother, to be spoken of with reverence.”

Yes. So I believe that’s his duty now. He doesn’t need to be an enormous star or very famous. It’s not in his nature. That’s just what happened.

That’s a really funny line given what we’ve seen and heard from Criston.

I’m glad you found it funny because I remember considering it was hilarious. There was a conversation between Sara [Hess, the episode’s writer]; Clare [Kilner], our director; and myself once we were in Spain shooting that scene about the way it must be delivered. I said it will possibly only be funny. I mean, he’s not exactly proved that each woman is a picture of the Mother.

That sequence really built up the connection between Criston and Aegon’s kid brother, Aemond One-Eye. There’s a mutual respect there, even amongst such shifty characters.

Criston sees Aemond in himself, and himself in Aemond. Ewan and I talked loads about that. He and I’d spend loads of time together, walking around Spain together, discussing this relationship. There’s an actual closeness between them.

They’re also the 2 coolest characters on the Green side, to be honest.

Oh, mate, I’m loving you saying that. I’m very Team Green, and happy with it. That’s type of how I’m programmed to think now. I’m glad to listen to there’s some love for the Greens on the market. I believe we’re a force to be reckoned with. It’s a great solid crew. I’d back us in a street fight.

Perhaps it’s too late at this point to ask, but does some a part of Ser Criston still love Rhaenyra?