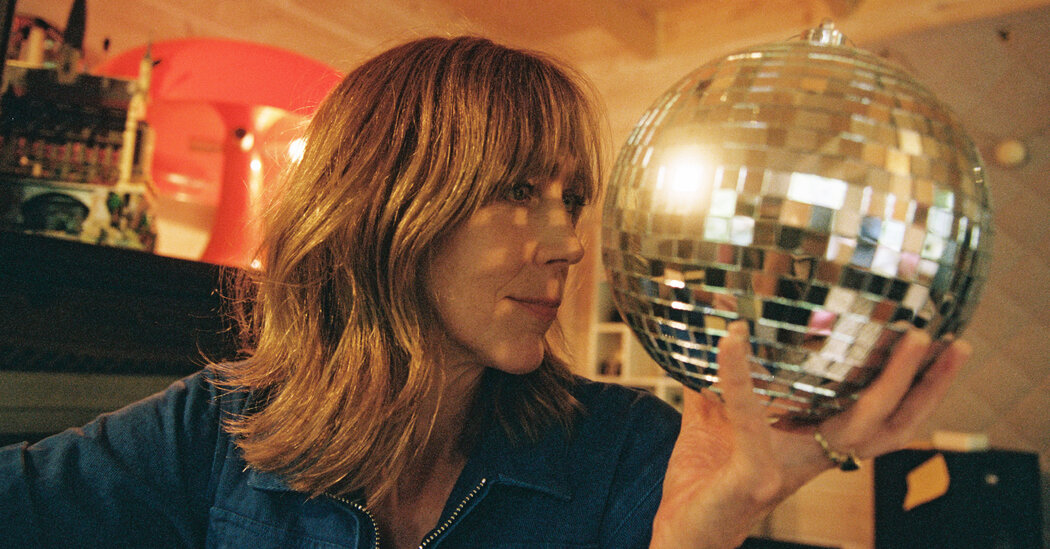 The English songwriter Beth Orton wasn’t sure she even desired to make one other album when she began to jot down the songs for “Weather Alive”: her eighth studio album, her first since 2016, and by far her best. It’s an album that sums up and transcends all of the crosscurrents of Orton’s decidedly unorthodox artistic path.

On her recordings, Orton, 51, is pensive and measured. In conversation, she is almost the other: voluble and forthcoming, along with her thoughts tumbling out.

Orton’s major instrument is the guitar; she’s a skillful, sophisticated fingerpicker. But soon after she moved to her current house in London along with her husband, the musician Sam Amidon, she happened upon a used-piano dealer at Camden Market. She was so taken with the haunted sound of an old upright that she bought it for 300 kilos, about $350. The lines she found herself playing on that piano — transient, circular, quietly tolling — led her to construct songs around them.

“I used to be like, ‘OK, I don’t know how you can play this instrument, but wow, it just sounds so beautiful,’” Orton said. “So I began on the piano, just writing easy songs, not worrying about being good at what I do.”

Speaking from her home studio in London, a converted garden shed, she turned to that instrument to play a couple of plangent clusters of notes. “Regardless of where you touch it, it just has these resonances,” she said. “Little ghosts of other chords just keep ringing out and also you’re like, ‘Oh, that speaks of one other melody, and that speaks of one other feeling.’”

“Johnny Marr,” she added, referring to the Smiths guitarist, “said that every instrument has its many songs, and it’s true — all of them appear to hold their secrets.”

About halfway through recording the album, Orton decided to have the piano restored. “It was a terrible idea,” she said, laughing. “They opened it up, it took some time to settle, they usually just found it was filled with soot.”

For Orton, even that was evocative. “It was like old, old fire.”

“Weather Alive” is an album of meditative grace and constant questioning, of elaborate constructions and startling intimacy. In a way, it’s a British, more pensive analogue to Taylor Swift’s albums “Folklore” and “Evermore,” which also depend on transient piano lines. On Orton’s album, acoustic instruments hover in electronic spaces; mantra-like piano motifs promise stability. Yet Orton’s voice fearlessly tests itself. She’s never afraid to sound broken. Her voice trembles and catches, scrapes and cracks, smears some words and obsessively repeats others as she conjures elusive but intense emotions.

“That is someone who may be very deeply mining their inner self, without an awesome deal of a filter or artifice or a desire to be manicured indirectly, to cover oneself from the world,” said Shahzad Ismaily, who played guitar and keyboards on the album. “She was having none of that.”

Orton said she thinks she’s grow to be less afraid. “That is how I sing. That is my voice now,” she said. “That is who I’m and that is what life has made from me. And it might be something else next week, or next month, or next yr.”

Within the album’s eight leisurely songs, Orton sings about longings, memories, nature, attachments and separations, about overwhelming sensations and unsure prospects. She’s equally prepared for bliss or disillusionment. In “Lonely,” she reflects that “Lonely loves my company,” and wonders, “Will you be the ash of a well-tended fire/Will you be the ambush of my desire?”

Orton’s first recordings — with the producer William Orbit and with the Chemical Brothers — floated her vocals amid electronic loops. But Orton was never a dance-pop top-liner. Her smoky, plaintive voice, her intricate guitar picking and her modal melodies harked back to British folk roots, while her lyrics grappled with tangled, unresolved relationships.

Orton studied and performed with two of her avowed influences — the guitarist Bert Jansch, a founding father of the jazzy folk group Pentangle, and the folk-soul songwriter Terry Callier — and she or he made albums that continually rebalanced elements of folks, jazz, soul, trip-hop and electronics. Her 1999 album, “Central Reservation,” won her a Brit Award as best British female solo artist.

But Orton struggled with the demands of performing and touring. In her early years on the road, she said, “I’d exit and, like, roll with it, or get drunk enough, or simply get stoned enough, or get revved up enough to stand up there and do what I do on pure nerves. I believe people loved it. Nevertheless it was hard to live with.”

That excess couldn’t last. Orton soldiered through medical problems until 2006, when she had her first child, Nancy; her second, Arthur, was born in 2011. Raising young children kept her largely at home, where she expanded her abilities in electronics and production; her 2016 album, “Kidsticks,” was built on computerized elements that she could record within the moments between caring for her children. For “Weather Alive,” she had more free time since each children were sufficiently old to go to high school.

She still wasn’t sure she desired to be a touring singer-songwriter anymore. In London, she participated in a National Theater workshop on writing musicals, with mentors including Stephen Sondheim. However the old upright piano brought her back to the craft of songwriting.

“With my kids at college I used to be capable of go deep again,” she said. “What I couldn’t do when the children were little was really dig into the inner workings, like I wish to. So I used to be left again with this kind of meditative quality, or possibly for the primary time seeing my very own thought patterns. Because I used to be writing for nobody.”

The album often sounds as if all of the musicians are quietly huddled together, listening intently to 1 one other, whispering ideas. But that’s an illusion that Orton created as producer and engineer. Like many pandemic-era albums, much of “Weather Alive” was recorded at widely separated times and places.

Orton tried, at first, to record the songs entirely on her own. “I had many iterations and inventions of like creating my very own drum kits out of cardboard boxes and tambourines, just playing around after which making loops,” she said. “But I needed to put it aside because I knew, sooner or later, that I used to be going to make a piano record.”

The sound of “Weather Alive” began with in-person London sessions with the jazz-rooted rhythm section of Tom Skinner (Sons of Kemet, the Smile) on drums and Tom Herbert (the Invisible, Polar Bear) on bass. Orton sent songs-in-progress to Ismaily and to the saxophonist Alabaster DePlume, then reworked them around what got here back. An idea briefly improvised during an outro might be was a loop and reshape a complete song.

Ismaily recorded his parts remotely, exchanging lots of of takes with Orton. “There have been a couple of tracks where I received vocals that were just sounds without the lyrics written yet, so she might just be humming a melody,” he said in a telephone interview. “But even then, you felt pulled into what the world was that you just were occupying. She was continuing to find what the song itself was all of the strategy to the top, which is gorgeous.”

Orton said the album “just took by itself life and I used to be the doula. It was on the one hand sculpting and having as much control because it was possible to have, and on the opposite, let’s just birth this!”

It was as if, she added, “the record became its own sort of weather.”