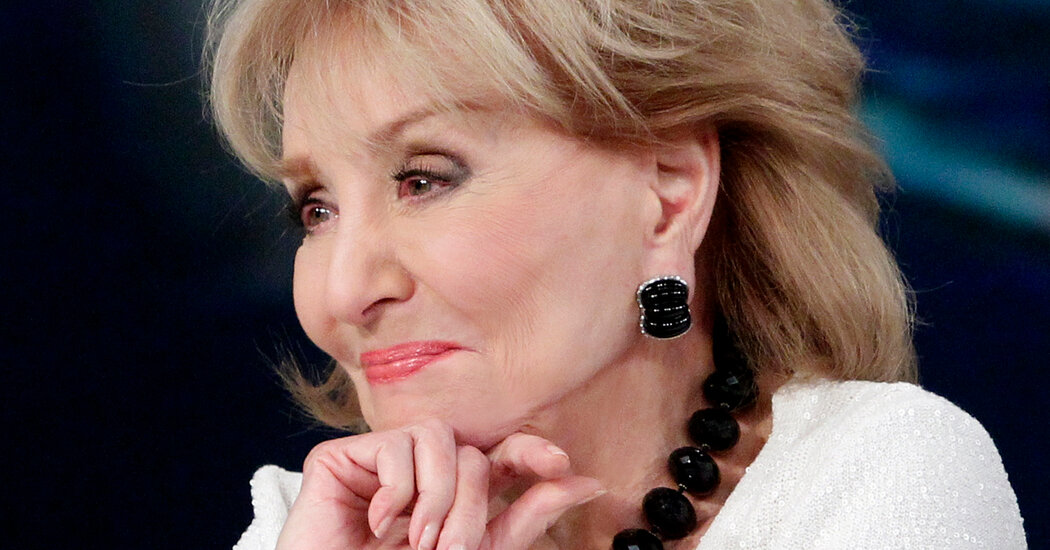 She became the topic of a Madame Tussauds wax figure. Her star on the Hollywood Walk of Fame was placed on the sidewalk outside the theater used for the Academy Awards, between the celebrities for the tv host Ryan Seacrest and the pop group Destiny’s Child — a “strange alignment” that Ms. Walters claimed “makes me hip and hot.”

But while celebrity got here to define her, it didn’t appear to faze her.

Famous people moved incessantly through her childhood, courtesy of her father, Lou Walters, an immigrant from England who she described as a “good and mercurial impresario” who “made and lost several fortunes in show business.”

He catered to customers just like the Hollywood billionaire Howard Hughes and the Kennedy family patriarch Joseph Kennedy, and worked with stars like Evelyn Nesbit, Frank Sinatra and Carol Channing. Ms. Walters wrote that when she saw them offstage and up close, she got here to appreciate that “behind these fantasy figures were real people.”

But greater than most other reporters, her relationships with well-known people prolonged into her personal life.

Ms. Walters’s paramours included multiple senators and the eventual Federal Reserve chairman Alan Greenspan. She went on a couple of dates and remained longtime friends with the Fox News chief executive Roger Ailes. She set off a backlash in 2014 when she defended the director Woody Allen, one other friend, after his adopted daughter Dylan Farrow accused him of sexually assaulting her as a baby.

Moving in the best levels of power also opened Ms. Walters to questions on her snug relationships with sources. In 1987, she passed documents from Manucher Ghorbanifar, an Iranian arms merchant she had interviewed for “20/20,” to the White House — a move met with outrage by much of the journalism community. In 1996, Ms. Walters interviewed the composer Andrew Lloyd Webber for “20/20,” but didn’t reveal that she had invested $100,000 within the production of his musical “Sunset Boulevard” on Broadway. ABC News admonished her in regards to the oversight.

“It won’t occur again,” she said in an announcement.

She was also criticized for what many saw as softball questions and overly rosy portrayals. In 2011, Ms. Walters described the Syrian president Bashar al-Assad, who had spent years violently crushing dissent, as having been “widely seen as a fresh pragmatic leader, a health care provider whose life was in healing people,” before grilling him about his time spent as “a dictator and a tyrant.”