How Opera Houses Are Putting Puccini Into Contemporary Context 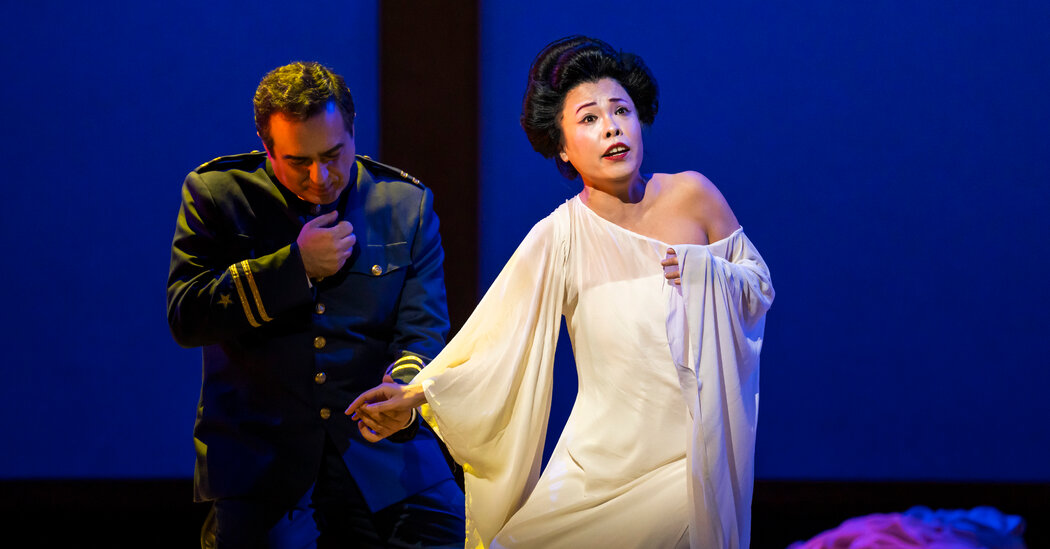 LONDON — Draped in a crisp white kimono and a translucent veil, Madama Butterfly kneels beside an American officer as they wed in a spiritual ceremony. The priest celebrates their nuptials while guests wearing traditional Japanese robes look on.

At first glance, there’s nothing conspicuously different in regards to the Royal Opera House’s revival of its 2002 production of Puccini’s “Madama Butterfly.” Yet it’s the results of a yr of consultations with academics, practitioners and professionals to strip away any hint of cliché or caricature.

Concretely, this has meant removing “the extremely white makeup” that the performers previously wore. By the early twentieth century, the period during which “Madama Butterfly” is about, “no one was wearing white makeup on the road,” said Sonoko Kamimura, an authority in Japanese movement and design who was hired by the Royal Opera to update the production.

Ms. Kamimura worked to do away with other anachronistic elements, resembling wigs, samurai-style coiffures and costumes.

“I actually like this opera, since the music is gorgeous. But then I might also say it’s stereotypical,” she said, adding that the Royal Opera House had found a way around the difficulty. “Relatively than cancel the show,” she said, the home had organized “a dialogue” around it that she was “really glad to be a component of.”

Since its world premiere in 1904 at La Scala in Milan, “Madama Butterfly” has been a staple of theaters around the globe. First performed at Covent Garden in 1905, it’s the ninth most programmed work on the Royal Opera House, having been performed greater than 400 times.

Its portrayal of a lovelorn 15-year-old geisha, who’s impregnated and abandoned by an American lieutenant, has grow to be increasingly problematic within the twenty first century, particularly to audiences of Asian heritage. Institutions resembling the Royal Opera House and Boston Lyric Opera are working hard to bring it up-to-date, in every sense of the word.

“We’re all very conscious today that opera and race have had a sophisticated relationship and history,” said Oliver Mears, the director of opera on the Royal Opera House. “There’s all the time a risk, when a Western opera home is portraying a distinct culture, that it will possibly make missteps, and that the extent of authenticity is just not quite as high because it may very well be.”

Mr. Mears said that there was “actually an enormous amount of nervousness on the a part of fellow opera corporations in mounting this opera in any respect in the present moment,” and that many were canceling or shelving their “Madama Butterfly” productions “since it seems like it’s too dangerous to go there.”

“We expect that’s an enormous shame, because ‘Madama Butterfly’ is a masterpiece,” he said. “We might much slightly be in dialogue with these pieces slightly than canceling them.”

An identical revision has been happening across the Atlantic at Boston Lyric Opera. The consultations there, often called the Butterfly Process, will result in a production of the opera in the autumn of 2023 on the Boston Lyric stage.

BLO was initially set to perform “Madama Butterfly” in the autumn of 2020, however the pandemic delayed it for a yr. In that point, “there have been incidents of heightened racism and violence toward Asian communities across the country,” Bradley Vernatter, acting general and artistic director of BLO, said in an email. After conversations with artists and staff members, the production was postponed further, since it was “critical to re-examine the fashionable context before presenting the work,” Mr. Vernatter said.

He noted that operas weren’t “static museum pieces,” and that shifts in society and politics affected audience reactions to operas. On the Metropolitan Opera in Latest York, for instance, “Madama Butterfly” was performed almost every season between 1907 and 1941. After the bombing of Pearl Harbor, the work stayed off the Met stage until 1946.

Mr. Vernatter explained that Puccini had never set foot in Japan when he saw David Belasco’s one-act play “Madame Butterfly: A Tragedy of Japan” and decided to jot down an operatic version. To research Japanese music, he attended a touring Kabuki show in Milan and asked the wife of the Japanese ambassador to Italy to sing him Japanese folk songs. Due to Puccini’s unfamiliarity with the culture, “the Japanese characters in his opera come off as caricatures,” Mr. Vernatter said.

Revising operas to reflect contemporary times can have its own pitfalls. In the autumn of 2019, the Canadian Opera Company in Toronto placed on an updated performance of one other Puccini opera, “Turandot,” a few Chinese princess who murders her suitors.

One in all the three major characters — whose names in the unique libretto are Ping, Pang and Pong — was played by a Taiwanese American tenor whose daughter Katherine Hu later wrote an opinion article in The Latest York Times. To tone down the caricature, the director renamed the characters Jim, Bob and Bill.

“However the characters continued to play into stereotypes of effeminate Asian men as they pranced around onstage, giggling at each other,” Ms. Hu wrote within the article. “Alterations like these have grow to be a part of a broader trend as opera clumsily reckons with its racist and sexist past.”

“To survive, opera has to confront the depth of its racism and sexism point-blank, treating classic operas as historical artifacts as an alternative of dynamic cultural productions,” she wrote. “Opera directors should approach the production of those classics as museum curators and professors — educating audiences about historical context and making stereotypes visible.”

Each the Royal Opera House and Boston Lyric Opera chiefs said that was exactly what they desired to do.

“The goal here is for everybody to take part in an art form that hasn’t traditionally been inclusive, and to strengthen our communities and audiences through the music and stories we present,” Mr. Vernatter said. “I feel we are able to do it by engaging with and listening to people of many backgrounds and life experiences, and incorporating that into our work.”