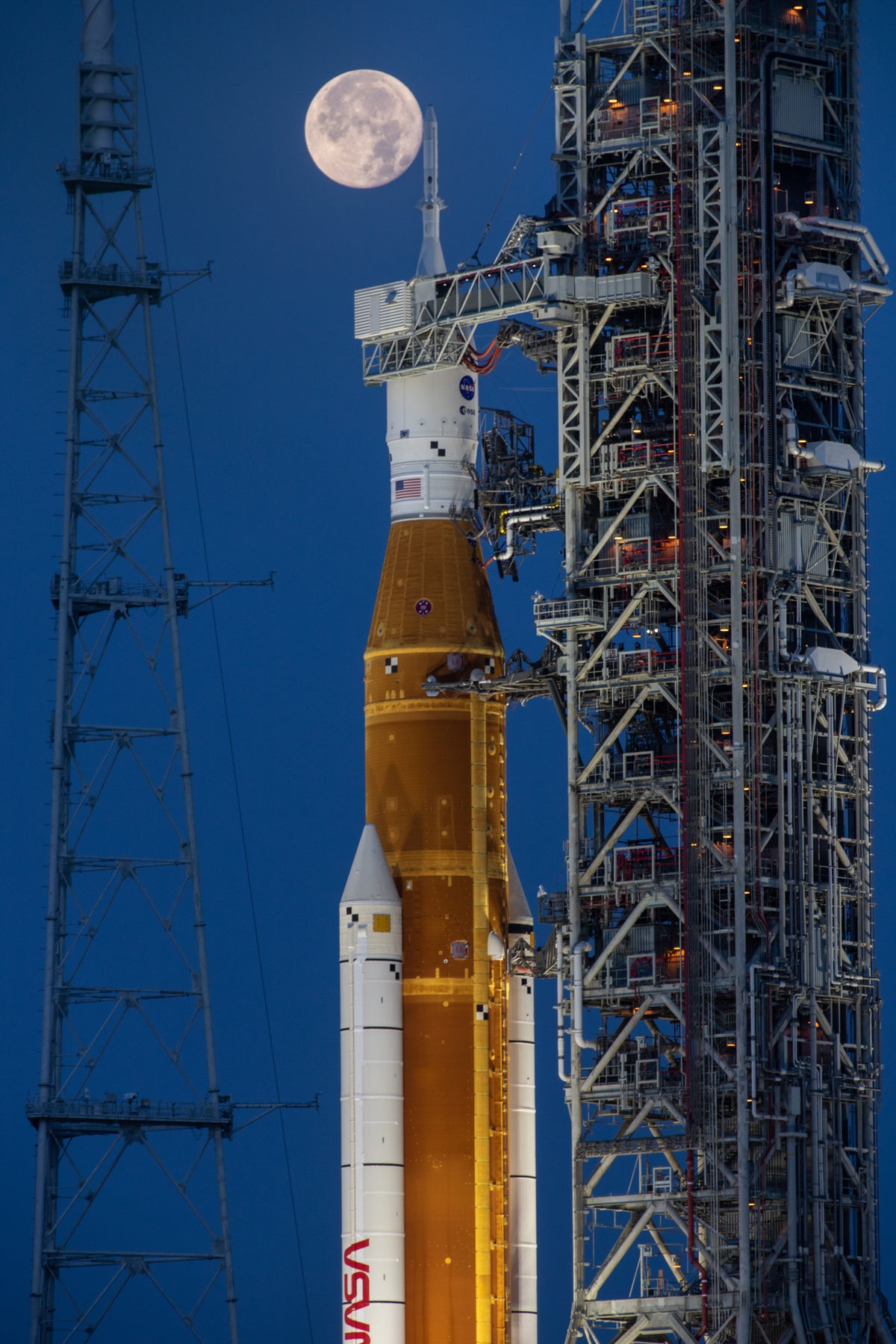 The countdown to the primary launch of Nasa’s recent Moon program is on, and live coverage of the fueling of the space agency’s powerful recent rocket will begin at 12am EDT Monday morning.

The launch window for Nasa’s Artemis I mission opens at 8.33am EDT Monday, and tanking operations to load the mission’s Space Launch System (SLS) rocket with liquid hydrogen and liquid oxygen will probably be be carried live to tell the tale Nasa’s website, Nasa TV, and the space agency’s app.

Coverage of the immediate pre-flight preparations and the Artemis I launch itself will begin at 6.30am EDT Monday, and will probably be available on the identical channels because the fueling, in addition to on Nasa’s Twitter, Youtube and Facebook accounts, amongst others.

As of late Sunday Nasa officials were hopeful that Artemis I might launch as expected, with weather forecasts for Kennedy Space Center, in Florida, showing an 80% likelihood for favorable conditions through the Monday morning launch window. Clear skies can be welcome for Nasa’s ground crews, who ensured the SLS and Orion weren’t damaged by multiple lightning strikes near the launch pad during a thunderstorm on Saturday.

The SLS is probably the most powerful rocket to ever launch from Earth, providing more thrust than even the Saturn V rocket that took Apollo astronauts to the Moon. Monday’s launch will function the primary ever test flight for the large rocket, which Nasa hopes will power no less than a half decade of lunar missions, and in addition serve to launch deep space missions to other parts of the Solar System.

Artemis I’ll see the Orion spacecraft fly around and beyond the Moon before returning to Earth 42 days later to check Orion’s heat shield during re-entry. The spacecraft will record vital data Nasa can use to make decisions and any changes prior to the later, crewed Artemis Missions.