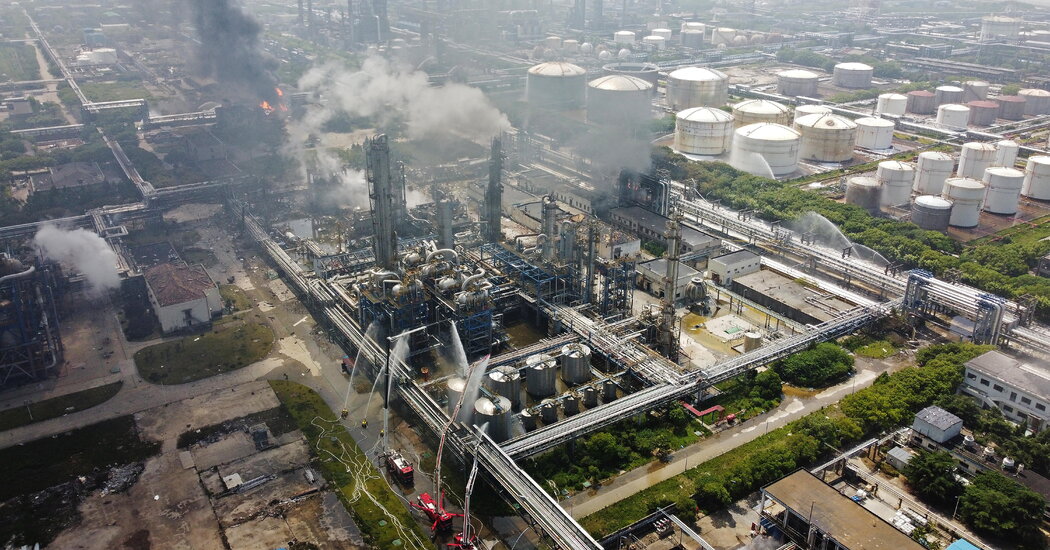 An enormous fire broke out Saturday on the headquarters of a petrochemical facility in southeast Shanghai and no less than one person died.

The hearth began around at 4 a.m. at an ethylene glycol processing unit owned by Sinopec Shanghai Petrochemical, a state-owned oil company whose headquarters are in an industrial park within the suburban Jinshan district.

Firefighters were capable of put the blaze under control, the corporate said in a press release posted to its Chinese social media account. Sinopec said a “third-party driver” had died within the disaster and that certainly one of its employees was injured.

“The precise cause is under further investigation,” the corporate said.

Videos on social media of the scene showed raging fires and large plumes of dark smoke rising from what gave the impression to be a part of Sinopec facility, which is separated from the district’s residential area.

Some residents living near the ability fled their buildings after hearing loud bangs from the explosion and described a pungent smell from a number of miles away, in keeping with an area media report.

The corporate said that the blaze had been “effectively controlled” but that it was carrying out “protective burning.”

Sinopec said it was monitoring the realm for volatile organic compounds and had yet to detect any harmful impact on local water supplies.