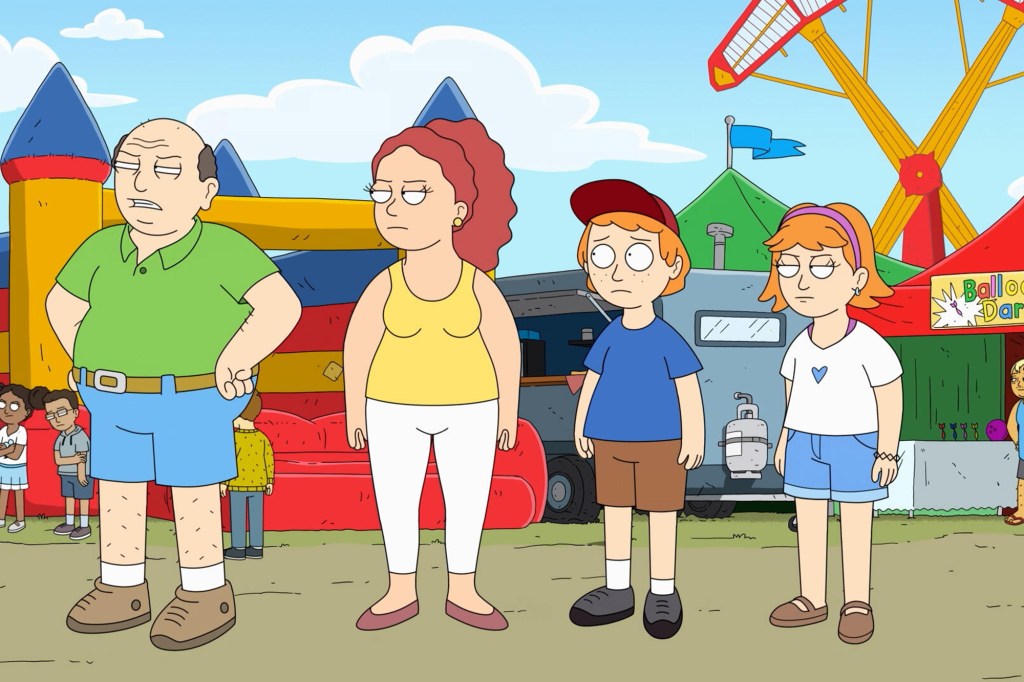 It’s a giant deal within the animation world when “Rick and Morty” co-creator Justin Roiland is attached to a latest project.

Cusack, 34, an Australian native, sets “Koala Man” is ready in his hometown of Dapto, a suburb of Wollongong (OK, I looked it up) that’s described within the series opener as “essentially the most boring, backwards, piece of s–t place in your entire world.” Dapto is home to series protagonist Kevin Williams (voiced by Cusack), balding, middle-aged family man who’s married to Vicky (played by “Succession” star Sarah Snook), who works in the highschool cafeteria. They’ve got two kids at North Dapto High School — teenaged daughter Alison (Demi Lardner), whose aim is to be the most well-liked girl at college, at whatever cost — and her barely younger brother, Liam (Cusack), nerdy and good-natured. 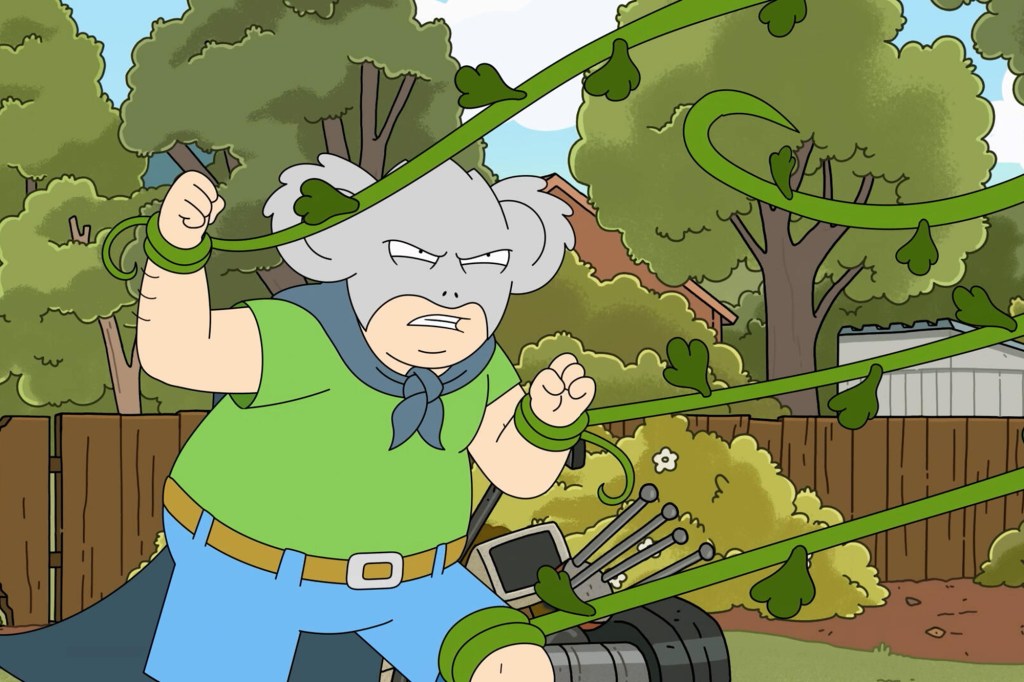 Kevin in motion as Koala Man, battling the deadly “Tall Poppy” within the series opener. HULU

The family harbors a giant secret: Kevin can also be Koala Man, a wannabe bumbling superhero with no superpowers and a habit of only making things worse along with his civic-minded obsessions (like ensuring his Dapto neighbors put their trash bins out on the proper day). Kevin describes Koala Man as “a manifestation of my fractured psyche”; to others, he’s a barely tolerated “local vigilante nuisance” who’s routinely cursed out, laughed at, or each. He’s harmless enough, though Vicky’s tolerance for Kevin’s masked shenanigans is running short. Can’t he just drop the superhero routine already and pay more attention to his household chores?

That’s the fundamental setup for “Koala Man,” as Kevin encounters various types of menace, including a killer flower, “Tall Poppy” that was dumped in a Dopto landfill in 1821 and is now eating the whole lot in sight (including humans) — “I do know I’m addicted. Please don’t judge me!” Tall Poppy cries out in a soul-baring admission — and the Tradeys, a bunch of local expert laborers who actually do have superpowers but are not any match, in fact, for Koala Man (and Vicky, Alison and Liam). All of the while, Kevin works at his boring IT job within the town hall under his loud, smug boss, council president Big Greg (Hugh Jackman), a legendary fisherman with an outsized ego … and a killer theme song for his flashy, self-promoting Website, (“Fishing Big with Big Greg”). Jemaine Clement (“Flight of the Conchords,” “What We Do within the Shadows”) voices pun-loving highschool principal Bazwell.

It’s all in good fun and the Williams family obviously love one another, but “Koala Man” staves off sentimentality with a slew of barbs and zingers, many aimed toward Australian stars who’ve abandoned their homegrown ship for glitzy Hollywood — including Alexandra Daddario, currently starring in “Mayfair Witches” on AMC, who also provides her voice for the series.

It might not be as sharp-elbowed as “Family Guy” and veers into unnecessary sophomoric territory — simply because it could possibly, I suppose — but “Koala Man” has heart that beats plenty of what’s on the market within the land of adult animation.