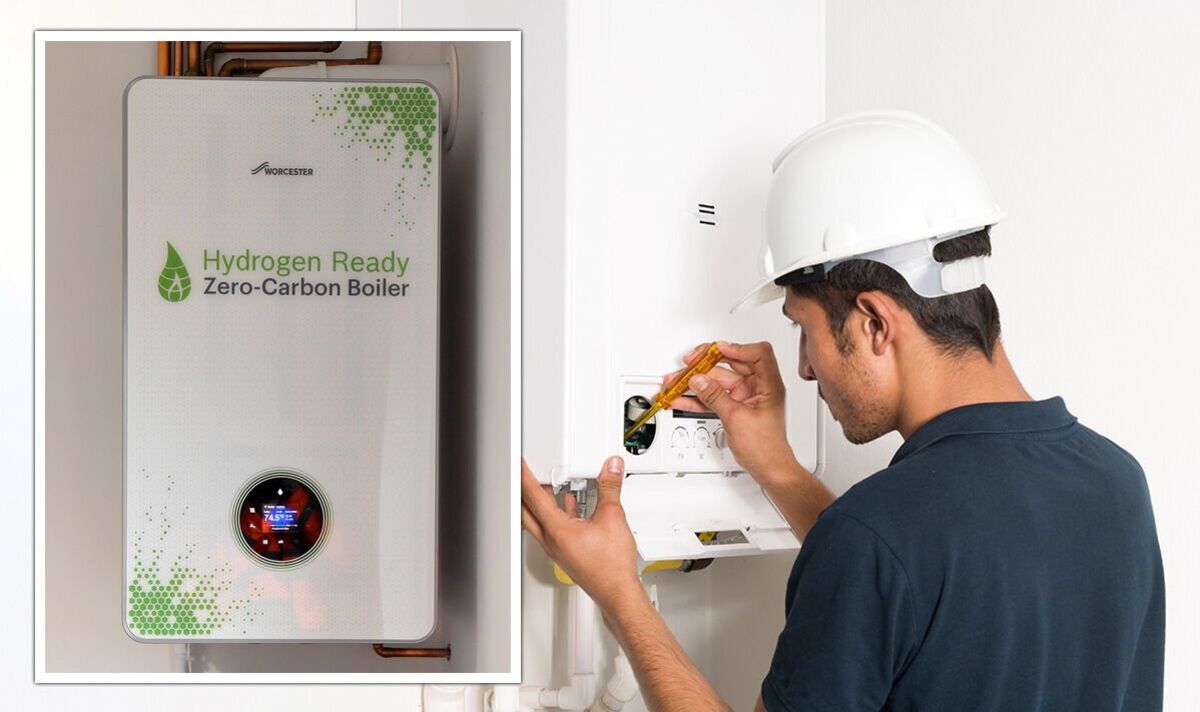 The UK Government is considering requiring all recent domestic boilers within the UK to be “hydrogen-ready” by 2026 to assist achieve net zero emission targets by 2050. A ban is already in place on the installation of gas boilers in newbuild homes from 2025, and existing properties by 2035, meaning Britons might want to install alternative heating systems within the near future. Over half of Express.co.uk readers would install a hydrogen-ready boiler of their home, a recent poll has found.

The Department for Business, Energy and Industrial Strategy launched £102million in funding for the event of hydrogen and nuclear technologies last month, alongside launching a consultation on the capabilities of hydrogen boilers.

Hydrogen-ready boilers are installed to burn fossil gas and may be modified by an engineer to operate on hydrogen, but there isn’t a guarantee that boilers will ultimately be converted.

The Government argues that the strategy will reduce “the prices related to scrapping natural gas-only boilers before the top of their useful life”.

Mike Foster, the top of the Energy and Utilities Alliance, said: “Mandating hydrogen-ready boilers is a crucial step towards decarbonising homes. The Government are absolutely right to support this no-regrets option.”

In a poll that ran from 3pm on Friday, December 30, to 1.30pm on Tuesday, January 10, Express.co.uk asked readers: “Would you put in a hydrogen-ready boiler in your house?”

In total, 3,652 people responded with the general result, with 55 percent of votes solid (2,017 people), being “yes” in support of putting in a hydrogen-ready boiler.

A whole bunch of comments were left below the accompanying article as readers shared their thoughts on hydrogen-ready boilers.

Experts have warned that hydrogen might not be essentially the most viable option for heating UK homes in the long run. Jan Rosenow, director of European Programmes on the Regulatory Assistance Project, claimed that many hydrogen-ready boilers will proceed to make use of 100% fossil fuels, compromising emission targets.

He tweeted: “The danger is that slightly than rolling out low carbon heating tech and energy efficiency measures available today, the UK adopts a wait-and-see approach, compromising its ability to satisfy the web zero carbon emission targets.”

MPs on the Parliamentary Science and Technology Committee also argue that hydrogen may have a limited role in the long run attributable to practical and infrastructural challenges.

Chair of the committee, Greg Clark, said: “Hydrogen can play a crucial role in decarbonising the UK’s economy, nevertheless it shouldn’t be a panacea.”