If Roe Falls, Is Same-Sex Marriage Next? 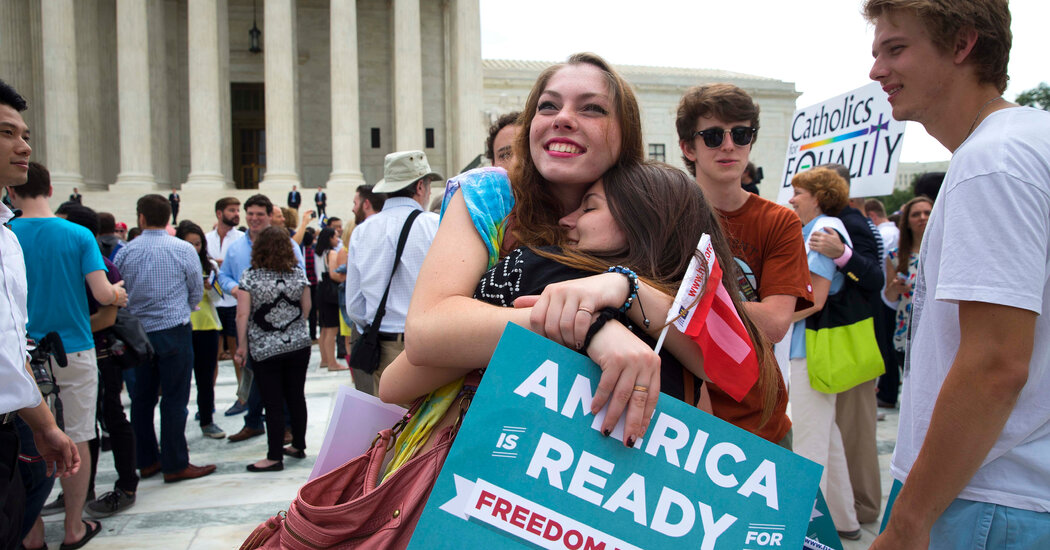 “Roe’s defenders characterize the abortion right as just like the rights recognized in past decisions involving matters reminiscent of intimate sexual relations, contraception and marriage,” Justice Alito wrote, “but abortion is fundamentally different, as each Roe and Casey acknowledged, since it destroys what those decisions called ‘fetal life’ and what the law now before us describes as an ‘unborn human being.’”

Justice Alito surveyed the precedents cited by Roe and Casey to justify their protection of abortion. They included ones on interracial marriage, the right of prisoners to marry, the right to live with relatives, the right to make decisions concerning the education of 1’s children and the right to not be sterilized without consent.

He also cited two “post-Casey decisions,” Obergefell and Lawrence v. Texas in 2003, which struck down a Texas law that made gay sex against the law.

Justice Alito, a careful draftsman, then seemed to differentiate between the 2 sets of choices.

“Not one of the other decisions cited by Roe and Casey involved the critical moral query posed by abortion,” he wrote. “They’re subsequently inapposite. They don’t support the best to acquire an abortion, and by the identical token, our conclusion that the Structure doesn’t confer such a right doesn’t undermine them in any way.”

Tellingly, perhaps, that passage within the draft opinion was silent on whether its conclusion undermined the 2 post-Casey decisions on gay rights.

Basically, Justice Alito wrote that he was wary of “attempts to justify abortion through appeals to a broader right to autonomy,” saying that “could license fundamental rights to illicit drug use, prostitution and the like.”

“None of those rights has any claim to being deeply rooted in history,” he added, some extent that may very well be made about same-sex marriage, too.