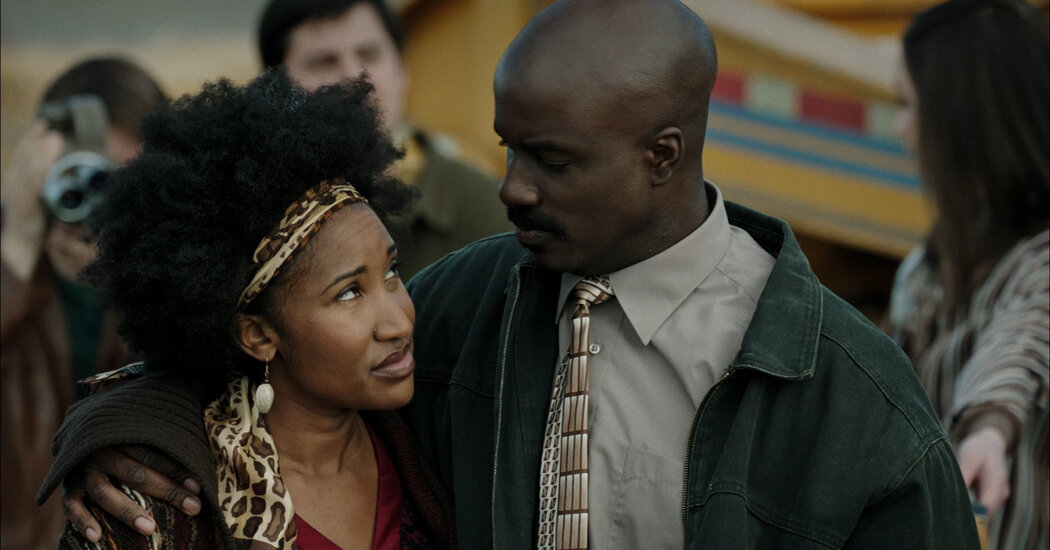 In January 1971, two tankers collided within the waters beneath the Golden Gate Bridge in San Francisco, leaking 800,000 gallons of oil. The disaster is remembered for having spurred an environmental movement.

Less known is how a Black trucker named Charlie Walker played a pivotal role within the cleanup campaign during a time when the white trucking unions and their political allies were freezing out Black staff within the Bay Area. The director and author Patrick Gilles sets out to right the narrative with the movie “I’m Charlie Walker,” plying the overly broad gestures of ’70s blaxploitation movies to mixed effect.

The actor Mike Colter (“Luke Cage”) does his part, imbuing Charlie with cool savvy, though his style is more wink than wallop. Because the Black owner of a trucking company, he must be shrewd to contend with the unrefined racism of white truckers and the self-anointed superiority of oil executives.

When a foreman grudgingly gives Walker a stretch of beach in Marin County with a virtually inaccessible road to clear, he catches a break. Currents redirect the crude oil away from the tourist spots where white truckers are waiting. Soon Charlie is marshaling hippie volunteers and hiring truckers keen for a paycheck — each Black and white — for the large cleanup operation. (Along the best way, Bay Area notables Boots Riley and Willie Brown, the previous San Francisco mayor, make cameos.)

Dylan Baker plays the unctuous executive who is certain he can control Walker and the narrative. But it surely’s Charlie’s wife, Ann (Safiya Fredericks), who provides the movie’s voice-over. Her account has a mythmaking undercurrent but can be the film’s deft way of celebrating Black love and family. Charlie Walker may not be John Shaft, but Ann — and the filmmaker — want you to know that he’s still a nasty mother (shut your mouth).

I’m Charlie Walker
Not rated. Running time: 1 hour 18 minutes. In theaters and available to rent or buy on Apple TV, Vudu and other streaming platforms and pay TV operators.