In Cleveland, Schubert Outsings Even the Mighty ‘Otello’ 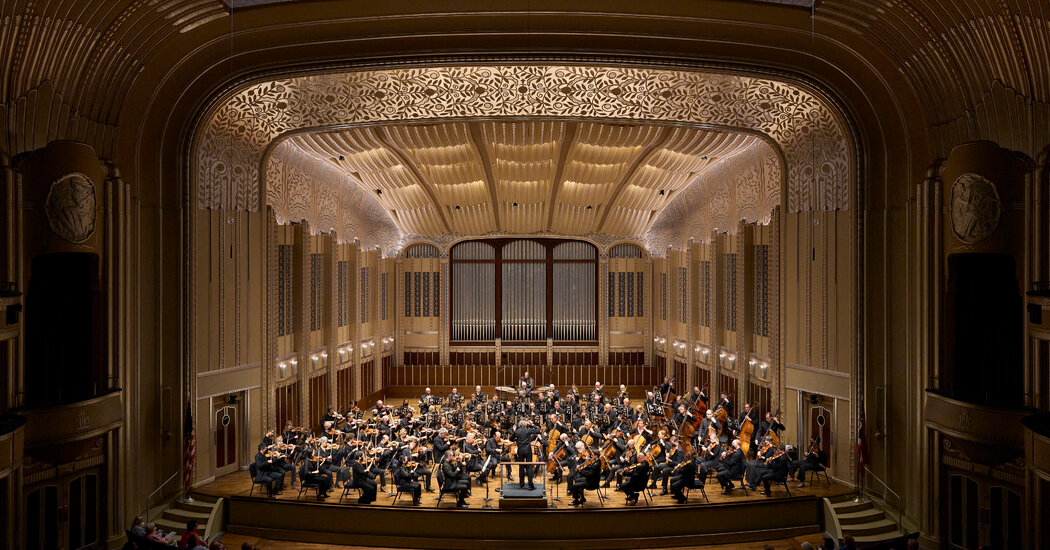 The soprano Tamara Wilson, as Desdemona, gained authority and tonal richness because the performance went on, her high notes strong and clear. But from the beginning, the baritone Christopher Maltman oozed juicy seductiveness as an imposing Iago.

Jennifer Johnson Cano’s mezzo-soprano was easily plangent as Emilia; the tenor Pene Pati was a sweetly ingenuous Cassio. The chorus, directed by Lisa Wong, was way more nuanced than usual on this piece, even while wearing face masks; I heard harmonies within the opening scene that were recent to me.

Regardless of the quibbles, few ensembles are able to do Schubert’s Ninth and “Otello” back-to-back with such accomplishment. A part of it’s doubtless the enchanted, silvery atmosphere of Severance, but there may be all the time a way of occasion when this orchestra performs.

Not that all the pieces is ideal. Attendance has been down this season from prepandemic averages, because it has been for a lot of arts institutions; the query is whether or not those numbers will rebound or settle right into a disconcerting recent normal.

And while Welser-Möst has filled many vital positions over the past few years, there are still a handful of openings, none more conspicuous than the concertmaster seat that has been vacant since William Preucil was fired in 2018 after an investigation revealed he had engaged in sexual misconduct and harassment. The orchestra’s principal trombonist was also fired then, for a similar reason; that chair stays empty, too.

But there was nothing to fear this weekend from either of those corners of the ensemble. Peter Otto, the primary associate concertmaster, gave a solo in Berg’s “Lyric Suite” — which preceded the Schubert on Friday — that had the self-effacing eloquence for which Cleveland is justly renowned. (Solos from this orchestra often, in the easiest way, don’t feel like solos in any respect.) And in the primary movement of the Schubert, the trombones played with an uncanny evocation of doleful distance, as in the event that they were on a close-by hilltop slightly than right in front of us.

It speaks to the depth of this extraordinary ensemble’s roster that what must have been its weaknesses ended up as particular strengths. And it was so, so good to be back here.

Otello
Through May 29 on the Severance Music Center, Cleveland; clevelandorchestra.com.