In Swiss Alps, Some Wonder What a Future Without Snow May Mean 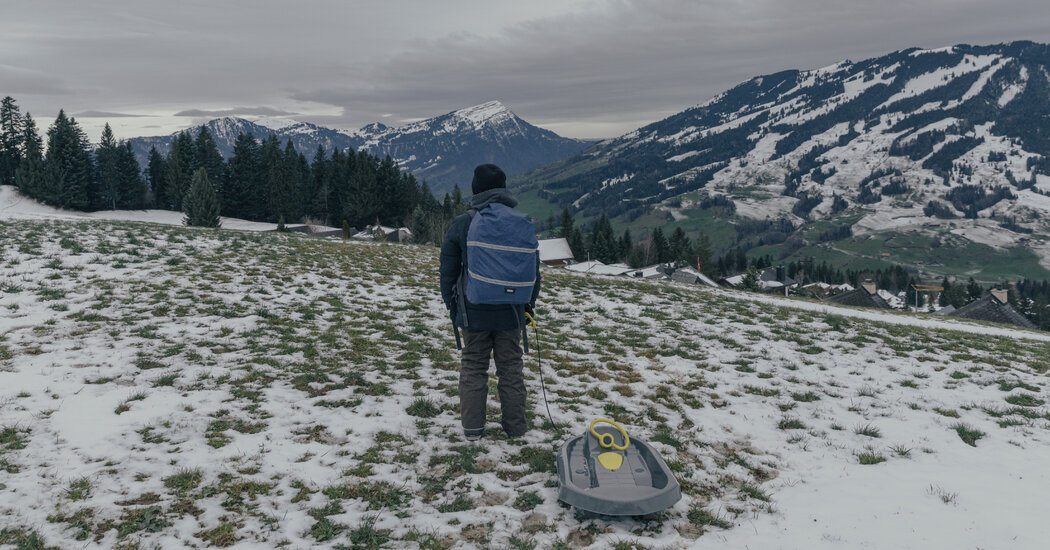 Within the Bavarian village of Ruhpolding, the tourism director, Gregor Matjan, helped the town save its longtime tradition of a Biathlon World Cup, a race mixing cross-country skiing with rifle shooting.

This yr, biathlon attendees slopped through mud to observe competitors whip along a track made from “farmed snow” — snow stored and packed from the previous winter and covered in reflective tarp. Since the covered piles require no electricity for cooling, he said, it’s a comparatively environmentally friendly option.

“This yr was really exceptional, but we all know that attributable to climate change, years like this may come more often,” he said. “So we have now to seek out ways to cope with the economic impact.”

Some, like Thomas Schmid in Sattel, have opened businesses that embrace the approaching change.

Mr. Schmid, an expert asset manager, sold off his father’s traditional Alpine cattle herd and purchased goats, shocking a few of his neighbors. But goats, he said, with their small hooves and lighter weight, cause less damage to Alpine vegetation more exposed without winter snow cover. And goats can resist the various temperatures higher than cows.

He and his sisters have now opened a restaurant and shop, Blüemlisberg, and are experimenting in making goat-milk chocolates and ice cream. They invite tourists’ children to come back play with the goats, and hikers to finish mountain treks at their restaurant with goat cheese fondue.

“I’m from here — it hurts me, too, to think we cannot ski here anymore,” Mr. Schmid said. “But persons are starting to come back to terms with this. The climate is changing. So we have now to, too.”