Inflation is past peak… but fall might be ‘bumpy’ 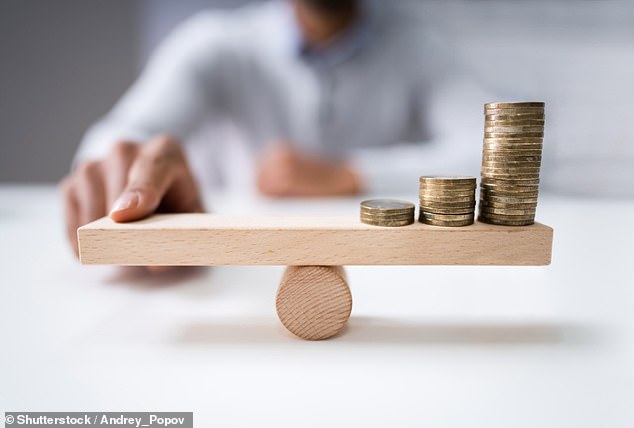 Inflation has probably peaked and price rises should slow through the remainder of the yr, experts say.

Falling petrol costs are expected to be the primary driver behind a forecast slide within the Consumer Price Index (CPI) when December’s figures are released this week.

Headline CPI, which peaked at 11.1 per cent in October, can have eased to only over 10 per cent. That is still near a four-decade high but no less than heading in the proper direction, economists say.

Balancing act: Economists warn it should take time before inflation is tamed and the Bank’s 2 per cent goal is met

This could encourage the Bank of England’s Monetary Policy Committee to temper further rises in its base rate, currently 3.5 per cent.

‘A continued falling trend should help to persuade the MPC that it will possibly begin to maneuver the Bank rate up in smaller increments than December’s half-percentage point,’ said Philip Shaw of the Investec group.

But economists warn it should take time before inflation is tamed and the Bank’s 2 per cent goal is met.

‘We must always now be on a gradual but bumpy trajectory right down to goal, which we expect will take no less than 18 months,’ said Deutsche Bank’s Sanjay Raja. ‘The recent fall in gas prices should help get us there slightly quicker if market pricing is sustained, or falls further, over the approaching quarters.’

Deutsche Bank believes the recent fall in wholesale gas prices to levels last seen before Russia’s invasion of Ukraine will drive down inflation by an additional three percentage points.

That may see household bills in June falling below the Government’s £3,000 energy price guarantee, and saving the Treasury no less than £10billion in support payments.