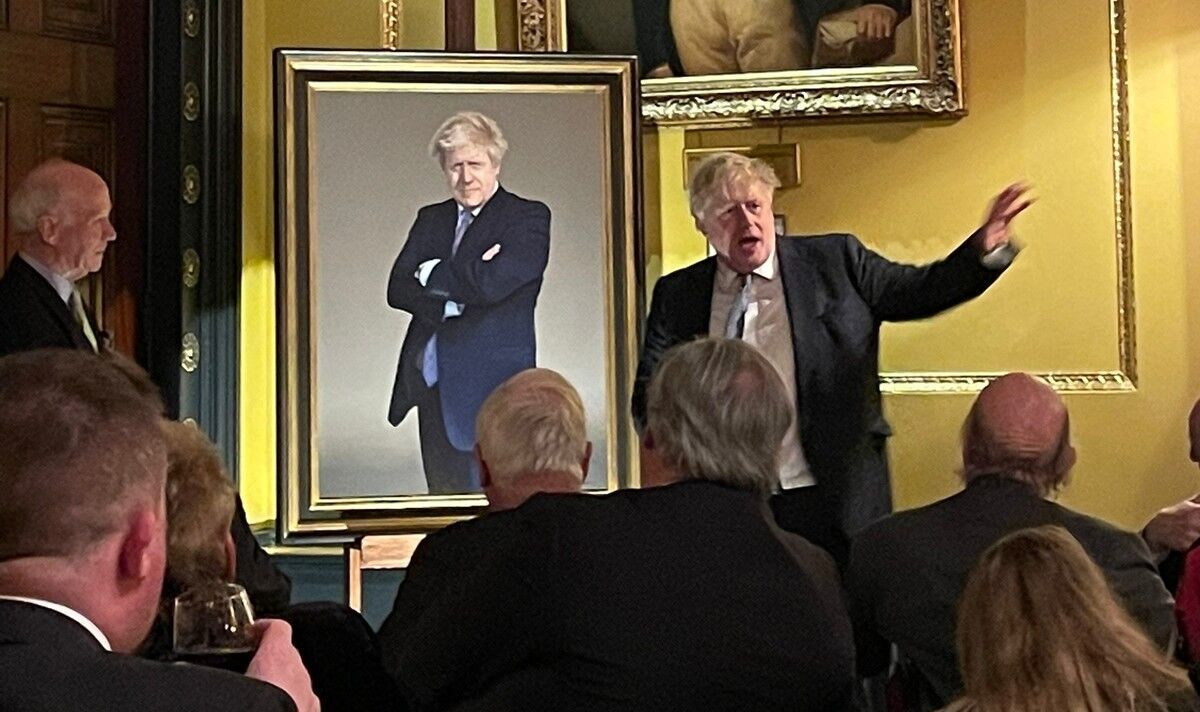 Boris Johnson’s speech on the Carlton Club last night where he unveiled an official portrait of himself was billed as the beginning of a political relaunch. But as a substitute the event was only attended by one other MP, his close ally Nigel Adams and not one of the alleged conspirators.

Guests dined on salmon and beef on the £120 a ticket event but while major party donors were present including George Kynoch, who sat at the highest table with Mr Johnson, there was a noticeable absence of MPs.

Friends and allies like Priti Patel, Nadine Dorries and Jacob Rees-Mogg who’re all known to be unhappy with the Rishi Sunak government weren’t present on the event.

Nor was Lord Cruddas, a former party treasurer who has helped to found the Conservative Democratic Organisation (CDO) to assist restore power to the party membership within the wake of Mr Sunak becoming leader with out a vote.

Allies of Mr Sunak have claimed that the CDO is a front to bring back Mr Johnson and there have been concerns last night that the event on the Carlton Club which has historic ties with the Conservative Party could be a launch pad for a comeback this yr for Mr Johnson.

Before Mr Johnson arrived shortly before the dinner through a pack of journalists, Sir Tony and Mr Adams could possibly be seen holding court with guests within the club bar and foyet in line with sources there.

The artist, Richard Stone, who has also painted the Queen amongst other commissions, was also present.

He told guests that the Boris Johnson picture had been two years within the making and had taken him a yr to color.

Satirically, the Carlton Club was the scene of the events which led to Mr Johnson’s demise as Prime Minister when former minister and shut ally Christopher Pincher is alleged to have sexually assaulted a guest.